What Kind of Woman Attracts an Aquarius Man? 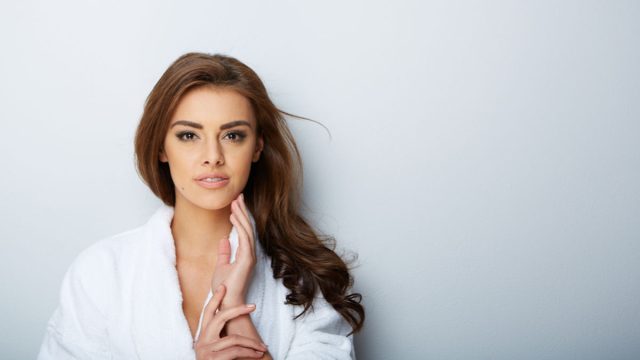 Do you have a crush on an Aquarian and wonder what kind of a woman attracts an Aquarius man? The answer to this question is not that straightforward.

Aquarius men are highly unconventional, and so is their taste in women.

Most Aquarius men are emotionally distant, which means that they are not attracted to average women.

Aquarian men are idealists, and they remain in search of the perfect soul mate. They may have thousands of friends, but they remain emotionally inaccessible to most of them.

Only a select few are allowed to enter their private lives. So, you may be wondering how you can determine if an Aquarian man is into you. How can you know whether you can be his ideal soul mate?

Aquarian men are attracted to women with certain traits. You need to understand an Aquarian man’s taste in women to know whether you will be compatible with him.

1. Women with an Eccentric Personality

An Aquarius man is attracted to women who are different and unusual. To attract an Aquarian man, you need to be impulsive, odd, and eccentric, just like him.

Most Aquarius men are unconventional by nature. They love women who will follow them in their eccentric activities.

An Aquarius man would drive hundreds of miles just to savor an experience, and he will want a woman who will follow him in his odd pursuits.

He is attracted to women who won’t express disgust at his odd behaviors and are accepting of his eccentricities. He wants to be with a woman who can adapt to their eccentricities.

2. Women with a Rebellious Personality

Aquarian men are rebellious by nature. They need someone with whom they can discuss their peculiar ideas.

And this need is perfectly fulfilled by a woman with a rebellious personality.

An Aquarian man likes eccentricities. He will feel enthralled to be in a relationship with a woman who seems out of the ordinary and acts without any kind of restraint.

A woman with a rebellious personality will have so much in common with an Aquarian man that it will be difficult for him to stay away from her for long. The two can have a lasting and enjoyable relationship.

3. Women with a Mysterious Personality

He likes women who have a lot of complex emotional layers like an onion. He likes to uncover hidden parts that are not revealed to everyone.

An Aquarius man will enjoy getting to know a woman who puts different faces in public and private life.

Aquarius men are curious by nature. They want to dig deep and find out the truth. Women with a mysterious personality attract them. They can be the ideal couple due to complementary traits.

Aquarian men mostly get along well with women with similar emotional and thought process.

An Aquarius man loves women who are sharp, intelligent, open to experiences, and independent. They have a natural chemistry that makes them a perfect couple. They bring out the best in each other due to complementary traits.

Since an Aquarian man has intellectual pursuits, he loves conversations with women with intellectual inclination. A relationship with an intellectual woman will be really exciting for him.

The intellectual nature of women attracts an Aquarius man. He wants to be in a relationship with women who value intellect above others. They can stimulate each other’s mind with intellectual conversations.

Aquarian men find conversations with an intellectual woman to be exciting. These men value long conversations about life and other subjects that make them think.

Mutual interests can result in conversations on seemingly unlimited topics. They might feel like little children when talking to each other.

An Aquarian man will love a woman who helps him explore the wonders of the mind. He is eager to form a bond with others to meet his inner needs.

When both partners are rational and intellectual by nature, the communication between them will be interesting.

5. Women with a Friendly Nature

An Aquarius man prefers women with an amiable personality. They give more priority to friendship as compared to a committed relationship.

An Aquarius man will want to be with a woman who acts more like a friend than a soul mate.

He wants to be with a woman who doesn’t give much thought to emotions. This can be liberating for an Aquarius man who feels constricted due to the emotional demands of a mate.

Aquarius men want partners who they can be friends with. If you try to be more a friend to your Aquarian man than a spouse, partner, or love interest, you will enjoy a blissful relationship.

Aquarian men like women who also have the need to be around people.

Women who are of a friendly nature get along well with each other without much conflict. Women with such a trait will make an Aquarian man comfortable.

With an Aquarius man, you first need to become a trustworthy friend. You should become a friend with whom he can share secrets.

He will take his own time in getting to know you. He won’t let you come close until you have gained his trust.

Accept his good and bad traits without trying to change him. All of this is important if you want to win his heart.

6. Women Who Are Full of Positivity

Aquarius men enjoy talking to women who are full of positive energy. They cherish their company since they can have lots of fun together.

They want a woman whose stamina and energy will help them fulfill their crazy ideas. This will result in lots of fun and excitement for them because they will remain attracted to the woman.

Moreover, Aquarian men are usually distant and unemotional. They take time to open up their feelings to others.

7. Women Who Are Warm and Lively

Women who are warm and lively have a clear advantage over others when it comes to a relationship with an Aquarius man.

The warm and lively emotions can easily penetrate the cold outer shell of an Aquarius man.

8. Women Who Are Spontaneous

An Aquarius man will be attracted to women who are spontaneous.

Nothing will squeeze the life out of a relationship with an Aquarian man more than control and possessiveness. If going on a trip, they don’t want everything to be planned beforehand.

An Aquarius man will like women who won’t control him and let him do whatever he wants to do. He loves to be with a woman who strives for a balanced, healthy, and flexible relationship.

You should remember that an Aquarius man doesn’t want to be influenced. He won’t be with a woman who will try to cage him up.

He likes a woman who won’t try to control him through daily phone calls or dates. He wants a companion who he can fly with – and also fly back to – whenever he wants.

9. Women with a Genuine Personality

Aquarian men are honest by nature. When choosing a partner, they’re more likely to prefer women who are open, honest, and genuine. These men cannot stand fakeness.

An Aquarian man doesn’t like being with a woman who plans her moves in order to appease him. He’s more likely to appreciate someone who is genuine and spontaneous.

You are not going to fit in a relationship with an Aquarius man if you try to be agreeable on everything. You should live your life and let him live his life.

If you want to be with an Aquarius person, you should act naturally. Avoid acting differently as it will turn him off.

10. Women Who Give Them Emotional Space

An Aquarian man is also attracted to women who don’t try to be too affectionate or clingy.

Aquarius men are easily overwhelmed during emotional situations and confrontations. They want some space to recharge, regain their cool, and prevent burnout.

Aquarius men like women who won’t complain about their sudden detachment. They want to be with a woman who won’t create a fuss when they become withdrawn.