10 Ways to Win Back a Virgo Man after a Breakup 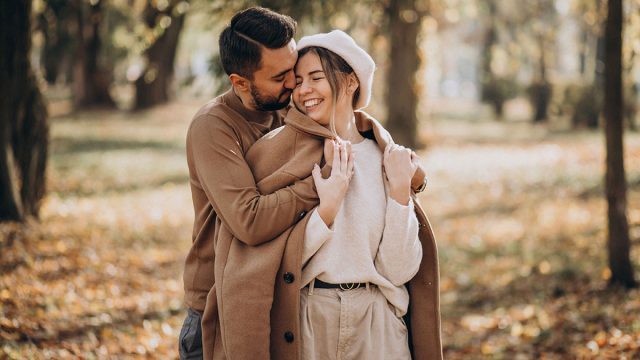 If you want to win back a Virgo man after breakup, you will need to understand his point of view.

You have to know what caused the relationship to end, and what he needs from you in order to reconcile.

Whether he ended the relationship or you did, you must pinpoint what wasn’t working and show him that you can repair it.

By understanding the typical Virgo personality, you can determine how to make Virgo man chase you and try to get you back.

Once you understand how he reacts to a breakup and what it takes to win him back, you can figure out how to reconnect with a Virgo man.

1. Let Him Know You Miss Him

Virgos are very shy and insecure, so a heartbroken Virgo male isn’t going to try to get you back if he thinks you’re over him.

Even if he’s the one who broke up with you, you can bet that your Virgo man is hurting. He doesn’t let many people get close to him, so letting you go is a huge loss for him.

It means a lot to a Virgo man if you reach out and let him know that you miss him. No matter how much you’re hurting, try to be kind and forgiving.

At some point, you were each other’s favorite person, and that doesn’t fade easily. Tell him you miss him and the good times you once had.

It’s unlike a Virgo to make the first move, even towards a reconciliation. If you want him back, don’t be afraid to reach out and let him know you are thinking of him.

2. Show Him You Don’t Need Him, but You Want Him

Virgos are nurturing by nature, and they like to take care of their partners. But a Virgo man doesn’t like when a woman is completely dependent on him.

If you are too needy or demanding, it could be the reason why the relationship didn’t work out. A Virgo wants his generosity to be optional rather than mandatory.

Virgos are very thrifty and don’t like to spend frivolously. If he suspects you only want him for financial reasons, he won’t take you back.

Virgos are also very hard workers, so having a good work ethic is attractive to him. Show him that you work hard too, and that you don’t need him to be the breadwinner.

A Virgo yearns to be wanted, but not used. Show him that you’re strong and independent, but still want him in your life even though you don’t need him.

3. Show Him the Ways You Are Compatible

Virgos are logical rather than emotional, and a Virgo man might end a relationship no matter how strong his feelings are if he thinks you’re incompatible.

Virgos worry a lot and like to plan for the future. When he sees serious signs of incompatibility between you two, he will break up with you even if he is in love.

If your Virgo man cited incompatibility during your break up, remind him of the important ways that you are compatible.

Give him examples of how your personalities balance each other out, or remind him that you both have the same morals and values. Tell him about your future plans and how they align with his.

A Virgo man will hesitate to get back together with you if he thinks ultimately you are too incompatible to make it last. Use logic to demonstrate your compatibility, and he will realize his mistake.

4. Show Him How You’ve Changed

Because they are so rational, a Virgo man will not want to get back together if he thinks you will just continue to have the same problems that ended the relationship in the first place.

For example, let’s say your Virgo man broke up with you because you weren’t ready to settle down. You were too unpredictable for him, and he wanted stability and a plan for the future.

Demonstrate that you’ve changed by letting him know that you’ve made a five-year plan, and you’re ready to commit to buying a house together.

Show him that whatever tore your relationship apart is no longer an issue, and he will feel much more secure about getting back together with you.

If you’re wondering, “Do Virgos go back to their ex,” the answer is rarely. If he was the one to end the relationship, it’s very unusual when a Virgo man wants you back.

If you’re able to prove your compatibility and get your Virgo ex back, recognize it for the rare gift it is, and don’t let him go again.

5. Remind Him of the Good Times

It’s hard for a Virgo man to let anyone see his true self. If he was in a committed relationship with you, he invested a lot of time and feelings in you.

Remind him of the reasons that he was attracted to you in the first place. Show him that you’re still the same woman he fell in love with before.

If you stop by the coffee shop you used to frequent together, send him a picture of your latte with a message that you’re thinking of him.

You could also try calling him to ask the name of the place that he took you on your first date, because you really liked it and wanted to take a friend there.

Find ways to remind him of the special moments you shared together. If you can get him to remember what made your relationship so good, it will help him forget what made it end.

6. Don’t Try to Make Him Jealous

Some signs are impassioned by envy. If they see their ex out on the town with a new partner, they will fight to get them back in a fit of jealousy.

This is not how Virgos react to jealousy. If he thinks you are moving on, it will only push him further away.

If you want to know how to hurt a Virgo man, brag about all the guys who have asked you out lately or bring a date to a party you know he’ll be attending.

He won’t think you’re trying to make him jealous; he’ll just assume you’ve moved on and are interested in somebody else. This will intimidate him and make him even less likely to try to get you back.

If he realizes you’re just trying to make him jealous, he won’t find it flattering. He will be angry or annoyed that you tried to hurt him, because he would never do that to you.

Be straightforward and let your Virgo man know that if you can’t be with him, you’d rather be single. Don’t waste your time trying to use jealousy to make him chase you.

Virgos are very straightforward and honest, and they expect the same of their partners. If you want to get back together with your Virgo ex, be direct instead of playing games.

Don’t try to manipulate or lie your way back into your Virgo ex’s heart. When he realizes you’re playing him, he will shut you out for good.

For example, if you plan to meet up with your Virgo ex to get the stuff you left at his place, don’t show up an hour late or with another guy just to mess with him.

If you play mind games with a Virgo ex, he will recognize it and it will only make him thankful that you broke up in the first place.

8. Don’t Talk Badly about Him to Your Mutual Friends

Even if your Virgo ex was the one to initiate the breakup, he still cares about you. If he doesn’t ask you directly, he will likely talk to your mutual friends to find out how you’re doing.

It may be tempting, but don’t talk trash about your ex with your mutual friends. If it gets back to him, he will think you resent him and will be less likely to want to get back together.

Also, don’t brag to your mutual friends about the new guy you’re dating, because when your ex hears about it, it will be the final nail in the coffin of your relationship.

Let your mutual friends know that you’re sad about the breakup and you miss your ex, but you are focusing on work, friends, and your hobbies.

Your ex will admire how you’re handling the breakup, and know that he has a chance of getting you back.

It’s good to give your Virgo ex some space after a breakup if you want to get him back. A Virgo man when hurt needs space, and you need to give him the opportunity to miss you.

You also don’t want to push him away by coming off as desperate and clingy. Don’t call him when you’re drunk, show up at his place uninvited, or engage in any other messy behavior.

However, you won’t be able to get back together if you’re not in touch. Allow a little time to pass, then reach out to your ex and let him know you want to stay in friendly contact.

Virgos crave consistent communication, and he will likely miss your calls and texts after the breakup. Give him a little taste of what he’s missing by reaching out once in a while.

Leaving a Virgo man alone for too long without any communication will not only not get him back, you’ll lose any sort of relationship with him at all.

If he reaches out and you never respond to him, he will assume you have moved on. He will stop contacting you and move on too, because that’s what happens when you ignore a Virgo man.

It can be hard for a Virgo man after break up to reach out first, no matter how much he wants to. Go ahead and send the first text or make the first call, and make an effort to keep in touch.

Your Virgo man doesn't love you anymore? Don't be so sure!

After your breakup, be careful about what you post on social media. If your ex sees your online profiles, you want him to see that you’re thriving, but not in a new relationship.

Don’t post pictures of yourself getting drunk at bars or on the arm of a new guy. Keep your pictures classy and cute, and only post pictures with family and friends instead of other men.

Make sure you look good in your photos, but don’t be too desperate for attention. Posting a photo of yourself in a bikini with a caption that you’re single now is sure to turn your Virgo ex off.

Your Virgo ex is much more likely to want you back if he sees photos of you smiling in front of a sunset rather than dancing on top of a table at a club.

Virgo Man & Aquarius Woman Compatibility: Perfect Match?How to Get a Virgo Man to Respond to Your Text
Hello, I'm Liz