10 Ways to Win Back a Sagittarius Man After a Breakup 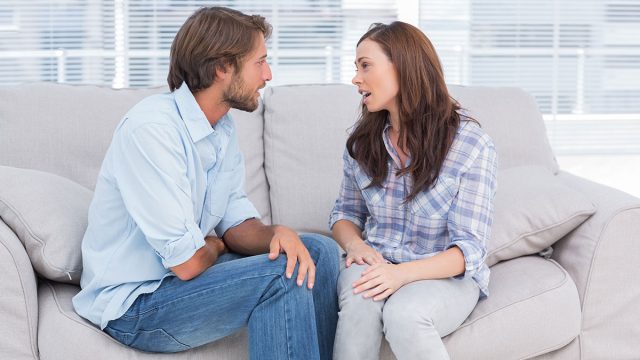 Winning back a Sagittarius man after a breakup is easier than winning back some other signs. He doesn’t always write people off just because a relationship ends.

You’ll need to show him that the new relationship will be different, though.

The most important thing to keep in mind when trying to win a Sagittarius man back after a breakup is that you should not pressure him or push for a new relationship. That will drive him away.

You may also need to be okay with having him in your life but not having him as a partner. He may want to be your friend but not your boyfriend. If you want to keep him around, you need to accept that.

Sometimes, you need to let him go and just work on yourself if you want to win him back eventually.

Do you want to know what to do when a Sagittarius man breaks up with you? The best thing to do right after this happens is to give him space. Even if you want him back, let him go (at least for a while).

One of the reasons a Sagittarius man might end a relationship in the first place is because he feels suffocated.

He likes to have a lot of freedom, and when he doesn’t feel like he’s getting it, it can make him miserable.

Having space sometimes gives him clarity about the relationship. He might realize what went wrong. He may realize all on his own that he wants you back. You don’t necessarily need to do any work at all to get him back.

If a little time apart doesn’t bring him back, don’t despair. There is still hope for fixing the relationship.

Sagittarius prefers partners who are as independent as he is. He doesn’t like to rely on other people too much, and he doesn’t like it when his partners are overly reliant on him either.

If he felt like you were too clingy, that might be part of the reason he ended the relationship. Instead, you need to show him that you’re independent.

Get used to doing things by yourself. Learn how to be okay with being alone. If he does message you or reach out, don’t jump on it right away. Make him wait.

When you ignore a Sagittarius man, you’re showing him that you don’t need him. This is a good thing! He wants you to be independent and not reliant on him.

He broke up with you for a reason. Show him that if he gets back together with you, things will be different the second time around.

Will a Sagittarius man come back after a breakup? Yes, it’s pretty common for him to. Often, he won’t come back to rekindle the relationship, though. Instead, he’ll come back seeking friendship.

Just because you broke up, that doesn’t mean he wants you out of his life entirely. He won’t write you off completely if you’re no longer dating.

This is especially true if you two didn’t have an explosive breakup. If the relationship just fizzled out, there are probably still things he likes about you.

If a Sagittarius man wants to be friends after a breakup, be open to the idea. You’ll never have the chance to win him back if you two aren’t still hanging out, after all.

You need to be okay with just being friends, though. This isn’t a sure sign that he wants you back. If you can’t handle the idea of potentially seeing him date other people, don’t be friends with him.

When a Sagittarius man is done with you for good, he’ll often cut off all communication. However, if he’s still willing to talk to you, this is a good sign.

Be open to still talking to him. However, you don’t need to do it constantly (remember, you’re also trying to show him you’re independent and don’t need his constant attention).

If he messages you or approaches you at a party, don’t be afraid to have a conversation with him.

If he didn’t want to talk to you at all, he wouldn’t bother. He’s not going to seek you out just because he thinks it’s the polite thing to do.

Sending a friendly message now and then isn’t a bad idea either. If you went on a cool trip, send him a couple of pictures. If there’s a new season of a show you used to watch together, message him to talk about it.

Even if you still care about him, he’s not in a relationship with you any longer. He may flirt with other people, go on dates, or even get into a new relationship. He is well within his rights to do so.

If you two are friends, this is especially important. If you’re jealous any time he’s interested in somebody, that’s going to ruin the friendship you two have.

It’s not always possible to control your emotions, of course. If you do get jealous, don’t act on it. Be cool. Don’t show him that you’re upset or give any indication that you’re bothered by him being with someone else.

Remember that Sagittarius men don’t always stop flirting with other people when they’re in relationships, either.

So if you want to rekindle your relationship with him, you need to be okay with him potentially still flirting with others.

There’s no point in playing the blame game if you’re trying to get your ex back.

There are likely many reasons behind why the two of you broke up. If he ended the relationship, you might want to place all the blame on him.

It’s easy to do that, especially if you thought things were going well and didn’t want to break up.

If he did do something specific that caused the relationship to end (such as cheating on you), really reflect on whether or not you actually want him back.

Sometimes we get nostalgic for the way things were. Sometimes getting back together isn’t actually a good idea.

If there are things you blame him for, come to terms with them. Forgive him. If you do get back together, the new relationship will be tainted by anything you’re still angry about.

If a Sagittarius man is hurt in love, he may be reluctant to let somebody back in. So don’t rush him or pressure him.

You might have done something that made him break up with you. If you hurt him or broke his trust, he’s not going to want to dive right back into a relationship with you.

Even if you show him you’ve changed, and things will be different, he won’t necessarily be on board right away.

He might still love you, but he won’t want to get back together if you push too hard. So let him do things at his own pace.

Wait for him to bring up potentially restarting your relationship. He’ll be more likely to get back together with you if he feels like it’s his idea.

Even if you two still hang out, remember that it’s not the same as when you two were dating. Your relationship is different now.

If you are overly familiar with him, he’ll be put off. You are his friend, not his partner. So don’t act like you’re still together.

Just be casual and try to act the same as you would with any other friend of yours. Become comfortable with your new, platonic relationship with him.

This will make it easier for him to warm up to you again. In addition, you’ll be able to get to know one another and see how you two have changed without there being any pressure or rush.

Even when a Sagittarius man wants you back, it may not always be exactly what you’re hoping for.

You may have been monogamous before, but he wants to try an open relationship the second time around.

He might want something casual instead of diving right back into a committed relationship. As a result, you may not get back the exact same relationship you had before.

If you used to live together, don’t expect him to move back in with you right away. You may need to treat this like an entirely new relationship. Something went wrong the first time, after all. Be open to changes.

If he sees you’re out there living your best life without him, that might be how to make a Sagittarius man regret losing you.

It would be untrue to say that a Sagittarius man always comes back. Even if you do all the “right” things, he might still be done with you for good.

Just live your life. You can’t put everything on hold just because you want him back. Be open to new relationships and new experiences.

If you two are meant to be together, things will work themselves out. So don’t stop living while you’re trying to get him back.

Sagittarius Men in Relationships – What You Need to KnowTop 10 Signs a Sagittarius Man Likes You
Hello, I'm Liz