10 Ways to Win Back a Pisces Man After a Breakup 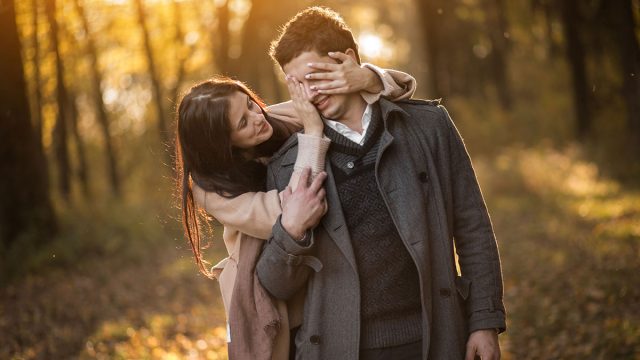 If your relationship with a Pisces guy has ended and you have regrets, then you’re probably wondering how to win back a Pisces man after a breakup.

How do you get him to give you a second chance?

Some signs move on quickly after a breakup and never look back or give their exes another thought, but a Pisces man doesn’t operate that way.

He is likely to come back to you, but only if you play your cards right.

By learning more about his zodiac sign’s typical personality and how he reacts to breakups, you will know exactly what to do to win back your Pisces man.

1. Stay in Touch With His Family and Friends

If you want to make a Pisces man miss you, you need to keep up with his family and friends.

Pisces men are usually very close to their families and spend a lot of time with their close friends, so you probably had the chance to connect with his loved ones during your relationship.

Stay in touch with his friends and family, even if it’s just over social media or a few text messages.

Not only will your Pisces guy think highly of you for treating his family well but it will also give you an indirect means of contacting him.

In the course of a conversation, let his family and friends know that you’re doing well, but you aren’t dating anyone and miss your Pisces man.

They are likely to bring it up next time they talk to him, and he will know that you are still talking to his family and interested in him.

2. Show Him How You Have Changed

If you want to make a Pisces man get back together with you, he needs to know that the relationship will be better than it was before the breakup.

Pisces men are sensitive and he won’t want to risk getting hurt by you again.

If you’re wondering how to approach a Pisces man after a breakup and win him back, you have to show him that you’ve changed.

You have to prove to him that you know what you did wrong in the relationship and that you are working on improving yourself.

For example, if you broke up because you were always at work and didn’t have any time for the relationship, let your Pisces man know that you have cut down your hours or started working from home sometimes.

He will be more inclined to take you back if you can show him evidence that you won’t break his heart again.

Pisces men are dreamers and always have their heads in the clouds. They need a partner who keeps them grounded and in touch with reality.

A Pisces man wants someone reliable he can count on to be there for him, no matter what.

If you want to know how to make a Pisces man miss you after a breakup, remind him how dependable you are.

If he breaks up with you only to call you hours later because he needs something, show up for him.

Instead of spitefully pulling away and leaving him in a lurch, let him see how much you care about him and how much value you add to his life.

4. Explore an Interest of His You Ignored Before

You can impress a Pisces man after a breakup by showing him that you have grown and changed.

One of the best ways to do this is to explore a hobby of his you avoided or ignored when you were dating.

For example, if your Pisces man loves to hike but you always refuse to go on long walks with him, look up a local trail and go for a long hike.

Take plenty of photos and post them to your social media so that he sees what you’ve been doing.

You might even want to text him and tell him that you’ve gotten into hiking and wish you’d given it a shot during the relationship because you really enjoy it.

This shows him that not only are you making changes to improve the relationship but you are also getting involved in and being considerate of his interests.

5. Give Him Time and Space to Think

Pisces tend to be introverted, so even though they love nothing more than being surrounded by loved ones, they also need a healthy amount of time alone to recharge.

When a Pisces man distances himself immediately after your breakup, you need to give him some breathing room.

Leaving a Pisces man alone to think and reminiscence might be the best way for him to realize that you are meant to be together.

Giving him space is not the same thing as ignoring a Pisces man after a breakup. Don’t give him the silent treatment or remove yourself from his life completely.

Instead, respect his boundaries and give him time to see what his life is like without you. He can’t miss you unless you spend a little time apart.

6. Don’t Stay Away From Him for Too Long

Although you should give your introverted Pisces guy some breathing room after a breakup, you don’t want to stay away for too long.

If you are asking yourself, “Will a Pisces man come back if I ignore him?” The answer is no.

Instead of making him curious about what you’re doing or pushing him to call you, giving him the silent treatment will only hurt his feelings and push him further away.

You should give him some time to think and space to miss you, but don’t slip out of his life completely or stay away too long.

If he thinks you’ve moved on without him, he will try to do the same because that’s what happens when you ignore a Pisces man.

7. Remind Him of the Good Times

If you are wondering how to make a Pisces man miss you, it’s always a good idea to remind him of happier times you had together.

Pisces men are sentimental and they tend to keep little mementos of pleasant memories or people they cherish.

Send your Pisces guy a playlist of all the songs you used to listen to together or post a photo on social media from a trip you took when you were dating.

If you still talk to him regularly, take every opportunity to bring up old memories and remind him of all the good times you shared.

8. Give Him Thoughtful Gifts

Pisces men are extraordinarily generous with everyone, but especially with their close loved ones.

A Pisces guy will spare no expense to show his partner how much he cares about her. When you were still with your Pisces guy, he probably showered you with gifts and tokens of his affection.

A Pisces guy doesn’t expect anything in return, but he deeply appreciates it when someone reciprocates his generosity.

Giving gifts is one of his love languages, so your Pisces guy understands that when you give him a present, you are really telling him how you feel.

You don’t need to spend a lot of money to impress your Pisces ex. Just make sure that whatever you get him is thoughtful and meaningful, and he will be tempted to get back together.

You could also try buying him something useful that you know he needs, like a new belt or set of dishes.

A practical gift not only shows that you are thoughtful and want to take care of him but is also likely to be used and remind him of you every day.

9. Don’t Criticize or Blame Him for the Breakup

When a Pisces man is done with you, he doesn’t want to hear about what he should have done to save the relationship.

Pisces men are so sensitive that they don’t take criticism well, and if a Pisces guy is already frustrated by the relationship, he doesn’t want to hear any negativity from you.

You don’t have to accept all of the blame for the relationship ending, but you need to recognize your part. Don’t try to point out what he did wrong or make him admit his side in it, too.

If you really want to get him back, you need to be willing to take responsibility for your actions and look past anything your Pisces man might have done to ruin your relationship.

10. Don’t Manipulate Him Into Getting Back Together

Although you may try as hard as you can to get your Pisces man back, you should never try to manipulate him into getting back together.

If you lie or trick your Pisces guy into taking you back and he finds out, it will ruin your chances of a reconciliation.

If you try to play his emotions by crying or acting desperate, he might get back with you out of pity, but he will become resentful and bitter.

Be honest and forthcoming with your Pisces man when you want him back. The only way you can rebuild your relationship is with trust, and manipulation is no way to establish confidence.

10 Tips for When a Pisces Man is Ignoring YouHow Do You Mentally Stimulate a Pisces Man?
Hello, I'm Liz