10 Ways to Win Back a Libra Man After a Breakup 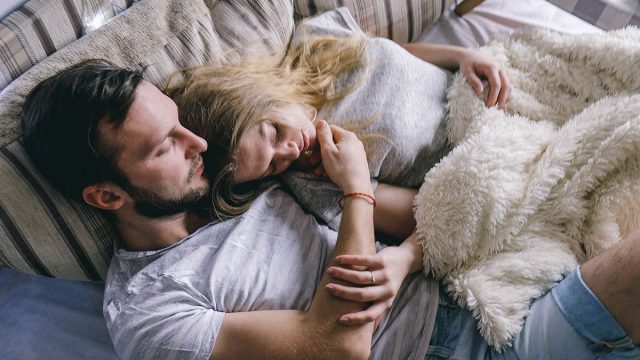 If you are regretting ending your relationship with a Libra guy, you are probably wondering how to win back a Libra man after a breakup.

Is it possible to reconcile with this sign, or does he move on quickly?

In most instances, it’s highly possible to get a Libra ex back. This sign is forgiving and wants to make peace rather than harbor ill will towards an ex.

So, what should you do to show him you want him back and that your relationship will be better this time?

By understanding his sign’s typical personality traits and psychological characteristics, you can get a better sense of how to win back a Libra man after a breakup.

1. Reach Out to Him First

If you are wondering, “Will Libra man come back after a breakup?” The answer is yes, in most cases, with a few specific exceptions.

If you dumped your Libra man, there is a strong chance you will be able to win him back.

But even when a Libra man wants you back, he might not want to make the first move towards reconciliation. You already broke his heart once, so he doesn’t want to set himself up for more rejection.

If you don’t reach out to your Libra guy first, you might never get to reconnect with him, even if you both want to rekindle your romance.

Regardless of the circumstances of your breakup, don’t be afraid to make the first move on your Libra ex if you really want to get him back.

Your Libra guy probably won’t decide to get back together quickly because he doesn’t make any decisions quickly, no matter how inconsequential.

If you are wondering what to do when a Libra man pulls away, you have to give him a little space.

You can’t completely ignore him, but you can’t try to rush him into deciding on getting back together, either.

The more pressure you put on him to get back together, the more confused and indecisive he will become.

Even if you do get back together, he will still feel anxious about the decision if he didn’t reach it in his own time without your influence.

One of the things that makes getting a Libra ex back so difficult is that this sign is never single for long.

Libras are the happiest when they are in a committed relationship, and they are also quite charming and lovable. Men born under this sign are very popular and in high demand.

Don’t waste any time trying to get your Libra ex back. If you don’t chase a Libra man, he will probably run straight into someone else’s arms.

Leaving a Libra man alone for too long gives him time to meet and fall in love with somebody new.

If you hesitate and wait to tell him how you feel, don’t be surprised if he has moved on and it’s too late.

4. Shower Him with Gifts

If your relationship ended badly and he is upset, your Libra ex might ignore your calls and texts. It can be a challenge to communicate that you want him back when a Libra man stops talking to you.

If you want to know how to get a Libra man back after a breakup when he’s giving you the silent treatment, try sending him a thoughtful and expensive gift.

Libras like nice things and they love receiving presents, even if they are from someone they don’t want to see.

The trick is to send your Libra guy something that he can’t refuse. Try ordering delivery of his favorite meal to his house at dinnertime – he is too practical to throw it away, so he will enjoy eating it.

You could even purchase two tickets to an event you know he’s dying to go to, like a football game or a concert. Choose a place you know he’ll enjoy, even if it’s not necessarily something you care to attend.

Send him one ticket and ask him to meet you there. He will appreciate the effort you are making and will probably show up at the event, giving you a chance to talk.

5. Be Calm and Rational

If your Libra ex gets angry or depressed after your breakup, don’t take this as one of the signs a Libra man is not into you.

When a Libra loses control of his emotions, it’s actually a positive sign that he still has strong feelings for you.

But since he is usually calm and collected, a Libra guy isn’t attracted to someone who lets their emotions get the best of them frequently.

To get your Libra ex back, don’t think that crying and getting sentimental is the way to win him over. Even if he does take you back out of guilt, he will still have doubts about the relationship.

But if you show him that you are logical and have specific reasons why you want to get back together, he will be impressed and more likely to take you back.

6. Show Him You Miss Him, Not Just the Relationship

Libras like being in a relationship, but they won’t commit to just anyone. They take their time getting to know their partners before they make any promises.

A Libra man desires a woman who wants to be with him but doesn’t need him. If your Libra ex suspects that you only want to get back together because you’re lonely or bored, he won’t be interested.

You have to prove to him that you want to be in a relationship with him, not just anybody. He doesn’t want you to come back to him out of convenience.

Similarly, he doesn’t want you to come back to him because you need him for his money, connections, or anything else.

Show you how independent you are and that you can live without him, but you still want to be together because you love him.

7. Make Promises You Can Keep

Libras are notoriously non-committal and have a hard time making any choices, whether they are deciding who they want to marry or what sandwich to order for lunch.

The reason Libras make so few commitments is that their word is important to them, so they only make promises they know they can keep.

If you want to get your Libra ex back, don’t make any promises that you won’t be able to uphold. When you fail him, even though you may have the best intentions, he will lose trust in you completely.

For example, if you broke up because you weren’t spending enough time together, don’t promise that you will see him three times a week when you know your work schedule won’t allow it.

If you want to win your Libra’s love and trust back, be specific in your promises, and only make commitments that you know you can keep.

8. Ask Him What He Needs From You

If you are wondering how to know when a Libra man is done with you, he will make it clear when there is no chance of getting back together.

This usually only happens if he dumped you, and he thought about the breakup for a long time before ending the relationship.

You need to ask your Libra guy if there is anything he needs from you, either to prove yourself to him before getting back together or what you can do to improve the relationship.

He is more likely to take you back if he has some assurance that things will be different this time.

Ideally, you should suggest a few changes you will make before asking for his input, but you shouldn’t wait for him to tell you what he needs before you ask.

Although Libras are friendly and popular, they often earn the reputation of being unreliable and flaky.

Libras are busy socialites and they have tons of friends, so they can’t be dependable for everyone.

But a Libra guy needs a partner he can count on, and he is reliable and loyal to her in return.

If you want to know how to get a Libra man to miss you, continue to be loyal to him and show him how dependable you are.

Even though you are single, if you want your Libra man back, don’t go out on dates with other guys. Answer the phone when he calls, and show up for him when he needs help.

When you prove your loyalty to him, your Libra guy will see how devoted you are and how much he relies on you.

10. Be Honest and Sincere

Since your relationship ended, there is a good chance that the trust between you and your Libra guy is broken.

If you want to get him back, you have to show him that you are trustworthy and sincere. Even the smallest gestures can help rebuild trust and get your relationship back on track.

For example, if you dated someone else in the time you were broken up and your Libra guy asks you about it, you have to be honest.

If you lie and say you didn’t go on any dates but your Libra guy finds out some other way, it will totally ruin your chance with him.

Be open and honest, but kind and tactful when you communicate with your Libra ex. If you want to win him back, you need to prove that he can trust you again.

How to Seduce a Libra Man in 10 Easy StepsHow do You Turn a Libra Man On Sexually?
Hello, I'm Liz