10 Tips to Win Back the Heart of a Cancer Man 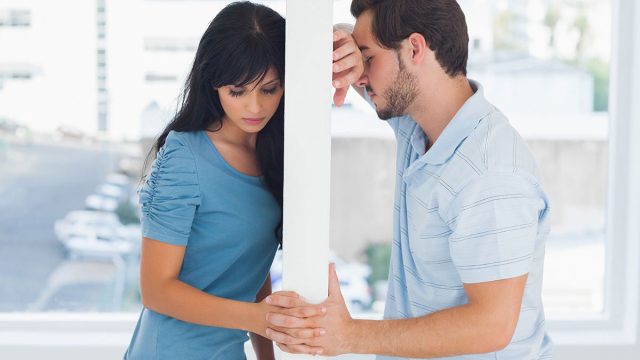 If you want to win back a Cancer man after a breakup, you need to understand his moody nature. Chances are he wants to repair the relationship too.

If he stays away, that means he’s scared. But you can still win his heart again.

If you’ve done something wrong, you need to know how to get a Cancer man to forgive you. Even if the breakup isn’t your fault, he’ll find a way to see himself as the victim.

Getting a Cancer man to forgive can be easy. If he loves you, he’ll think the best of you. He’ll miss you right away. Just wait out his mood and he’ll be back.

Being dumped by a Cancer man is rare. Usually he holds on for dear life. If you broke up with him and changed your mind, chances are he’ll want you back.

1. Give Him Space to Vent

Will a Cancer man come back if you ignore him? This depends on the situation. If you’ve got history together and he’s deeply hurt, ignoring him at first can be the best way to go. He needs time to vent and deal with his pain.

Yet if you were just getting the relationship started and don’t know each other that well yet, ignoring him for too long will make him think he doesn’t have a chance. He may still care about you but he’ll move on.

It’s best to give him some space to vent at first, but if the relationship was new to begin with, don’t completely ignore him. He doesn’t know your signals yet. Cancer men are sensitive. He’ll misread your silence as lack of interest.

You want to let him know he still stands a chance but also give him the space he needs to work through his emotions. Also, giving him space to miss you can work to your advantage.

2. Remind Him of Your Nurturing Side

If you think you’re seeing signs a Cancer man is playing you, when the relationship gets rocky, he won’t stick around. This is a sure sign he was never serious to begin with. Usually Cancer men hold on until the bitter end.

If you want to encourage a Cancer man who shows signs of commitment, remind him of your nurturing side. He’ll miss you and miss the way you made him feel. A Cancer man who is serious about you is easy to lure back.

You may try to nurture him directly even after a breakup. Also, you can show your nurturing and loving side to others (just not other men, he has a jealous streak). Show him how caring you can be toward friends, children and even strangers.

If you want to know how to tell a Cancer man you miss him, show up with his favorite meal. Send him a text to let him know you’re thinking of him. Let him know your life isn’t the same without him.

3. Make Him Feel Guilty for Leaving

Sometimes you may be tempted to go low after a breakup. It’s not recommended with a Cancer man. He’s too sensitive. If you play on any negative emotions, guilt is most effective.

If you want to know how to make a Cancer man feel guilty, let him see that you are falling apart without him. That won’t work with most guys. But Cancer men have a responsibility complex.

He will feel terrible when he sees how shattered you are by the breakup. He’ll want to spend more time with you at first just to check on you and because he feels guilty. Over time this will turn into effort to repair the relationship.

4. Remind Him of Your Home

A Cancer man will make positive associations about you, home and comfort. When you remind him how much he loved spending time at your place or remind him of feeling comfortable and at home in general, he’ll want to come back.

Post pictures of yourself comfortable inside your house on social media. This will remind him of the times you spent together. You never have to question if a Cancer man is checking your feed, he is.

Remind him of the home you shared if you lived together. You may contact him to let him know you found something of his but also take that opportunity to remind him of some nostalgic aspect of your life together.

5. Be Friends with His Family

Will a Cancer man come back after a breakup? Usually he will. He may need time and encouragement because he’s likely hurt. One way to bridge the gap and help him feel reassured is to get to him through his family.

Maintaining friendships with his family is a good way to stay on your Cancer man’s mind. Also, when you’re friends with his sister or mother, you don’t have to do the hard work of getting him back.

They’ll remind him on a daily basis how much they like you and what a big mistake he is making. They’ll encourage him to reach out to you and work things out. Eventually, he’ll come around.

6. Get Nostalgic About Your Favorite Places

Use this to your advantage. Remind him of your favorite places and the things you used to do together. Remind him of the good times from your past. Eventually, a Cancer man will call up the good memories on his own.

Then he’ll realize the good memories far outweigh the bad memories. When this happens, you’ll see him make a complete turnaround. He’ll suddenly want to spend more time with you.

This is the first stage of a Cancer man trying to come back into your life. He may completely forget the arguments or reason for the breakup. At the very least, he’ll put it on the backburner.

A Cancer man and ex-girlfriends can sometimes be friends, but when the breakup is still recent, he likely is still in love. Use this to your advantage. He likely hasn’t gotten over you yet.

It takes Cancer men a long time to get over a relationship, even if things ended badly. Know that he still loves you and likely wishes things could be different. If he’s staying away it means he’s scared.

It may also mean he hasn’t yet figured out how to solve the problems in the relationship. You can help him out in this regard. Nurture the emotional connection he already has to you.

Show him positive attention and encourage him to trust you and communicate with you. While this is happening, bring up the ideas you’ve had about what can be different and how the relationship can be improved.

Make a Cancer man obsess over you, and make him love you forever.

8. Tell Him He’s Your Soul Mate

A Cancer man in love has a deep seated belief that things will work out in the end, no matter how rocky the relationship or how much time goes by. Show him that you believe love conquers all as well.

Tell him he’s your Soul Mate and that you know in your heart the two of you were meant to be together. He may have some doubts, but if he hears that you are this confident about the relationship, he’ll set his doubts aside.

He’ll want to give the relationship another chance. He believes in intuition and fate and if he thinks you believe he is your Soul Mate then he will want to fulfill his destiny with you.

He’ll take the chance of getting hurt again because he is a hopeless romantic and loves the idea of a partnership that is destined to be. He may even second guess his own intuition if you tell him your intuition tells you he’s the One.

One of the best things you can do to heal a relationship with a Cancer man is to show him he can trust you. Whatever damage has been done before the breakup, don’t make it worse by playing games.

He won’t forgive you if you try to make him jealous or do things to hurt him further. Even if he doesn’t show it, he wants you back and is hurting without you. If you can show him he can trust you, he’ll ease up.

He’ll slowly start to take chances in the relationship again. You’ll see him start to open up more. Be consistent and reliable and be completely honest now. It may take time but he’ll come around.

Your Cancer man doesn't love you anymore? Don't be so sure!

10. Be Transparent About Your Pain

Some guys are tempted to come back to a relationship when they see you acting confident and living your best life. Not a Cancer man. If he sees that you aren’t acting completely devastated, he’ll think you didn’t care.

He’ll wonder why his heart is broken in a million pieces and you’re smiling in public. Of course, you may just be faking it and hiding your own pain. But this won’t bring him back to you.

A Cancer man needs to know the breakup is as painful for you as it is for him. Be transparent. Don’t hide your pain. A Cancer man will know you still love him when you show him how hard the breakup his for you.