8 Tips to Win Back the Heart of an Aquarius Man 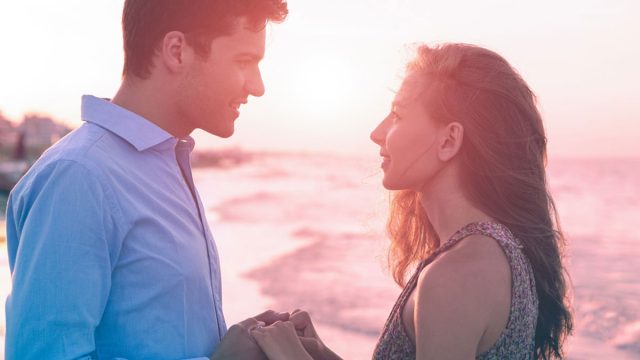 After a bad breakup, can you really win back an Aquarius man?

Aquarius men tend to have a kind heart that can break easily, making it hard to win them back. But a little bit of effort can help.

Despite being unexpressive with their emotions, Aquarius men are very sensitive. This is why when an Aquarius man is angry at you, you’ve crossed the line too much.

In addition, Aquarius men have certain traits that contribute to their somewhat unforgiving nature. Yet, if they see you making an effort, their hearts can be won back.

They are altruistic and understand other people’s point of view. By taking the right approach while making your apology, you can figure out how to get an Aquarius man to stop ignoring you.

1. Be Sincere in your Acceptance and Apology

A simple “sorry” doesn’t cut it when you’re trying to win back an Aquarius man.

Just apologizing for something that was truly your mistake won’t be enough. An Aquarius man knows that it was your fault and won’t change their mind unless you accept it too.

Aquarius men are very sensitive and need to know that you understand and fully realize that what you did was wrong. They will even try to make you understand this point.

A mere sorry will be only an empty apology for them that doesn’t mean anything. You will have to prove that you are sincere and genuine.

What makes an Aquarius man come back is a heartfelt acceptance and apology for what you did wrong, along with an effort to correct it.

Aquarius men truly want to see a better world and improve what’s wrong with it. When he sees you trying to make things right and improving yourself, he will accept your apology.

2. Give Them Room to Breathe

Aquarius men love having their personal space and freedom. They despise being imposed on by other people, regardless of whether they are still in a relationship with them or not.

They are used to living their life on their own terms and maintain very high standards that they have set. If someone breaks this boundary and tries to push them out of their comfort zone, they stop talking to them.

If you are trying to win back an Aquarius man, don’t push them too hard. Don’t overload them with tons of questions or apologies.

Aquarius men need space and quiet to calm down and think through the situations. They are unemotional and very logical about arguments.

By giving them the space to think about the situation over, the chances of them forgiving you will be much higher. Apologize once, explain your point of view, and let them ponder over it.

Once they calm down and evaluate your genuine apology, they will come around.

3. Reach Out After Some Time

Even though this tip is effective, remember not to be too aggressive as that will be contrary to the tip above.

In their fit of anger and hurt, Aquarius men often completely cut off from their source of anger. This doesn’t exclude your or any other person that broke their heart or hurt their feelings.

To sort through these feelings and calm down the overhaul of emotions they are experiencing, Aquarius men need their space. However, they can often extend the silence and distance too far.

When you are trying to win back an Aquarius man, you may need to reach out to them after some time to apologize again.

Be very methodical about it. Don’t bring up past arguments or their silence on the subject. They have probably gone over the situation and made up their mind.

Just accept your mistake and articulate your apology genuinely while ensuring them that it won’t happen again. Also, give them the assurance that you’re trying to improve.

One important consideration for when you reach out to an Aquarius man is that you do it privately. Don’t start discussing your relationship when there are people around.

This will not only make an Aquarius man feel vulnerable but make them angrier at you. In fact, they may even storm off and not talk to you for a long time.

Once your Aquarius man is ready to sit down and have a conversation about the breakup or fight, be ready for a deep dive and some brutal honesty.

You will have set aside emotions and sensitivities and get uncomfortable to get to the bottom of why the Aquarius man broke up with you. Any seduction tricks won’t work.

They have probably thought about exactly what they want to say and the proof they need to back up their claims. They won’t care for being sensitive and will want an equally sound explanation from you.

Since they are straightforward and practical, they will expect you to be the same in your argument. They will let you know exactly why they broke up with you.

If you want to win back an Aquarius man, be ready to present the counter-argument and make an honest case for your relationship along with accepting and apologizing for your mistake.

Aquarius men are not only opinionated but also quick-witted in their remarks and rebuttals. If you’re not a savvy communicator, practice and hone your skills.

5. Be Sincere and Mature About it

Nagging, childish apologies, tantrums, and excessive crying will not be your friends when you’re trying to win back an Aquarius man. Remember the unemotional nature of the Aquarian sign.

Your composure and maturity about the situation will be crucial when you’re learning how to get an Aquarius man back after a breakup. Coming off emotionally wrought will only push them away or make them angrier.

Aquarius men despise being with people who don’t have control over their emotions and are compulsive with their actions. If he sees either of these behaviors in you, your chances of reconciliation are even lower.

If you are an emotional person and let them out by crying, do it in private. While you give an Aquarius man the space to breathe, take the time to evaluate your own emotions.

Cry out all the tears and think about how you will go about justifying yourself. Choose your words carefully and make sure you have proof and argument to back them up.

Word your apology in a way that conveys your regret along with the sincerity with which you will try to improve your behavior.

This way, you can be mature during your discussion and make a sincere apology. Your chances of winning him will be much better when he knows you’ve thought about it and genuinely want to reconcile.

6. Reassure them Even when On a Break

If you are trying to win back an Aquarius man, chances are that you don’t want to break up and/or move on. In that case, you will need to reassure the Aquarius man of this as well.

While unemotional on the outside, Aquarius men are sensitive and can be the jealous types. They might burst out with raging jealousy, Aquarians still feel insecure and threatened by others.

Even when you two are split up or on a break, you should not go out on dates or openly flirt with someone in front of your Aquarian man.

You need to reassure your Aquarius man that you are seeking reconciliation with only them. This will let them know that you truly care for them and want to improve your relationship by an effort.

In addition to your proclamations of love and apology, back them up with your actions. This will be crucial in making an Aquarius man to consider reconciliation and getting back to you.

Depending on the reason of the breakup and the sensitivity of the situation, playing hard to get can actually prove effective to win back an Aquarius man.

Just like you did to attract them at the beginning of your relationship, ignore them. Not to the point where they think you’ve lost all interest and want to move, just enough to make them make the first move.

Let them come to you, whether it’s a telephone conversation or a date and then leave them wanting more. End the conversation first, have an excuse to end the date early etc.

These tactics have proven to work well on men who are born under the Aquarian sign. When they see that despite them being mad at you, you’re not coming forth, they will initiate the conversation.

These men value the connections they make and are fiercely loyal. The thought of losing a friend in you they really care about will push them to seek your attention.

Plus, this will help push aside some of the anger and spite they might have, increasing the chances he will accept your apology right away.

Being friends with a possible lover might sound odd but it works, especially if your relationship with an Aquarius man has fizzled out.

You might still have romantic feelings for your Aquarius man but he might think that the connection you two shared has now ebbed.

As Aquarius men value close friendships more than romantic relationships, you have a chance of reinvigorating romance by being just his friend. This is an effective way to get back an Aquarius man as they are loyal to their friends.

You will need to compartmentalize your romantic afflictions for him in order to pursue a platonic relationship in or to win back an Aquarius man.

Once you have nurtured the relationship back to the point where he’s comfortable with you and trusts you, you can revisit the possibility of making things more romantic.

Seeing that you care for him, support him in all his endeavors, and genuinely love him, his feelings of love and lust for you will rush back to him.