5 Ways to Win Back an Aquarius Man after a Breakup 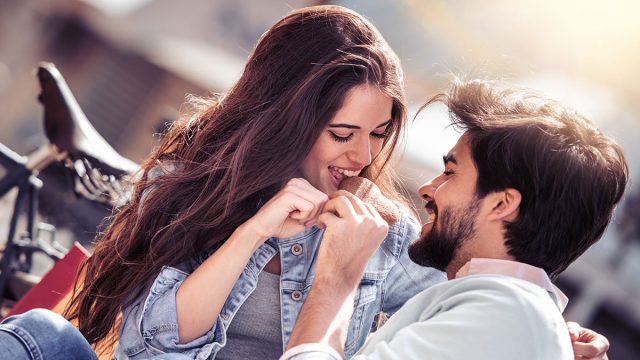 To win back an Aquarius man after a breakup is a challenge in its own, but now that you’ve lost your man’s heart, you’ve to win it back, too.

The journey might be difficult, but love does heal all wounds.

He surely will, but at his own pace and only when he is completely able and ready to deal with whatever that has happened between the two of you.

You have to respect their privacy and give them all the time they need to come around. After that, he’s all yours.

A breakup takes a toll on an Aquarius man’s heart, and the best thing to do is to let him go so that he comes back to you again.

It might sound like a harsh thing to do, and you probably think it will worsen things; it won’t. Aquarius men are big on personal space and freedom, and you need to give him that for the time being.

One question that is likely to bother you here is if an Aquarius man ignores you does that mean he is testing you? Well, he could be. They are known to be very unpredictable and display erratic behaviors.

Do not worry about Aquarius man ghosting; he is probably just using that time to think and analyze the situation.

Even if this means ignoring an Aquarius man back, do it. Just be cool about the breakup, get on with your daily life, and let him go.

The harder you push him to come back or try to overload him with tons of explanations, apologies, and questions, the farther they’ll go away from you. There may even come a time that he is gone for good.

You certainly don’t want that to happen, so make sure to give your man his due space – time to think and ponder over how he wants to take things from that point onwards.

So, the more space you give your man and allow him to think things through, the greater the chances are that they’ll hear you out and possibly even forgive you sooner than you expect them to.

If your Aquarius man wants to be friends after breakup and comes back with that kind of an offer, take it. You can always turn things around and win his heart over like before!

Always bear the fact in mind that Aquarius men hate drama and unnecessary arguments, so don’t give him that. Be cool, let him be, and wait for the right time.

2. Be Poised and Graceful

One thing that will surely drive your man away is incessant begging, apologizing, crying, and throwing tantrums. Acting like a child doesn’t work at all when dealing with this sign because they absolutely hate it.

Try to be graceful and maintain poise when talking to him or when he’s around. Giving obvious signs or being in his face all the time will not do you well at all.

For instance, if a group of your mutual friends decides to go out for lunch, don’t act needy or try to constantly grab his attention while he’s talking to other people.

Keep calm and cool, do your own thing, and just act normal. Eat your food, talk to people, sip your wine, and be yourself. That might just catch his eye and attention, much to your surprise.

Aquarius men have a thing or two for women who act mature, display a sense of dignity, self-confidence, and elegance. For some men, it’s even sexy, and that might turn them on; who’s to know?

So, don’t be an apologetic, whiny person. Rather, show that you have great control over your emotions and feelings and that you aren’t convulsive with your behavior and actions.

You know what makes an Aquarius man come back most of the time? Making him realize all that he’s missing!

From those walks on the beach, spontaneous lunch plans at your favorite restaurants, long calls during the night, sharing an ice-cream in the scorching heat, the cute good-morning texts- it could be anything!

However, the key is to be as subtle as possible and not just throw things in their face. If you try too hard and be overly obvious in your attempts to win him back, it’ll only push him away.

If he likes a particular perfume of yours, make sure to wear it whenever you meet him and use that scent as a reminder of the good time you both have shared and spent.

The second he smells a whiff of that perfume, it will instantly take him back, and possibly make him remember the beautiful memories and feelings.

Be cute and thoughtful instead of leaving around obvious hints that would only panic him, if anything at all.

Another super subtle thing you can do is leave behind a few things of yours back at his place or in his car in order to just evoke the memories of your relationship in his head.

For instance, it could be a movie ticket, a souvenir, a gift that you won from a game, an earring, or a hair clip of yours that he likes. Seeing these things will simply make him smile and miss you.

But, make sure that you don’t leave anything intimate or too personal such as your toothbrush, clothes, or any such thing. It will give your Aquarius man an actual fright, and he might run away.

4. Pick New Hobbies and Interests and Make Sure to Let Him Know

Aquarius men love variety, and there are no two ways about it! It perks up his levels of curiosity and excitement when he sees something new or notices a change in you.

From a whole new look to acquiring an interesting new hobby, make sure to let your man know about all these changes because this is exactly what you need to grab his attention.

He will literally hook to you like a fish in the net because if he notices something different about you, he will do whatever it takes to know more.

Let him know subtly that you have joined a dance class and are learning a new dance move or perhaps that you are trying your hand at playing the violin and are taking music lessons.

Aquarius men love women who try new things and experiment, so use that to your advantage and hit him right where it hurts!

5. Communicate With Him at the Right Time

It takes a while for Aquarius men to come around, but when they do, know that it is the right time to communicate.

After a breakup, your man is likely to ignore you initially, and an Aquarius man’s silent treatment can be quite intimidating. However, that’s quite characteristic of them, so don’t worry too much.

They also often tend to distance themselves from people who hurt them, break their heart, or cause them pain. If you did the same to them, they will cut you off for some time, too.

This is like their coping mechanism to calm down and sort through these overwhelming feelings.

However, once he has done that successfully and is ready to sit down and talk, communicate to him, and make amends. Apologize for the things that you did and convince him that it won’t happen again. But no false promises!

Aquarius disappears and comes back, and that’s usually the case, but don’t take that for granted. If he decides to leave for good, there’s nothing that you can do to bring him back.

So, try to maintain your calm and composure and wait till he’s ready. When communicating with him, prepare yourself for a whole lot of things.

Firstly, make sure to leave all your emotions, feelings, and sensitivities back home and adopt a very sensible and practical approach. Aquarius men are straightforward, and they hate beating about the bush.

Then, make sure to be honest and try to understand why your Aquarius man broke up with you. At this point, things like flirting or seduction won’t work at all, so don’t even try.

Your man is looking forward to a sound, well-thought-out, and reasonable explanation from you, so give him just that. Make an honest case, apologize for your mistakes, and let them know that you want to give things another chance.

Dating an Aquarius man is surely a challenge, but winning him back after a breakup is definitely a step higher. However, do not let that demotivate you or give up all hope.

If you truly love your man and want him to come back, he will because an Aquarius man always comes back, but at his own pace. Allow him to mull things over and wait for the tough moments to pass.