Why Are Virgo Men So…? 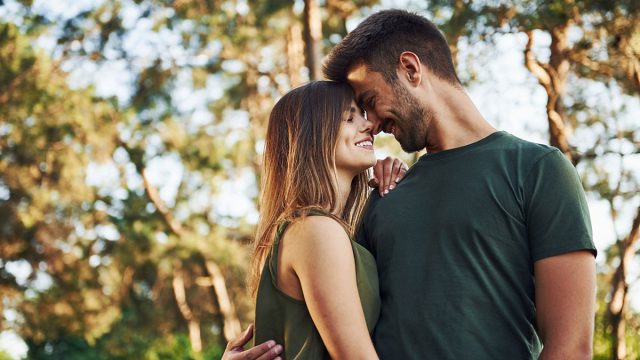 Why are Virgo men so difficult in relationships? This question perplexes many women who fall in love with men born under this sign.

He’s friendly, helpful and impeccable. He seems perfect, but makes everything so complicated.

Knowing what a Virgo man likes in a woman is important to setting the foundation for a relationship. But it is only half of the picture.

You also need to have a very firm grasp on the traits and inner workings of a Virgo man’s personality. He is likely to seem cold and indifferent if you don’t.

Virgo men are complicated until you understand his inner motivation. He doesn’t approach love and romance the way most guys do.

Why are Virgo Men so Hard to Love?

A Virgo man, when he talks to a woman, is always looking for ways to be helpful. This can make him seem like the perfect boyfriend. But when he’s in an actual relationship, he doesn’t open up emotionally.

Instead, he may still act like he’s just a friend. What’s worse, he’ll criticize you or find fault with everything. This isn’t personal. It’s part of his nature to pick everything apart and overanalyze every situation.

This can make it hard to love a Virgo man. You never really know where you stand because he’s closed off. At the same time, he constantly offers suggestions. Over time it just seems like he’s finding fault and not nurturing.

Yet Virgo men aren’t trying to make love difficult. They just approach love from a pragmatic standpoint. When a Virgo man loves you, he’ll want to help you. He assumes his critical feedback is helpful.

Get your Virgo man back after a breakup thanks to this short video.

Why are Virgo Men so Attractive?

Common Virgo man characteristics are his intelligence and thoughtfulness. Yet Virgo men also have a notable attractive quality. They may not be dashing in a rugged kind of way. Instead, their attractiveness comes from their tidy appearance.

Virgo men are perfectionists. They usually eat well and get a decent amount of exercise. They don’t always lift weights to build muscle, but they do favor functional exercise. They hike, canoe, swim and ski.

They are also meticulous about their appearance. They never want to look sloppy. Even if a Virgo man isn’t well versed in fashion, he knows how to stay neat and presentable. This can make him attractive in a traditional way.

Why are Virgo Men so Busy?

How does a Virgo man test you? All he needs to do is to be himself. That alone is a test. Virgo men are busy and married to their schedules. If he sees that you can deal with his routines, he’ll be more inclined to trust you.

But if you try to get him to change his plans and spend more time with you, he’ll back away. Even if a Virgo man loves you, his work comes first. He’s perpetually busy. This is in part because he loves to be productive.

But it is also partially because he loves to serve others. He’s constantly volunteering to mow his neighbors’ lawns, help his grandmother with chores, pick up groceries for friends who don’t drive and so forth.

Your Virgo love interest will spread himself thin. He’ll expect you to understand that he’s a busy guy. This doesn’t change when he falls in love. Not even when he makes a commitment. He will keep himself excessively busy.

Why are Virgo Men so Complicated?

Being patient with a Virgo man is essential. He’s complicated because he doesn’t act like most other guys. A Virgo man isn’t motivated by sex or lust. He is methodical and cautious.

He may give you all the right romantic signals and then stall for weeks at a time. Virgo men are complicated because unlike most people, they aren’t motivated by emotion at all. They will forsake their passions and desires in order to maintain security.

Virgo men love to be productive and cautious. This makes them seem complicated because they will not give in to romantic impulses. A Virgo man will profess his love for you one moment and act cold and calculating the next moment.

They can be complicated because just when you expect a Virgo man to open up, he’ll become distant. When he starts to fall in love, he’ll shut down. He’ll do the opposite of what you’re expecting. Virgo men do this to preserve their sense of security.

Why are Virgo Men so Charming?

Are Virgo men players? The answer to this question is typically no. Yet Virgo men are charming and friendly. It can seem like he’s flirting with other women when he doesn’t even intend to do so.

Virgo men are charming because they are highly intelligent yet also come across as naïve. They are cautious yet friendly. They have a sensitive and romantic side and can be sentimental.

A Virgo man can say all the right things to disarm your defenses and encourage you to fall in love with him. He does this in an unassuming way. Even if he’s not ready for romance, his eyes will sparkle when he talks to you about love.

Why are Virgo Men so Defensive?

Virgo men are kind and unassuming, but they are also control freaks. If he feels you’re taking up too much of his time or trying to move too fast, he’ll become defensive. He may project resentments onto you.

He may also suddenly become cold or even harsh. This is a sure sign you’ve triggered a defense reaction. Virgos don’t go looking for confrontation. Yet if they feel that rational explanations haven’t been working, they will become defensive.

Why are Virgo Men so Insecure?

Virgo men put up a good front, but underneath it all, they are highly insecure. A Virgo man will work tirelessly to try to control situations that are actually far beyond his control. For this reason, he frequently feels insecure.

Every time he feels out of control, he becomes insecure. This can be triggered by innocent things like running late to an appointment. If a Virgo man doesn’t see things panning out the way he planned, his insecurities are triggered.

He will also become insecure at the onset of any new relationship. This is because he’s introducing a new element into the picture. He’s now got to combine his routines with yours. This is scary for him and makes him feel insecure.

Why are Virgo Men so Intimidating?

Virgo men don’t mean to intimidate anyone. In fact, they would be surprised to hear anyone say they are intimidating. Yet the truth is, Virgo men can have this effect on others. This is because they are hard to read emotionally.

Virgo men can be curt, abrupt and to the point. All while maintaining a Poker face. This, combined with their high intelligence and sometimes condescending demeanor, can make Virgo men seem intimidating to others.

A Virgo man can unknowingly intimidate others by being too harsh or coming across as critical. His intellect far outweighs his empathy and so he can come across as demanding or cold.

Unless you truly understand his personality, it can seem that a Virgo man is cruel. Yet this is far from the case. He’s just efficient, rational and not driven by sympathy or sensitivity toward others.

Why are Virgo Men so Kind?

A Virgo male’s traits when in love are relatively similar to his traits when he just wants to be friends. Regardless of whether he is romantically or platonically interested, he’ll be kind and offer to be helpful.

Virgos actually have a soft spot for people in need. Sometimes, their idea of helping can come across as criticism or nagging. Yet behind this behavior is a desire to be of service.

Virgo men are kind because they believe it is their duty to help other people. Especially when it comes to small details of daily life. They are polite and tend to be traditional in their views of chivalry and manners.

A Virgo man’s likes and dislikes in a woman match his personality. He likes women who are patient, cautious, responsible and also sensitive and considerate. He doesn’t like drama or confrontations.

Your Virgo man doesn't love you anymore? Don't be so sure!

Why are Virgo Men so Organized?

Signs a Virgo man is falling for you are carefully hidden. He is good at remaining discreet. One sign is when he tries to spend more time with you, even going so far as to change his schedule. Yet even then, he’s highly organized.

Even when a Virgo man is madly in love with you, he won’t let his feelings get in the way of his methodical routines and organized lifestyle. If you are unhygienic or sloppy, he will want to have nothing to do with you.

Virgo men are organized because their minds work like computers. They have to file everything into compartments and folders in order to make sense of the world. They are also efficient and always analyzing and researching.

Virgo men find security in being orderly and tidy. Being organized helps them feel secure and in control. They don’t like wasting time with tasks like looking for lost items. Instead, they’ll keep their home and office clean and organized.

Why Are Cancer Men So…?Why Are Aquarius Men So…?
Hello, I'm Liz