Why Are Taurus Men So…? 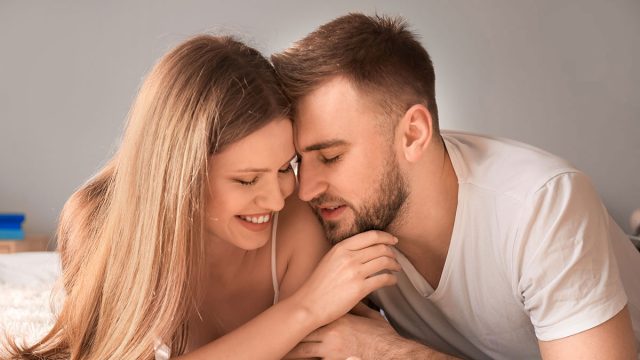 Why are Taurus men so difficult to connect with? On so many levels, he’s the perfect guy.

But when it comes time to get serious about a relationship, Taurus men don’t always follow through.

The reason why a Taurus man misses you is usually because he’s gone a long time without seeing you. He’s sentimental but guarded.

Taurus men won’t let their defenses down easily. This can make them both charming and frustrating.

Figuring out why a Taurus man does so many confusing things is complicated. You have to understand a Taurus man’s personality.

Why are Taurus Men so Good in Bed?

If you’re wondering how to emotionally connect with a Taurus man, you may try to use intimacy as a way to get to his heart. Taurus men are good in bed, but they can separate love and sex.

He can be patient and will take his time to make sure both you and he are highly satisfied with intimate encounters. You can’t rush a Taurus man in bed, and you wouldn’t want to.

Why are Taurus Men so Hard to Love?

A Taurus man’s early dating style is confusing and frustrating. He can seem hard to love because he seems to hide from love and commitment.

He actually craves commitment, loyalty, love and affection. But when he gets close to really falling in love, he’ll shut down and hide from his deeper feelings. A Taurus man will seem hard to love.

He may push you away after chasing you for an extended period of time. He will love it when you share an affectionate and romantic weekend but then you may not hear from him the rest of the week.

A Taurus man is also hard to love because he’s stubborn. He can insist on having his own way. He will buy you flowers, jewelry and expensive gifts, but when it comes to making a solid commitment he will shut down and hide from being vulnerable.

Why are Taurus Men so Attractive?

When you see signs a Taurus man is in love with you, you may think you’re good to go. But before you rush forward, keep in mind Taurus men are complicated. They aren’t like other guys.

Taurus men are attractive. Their sign is ruled by the planet Venus, and this helps in the attraction department. Taurus men are gorgeous and they usually know it.

They take good care of their bodies and may even be vain. A Taurus man won’t leave the house unless he looks his best and is dressed to impress. He’ll keep up with the latest fashions.

He knows how to play up his best features. He is also attracted to women who are beautiful and take care of their appearance. He knows that beauty brings a certain kind of power.

He’ll put his best foot forward and make sure that he upholds a certain physical image. He knows he looks good and he holds himself to a high standard to keep up his physique and image.

Why are Taurus Men so Touchy?

Taurus men are surprisingly sensitive. He may act tough and be dismissive of others’ feelings. He can be all business and tune out sentimentality when he needs to. But don’t say the wrong thing to a Taurus man.

He’s touchy, even though he tries to hide it. A Taurus man has a reactive and sentimental side that he tries to hide. His feelings are easily hurt and he can easily be offended at the drop of a hat.

What’s more, when he is offended or upset, he’s slow to forgive. He may not even come out and tell you how he feels. He’ll keep his emotions to himself and leave you guessing as to what you did wrong.

A Taurus man is touchy because he is highly insecure. He doesn’t have as much of a thick skin as he tries to convey. Though he can suppress his emotions, a Taurus man will react strongly to being hurt or offended.

He’s touchy about specific topics in particular. Namely his finances, family and health. If you try to give him advice on any of these areas of his life, he may become offended.

Why are Taurus Men so Special?

A Taurus man who is in love can take an unusually long time to commit. But he’s unique in his level of loyalty and commitment once he finally takes the plunge. When a Taurus man does commit, he’ll seldom break his promises.

His honesty is also exceptional. He’s special because he will tell you the truth, no matter how painful it may seem. A Taurus man will be honest to a fault.

You may know right away that Taurus men are special. They don’t follow along with the crowd and aren’t afraid to blaze their own trail. A Taurus man will work diligently to create a secure foundation for you when he cares about you.

Why are Taurus Men so Smart?

If you want to know how a Taurus man expresses love, you’ve got to look for the subtle signs of his affection. Taurus men are smart. They are likely to try to intellectualize their feelings.

Taurus men will also try to stay a step ahead of you in order to avoid commitment before they are ready. He’s intelligent and knows how to find loopholes.

He will try to make the best possible moves to benefit his family, health and financial standing. He knows how to run a business and even if he doesn’t run his own business, he’s smart when it comes to practical skills.

Why are Taurus Men so Successful?

A Taurus man’s negative traits include his possessive, materialistic, and stubborn nature. But these traits also help him to achieve success. Taurus men are often self-made successes.

A Taurus man will do whatever it takes to succeed in his career. He’ll also build wealth using whatever resources are available to him. He will try to come out on top no matter what obstacles he faces.

A Taurus man prides himself on his successes. He measures his self-worth based on his net worth. This is one of the reasons he makes sure his efforts are fruitful.

Taurus men also pick their battles. They don’t take risks and they make sure their efforts will be successful. A Taurus man will stack the deck in favor of his own success.

Why are Taurus Men so Possessive?

If you want to know how to handle a Taurus man, you have to be prepared to deal with his materialistic, possessive nature. Why is a Taurus man possessive? He is concrete and sensual.

He only feels secure when he acquires assets, resources and concrete signs of stability. When it comes to relationships, he will only feel secure when he feels like he has your heart.

Taurus men can be jealous and as a result his possessive side can come to the surface. He may question why you didn’t answer the phone. He’ll ask you who you were with when he sees you with another guy.

This is because Taurus men are possessive as a means of feeling secure in a relationship. He will want to take control of the relationship because he is controlling by nature across the board.

Why are Taurus Men so Patient?

If you’re wondering how to make a Taurus man chase you, the most important thing you can do is to be patient. It is imperative that you not chase a Taurus man.

Taurus men are patient because they are slow moving, cautious and considerate. As an earth sign, he doesn’t like to be rushed. Taurus men know that good things take time.

They aren’t moved by emotion, but by cool, detached logic. They are also practical and concerned with security. For this reason as well, they are patient by default.

If you want to know how to make a Taurus man chase you after a breakup, you have to move slowly. Wait him out and give him a chance to miss you. It may take a longer time than you expect.

Just when you’re about to give up on any hope he will come around, a Taurus man will surprise you. But he’s patient and slow moving. He won’t be easily influenced to make decisions.

Why are Taurus Men so Observant?

If you’re wondering what to do when a Taurus man ignores you, the best thing you can do is to keep your cool and show him that you are the woman of his dreams. He’ll pick up on your subtle cues.

Taurus men are observant. They don’t like drama and they hold back rather than showing emotions. This gives them plenty of space to sit back and observe the people around them.

Taurus men will pick up on every little detail from your tone of voice to your body language. He’s observant because he wants to make sure he is in control. This helps him stay a step ahead of you.

10 Ways to Win Back a Taurus Man After a Breakup5 Taurus Man Spirit Animals That Best Represent Him
Hello, I'm Liz