Why Are Pisces Men So…? 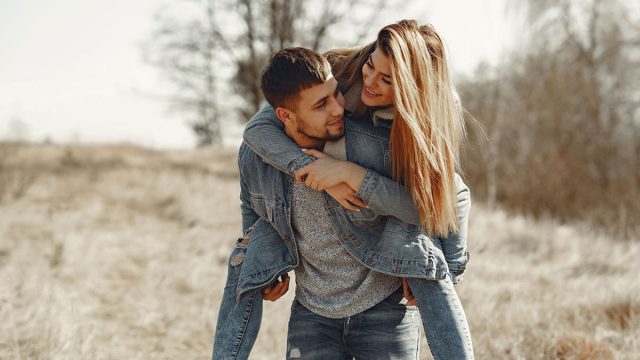 Why are Pisces men so amazing in love but frustrating when it comes to commitment? Pisces men seem like a dream come true.

They are great at romance but not as good at tending to the details in a long term relationship.

How does a Pisces man test you? He will test the waters in a relationship before he really lets his guard down.

When he feels secure around you, however, he’ll become completely obsessed with you. He’ll want to be with you all the time.

Pisces men can be devoted, loving and affectionate. They can also be noncommittal, elusive and escapist.

Why are Pisces Men so Good in Bed?

What attracts a Pisces man to a woman is her sensitivity, compassion and empathy for others. Pisces men can be humanitarians and can be deeply loving.

Pisces men are good in bed because they are so sensitive and empathic. They are affectionate and loving. Pisces men care about pleasing the person they love. This makes them great lovers.

Why are Pisces Men so Attractive?

When a Pisces man has a crush, you can be sure he will pursue you. Even if he does so from a distance. Pisces men are attractive and loving. They don’t always realize how attractive they are, however.

Pisces men have a dreamy, mystical look that turns women on. They don’t even have to try to be charming. Pisces men also have a tendency to attract women by having a troubled, wounded or tortured artist personality.

Part of the attractiveness a Pisces man projects to others is that of being sensitive and wounded. Women who are nurturing, healing and empathetic are often drawn to Pisces men for this reason.

Pisces men aren’t vain. They don’t need to be. A Pisces man is naturally attractive to women. He may even make you feel like you are his soul mate.

Why are Pisces Men so Cute?

When you see signs a Pisces man is in love with you, you’re in luck. You can rest assured this Pisces man will make you the center of his world. He’ll do anything he can to get your attention and your heart.

Pisces men are cute and they play up their innocent and charming appearance. They have a naïve and childlike personality and this adds to their appearance of being cute, affectionate and loving.

Pisces men aren’t afraid to have fun, play and even to be silly. Their fun-loving side can be endearing. A Pisces man is cute because he is soft, affectionate and will do anything to make you laugh.

A Pisces man’s personality is also nurturing, but in a light-hearted way. He loves to role play and may try to entertain you. A Pisces man can be cute and amusing when he’s trying to make you happy.

Why are Pisces Men so Different?

There is no doubt about it, but a Pisces man is different. He is in tune with the spiritual realms and is also highly empathetic. His sensitivity sets him apart from the average person.

A Pisces man in bed can be sensitive and nurturing. He will stand out as different from other men because he’s so attentive to your needs. Pisces men are different because they make decisions based on intuition, not logic.

He lets his heart lead the way. He may march to his own drumbeat. While he’s sensitive to the opinions of others and can be impressionable, he won’t let others dissuade him from his intuition.

Why are Pisces Men so Secretive?

Understanding a Pisces man can be difficult unless you really get to know his personality style. He can be open, loving and expressive but also highly secretive.

Pisces men protect their vulnerable side and this can lead them to be secretive. Pisces men can also be introverted. Pisces men will wait to reveal their inner world.

But once a Pisces man falls in love, he’ll show you a complete turnaround. A Pisces man in love will reveal all of his deepest, darkest secrets.

He’ll expect you to do the same, as a form of bonding. He may also try to bond with you by sharing all of his past traumas. If you don’t reciprocate, he may feel like you’re rejecting him or being too distant.

Why are Pisces Men so Confusing?

When a Pisces man is done with you, there may be little you can do to change his mind. What makes a Pisces man confusing can be his tendency to love bomb you but then disappear when he’s had enough.

A Pisces man doesn’t end a relationship easily. He doesn’t take it lightly when deciding to let go of a relationship. He can be confusing because he’ll often go back and forth.

He may be confusing because he’ll hang on to the relationship or waver back and forth. He may commit one minute and say he needs space the next minute, only to then change his mind again.

A Pisces man will confuse you by being ruled by his emotions. He will feed into his desires and feelings rather than staying grounded and using his logic.

Why are Pisces Men so Creative?

Let a Pisces man chase you if you’re serious about a relationship with him. A Pisces man in love with you will become creative about how he chases you and shows his love for you.

He can be one of the most creative people in the zodiac. A Pisces man not interested in you won’t put any effort into pursuing you. A Pisces man uses his creativity to court his love interest.

He’s artistic and creative because he’s tapped into spiritual inspiration at all times. He may be talented in a variety of artforms and humanities. He may express himself artistically better than verbally.

Why are Pisces Men so Competitive?

For the most part, a Pisces man will go with the flow. He doesn’t try to one up other people. Yet he can have a competitive streak. A Pisces man will compete for the attention of his love interest.

He will move mountains to win the heart of the woman he loves. Yet he is also competitive when it comes to the artistic or musical world. He’s naturally creative and would rather collaborate.

Pisces men will compete to win your heart if they are in love with you. This is sometimes fueled by illusions and delusions. Pisces men may give in to fantasies and as a result will come to feel entitled to success they haven’t earned.

This can fuel their competitive side. A Pisces man will fantasize about fame, glory and wealth and this can lead him to compete with others. Yet he’s not a fierce competitor. He wants to win on behalf of others, not to dominate others.

Why are Pisces Men so Dreamy?

Pisces men are mystical and dreamy. They are the most intuitive and empathetic sign in the zodiac a Pisces man will awaken your creative side and may be your muse.

Pisces men don’t fully live in reality. They are always tuned in to the spiritual and dream world. They can get lost in fantasies and are consumed by their vision. This can make them eccentric.

It also makes Pisces men inspired and unique. His dreamy nature can make him fascinating but also potentially unrealistic. He’s dreamy because he sees what is possible and doesn’t want to commit to anything that would limit his fantasies.

Yet this can also mean he will refuse to be practical in situations that call for a realistic perspective. Pisces men can be idealistic to the point of being lost in a dreamworld. He can use his idealism as a way to escape from dealing with reality.

Why are Pisces Men so Deep?

As the most intuitive and empathetic water sign in the zodiac, a Pisces man is deep. There is no questioning the depths of his emotions. He may go into a deep melancholy mood at the drop of a hat.

Any mundane situation carries great emotional significance for a Pisces man. He’ll feel deeply troubled by any disturbance or loss. Anyone in his life feeling discontent can lead him to a deep depression.

A Pisces man will feel what others feel, but he’ll feel it more intensely. He can enjoy the euphoria of a relationship but also the great sorrows.

A Pisces man is also a deep thinker. He reflects on everything and may seem to be an expert navel gazer. He can get lost in introspection and make mountains out of molehills.

As a highly spiritual person, a Pisces man is also deep when it comes to his beliefs and philosophy. He understands the connection between mundane and spiritual events and is emotionally tied to such insights.

He will look at everything on multiple levels. A Pisces man will make deep interpretations of every event. This can lead him to complicate things and read too much into innocent comments. He can become insecure as a result.

10 Tips to Win Back the Heart of a Pisces ManWhat is The Pisces Man’s Spirit Animal?
Hello, I'm Liz