Why Are Capricorn Men So…? 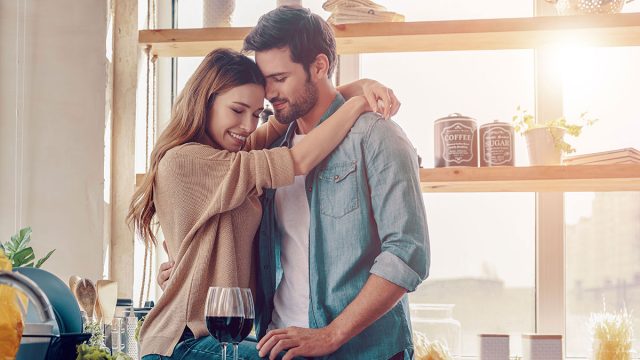 Why are Capricorn men so cold and aloof? Capricorn men have many great gifts, but in relationships it seems their best traits don’t come to the surface.

Capricorn men can be difficult in personal relationships. They approach relationships in a business-like way.

How does a Capricorn man test a woman? He doesn’t go out of his way to test you. His aloof and detached nature is a test in itself.

If you don’t have a thick skin, you’ll likely become discouraged with a Capricorn man. He can be difficult to read emotionally and he seldom shows his vulnerable side.

Why are Capricorn Men so Hard to Understand?

Are Capricorn men controlling? The answer is usually yes. They prefer to keep control in order to maintain their strict routines and schedules. They are conscious of time limits and deadlines.

Capricorn men can be hard to understand because they are rigid and demanding but can also seem cold and aloof. Yet even in their aloof style, they are still deeply caring and sensitive. They don’t always speak freely and this makes them hard to understand.

Capricorn men could avoid a lot of conflicts if they simply spoke their minds more freely. Yet Capricorn men are men of few words and this can keep you guessing. This is especially true when it comes to his deeper feelings and romantic desires.

He’ll assume you already know what he’s feeling and will remain much like a riddle. He’ll drop hints and expect you to naturally be able to figure things out for yourself.

Why are Capricorn Men so Hot?

Capricorn men are unusually hot and in surprising ways. They don’t exude passion or simmer with sexuality, but their appeal is understated. Capricorn men are status conscious more than they are image conscious.

Yet if you are drawn to a man who is wealthy and successful, you’ll find a Capricorn hot. He may appeal to you because of his attractiveness due to the way he dresses or his personality or both.

Some Capricorn men only wear the best quality clothes and dress to impress. Some may even get manicures or be impeccable groomers. Other Capricorn men are driven more by financial motivation and practicality. They won’t overspend on appearance but will dress to match his career or business.

Regardless of his personal style, a Capricorn man will come across as hot because he is confident and sure of himself. He will also appear attractive to others because he is aloof. Women who are drawn to quiet, thoughtful men will find him irresistible.

Why are Capricorn Men so Difficult?

When a Capricorn man kisses you, he is taking a risk emotionally and making a big step toward commitment and intimacy. He’s difficult because he never wants to surrender his independence or jeopardize his security. Yet when he is certain of you, he’ll want to commit instantly.

Why do Capricorn men withdraw? They panic when they begin to fall in love because love makes them open and vulnerable. Capricorn men will also push love away if they feel that their romantic interest is interfering with their financial interests or career.

All of these contradictions between how he feels and how he acts can make it difficult for a Capricorn man in love. He is also difficult because he has a fixation on doing things the hard way. Capricorn men love to endure and prove themselves.

To others, it may look like a Capricorn man likes to make himself suffer. This isn’t exactly true, he simply believes that challenging situations always bring rewards. Since he believes this, a Capricorn man won’t shy away from challenges.

Why are Capricorn Men so Unforgiving?

What attracts a Capricorn man? Hard work and financial stability are good attributes to begin with. In addition to this, Capricorn men love women who are responsible, honest and aren’t afraid to face hardship.

He also holds himself to a high standard personally. Because he is so strict and self-disciplined, it also follows that he would hold others to a high standard. He becomes disappointed with others who don’t live up to the expectations he has for himself.

Why are Capricorn Men so Uptight?

A Capricorn man has a reputation for being uptight. This is no surprise if you understand a Capricorn man’s personality. He takes everything in life too seriously. This can lead him to have a lot of anxiety.

He keeps his schedule strict and regulated and doesn’t tolerate spontaneous changes in his routines. What seems like a Capricorn man’s rude behavior is often a byproduct of his high anxiety and uptight nature.

When a Capricorn man is done with you, he will not hesitate to let you know. He isn’t bound by sentimentality. He will cut you off, ghost you or simply ignore you. He is too uptight to waste his time if he doesn’t believe the relationship is working.

Why are Capricorn Men so Special?

A Capricorn’s negative traits are easy to spot. But he also have many positive traits that make him stand out as special and unique. Capricorn men have incredible endurance.

They are the hardest working men of all the signs in the zodiac. They often have excellent memories and are drawn to the past and to studying history. Capricorn men also have a gift for timing and efficiency.

They have savvy business skills and are exceptionally patient. Capricorn men are honest and considerate, they are also respectful and responsible. They value traditions and may seem old-fashioned but this can also make them seem special and unique.

Why are Capricorn Men so Sarcastic?

They’re smart, they’re cranky and they’re brutally honest, all of the traits needed to make Capricorn men exceptionally sarcastic. In fact, as serious and dour as Capricorn men can be, sarcasm may just be the closest a Capricorn can get to humor.

They don’t really relax, ever. Sarcasm can help Capricorn men unleash some tension and blow off steam. Their sarcasm can be their rare opportunity to enjoy a little fun.

Some people use sarcasm sparingly because they don’t want to hurt or offend others. Capricorn men aren’t as likely to care about this. He believes that if someone wants to be upset because of his sarcasm, that is not his problem. He doesn’t concern himself with other people’s feelings.

Instead, he uses sarcasm as a way to diffuse tension, make his point with humor, or to enjoy a good joke regardless of whether or not others find it funny. Sarcasm is a Capricorn man’s idea of intelligent and mature humor.

Why are Capricorn Men so Ruthless?

A Capricorn man can be downright ruthless. He won’t let anyone or anything stand in his way when there is something he wants. He will fight for his place in business or for financial stability.

He doesn’t act aggressive, but a Capricorn man can be cold and calculating. He’s also incredibly patient. He’ll plot behind the scenes to try to create the perfect plan to succeed.

He has loyalty to those he respects, but he isn’t afraid to undercut just about anyone else if he feels he needs to. A Capricorn man will never give up if he is on a mission.

Why are Capricorn Men so Protective?

Why do Capricorn men push you away? They will back down from a relationship for a variety of reasons. He may be afraid to develop feelings for you. He may also push you away if he is focused on career success or finances.

Capricorn men are protective but first and foremost they will protect themselves and their financial interests. A Capricorn man will also protect those he cares about. If he loves you, he’ll take a chivalrous and patronizing approach to being protective.

Sometimes, it will come across as being overprotective or controlling. Capricorn men are not so sentimental that they won’t protect their own interests even if it means leaving others out in the cold.

Why are Capricorn Men so Picky?

Capricorn men are picky. They are great at setting boundaries and believe in using discretion. They are perfectionists, especially when it comes to their work or professional reputation.

Capricorn men take their reputations seriously and as a result they can seem picky and fussy. They will not be satisfied with themselves or their work until they’ve reached perfection. As a result, Capricorn men are also picky about other people as well.

They can be judgmental and because they are patient, they’ll hold off and procrastinate until they feel everything is perfect. A Capricorn man may also criticize you or your work because he’s so particular about having everything exactly the way he wants it.

This can also make a Capricorn man seem controlling and hard to satisfy. He eventually will show appreciation for all your effort, but you’ll have to work hard to impress him.