Why Are Aquarius Men So…? 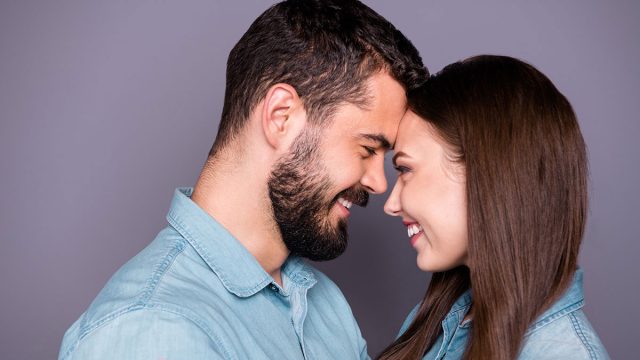 Why are Aquarius men so hard to understand? Aquarius is one of the most confusing and complicated signs in the zodiac.

Yet once you understand an Aquarius man’s personality, you’ll be better able to understand what makes him so amazing and also frustrating.

When an Aquarius man has a crush on you, you may expect him to follow certain steps. This is the first mistake.

An Aquarius man will make a point to challenge any of your preconceived ideas. He will keep you on your toes.

An Aquarius man will always surprise you. That is part of his nature. When you understand his personality, you’ll know he’s unpredictable.

Why are Aquarius Men so Good in Bed?

An Aquarius man’s personality is filled with contradictions. If you try to confront him and accuse him of being a hypocrite, you’ll only drive him away. Enjoy the many complex aspects of Aquarius personality.

This is because he is highly social and likely to have had lots of practice. He’s also intense and open minded. He’s done plenty of experimenting. He also likely has done a fair amount of research to learn how to be more adventurous.

Why are Aquarius Men so Shy?

If you want to know how to keep an Aquarius man hooked, you will need to vary your approach. He can be outgoing one minute and reserved the next. He will need plenty of downtime and may hide out and ignore you periodically.

An Aquarius man is much more shy than you may realize. This comes as a surprise because you may have met him at a party, where he was chatting with everyone. But Aquarius men are highly sensitive. They pick up on energy easily.

They are easily overwhelmed and may need to shut down and retreat in order to process their intense feelings. Aquarius men love to socialize with friends, but sometimes they need a boost of confidence.

Why are Aquarius Men so Freaky?

An Aquarius man’s likes and dislikes can be confusing to keep track of. His favorite bands, movies, food and hobbies may quickly be replaced. He loves to be excited and will push the boundaries to create drama.

In bed, he’s got a freaky side. This is because he loves to be on the cutting edge of anything controversial or taboo. He’ll even change his mind about political matters to favor the most contrarian points of view.

Aquarius men aren’t afraid to shock people. In fact, they love it. His freaky side feeds off of both creativity and the adrenaline rush from surprising everyone he encounters. He’ll try anything at least twice.

Why are Aquarius Men so Hard to Date?

When you see signs that an Aquarius man is not into you, don’t jump to conclusions yet. Aquarius men are especially hard to date. They constantly send mixed signals. They can be affectionate one moment and aloof the next.

Aquarius men are more independent than men of any other sign. Even when they fall in love, they fear losing their freedom. They also go to lengths to avoid their feelings. He may be hard to date because he won’t let himself commit.

He’ll enjoy going out with you and having a good time. But any conversation about a more serious relationship will cause him to run and hide. Then he’ll come back just when you thought he was gone for good.

Why are Aquarius Men so Charming?

Signs an Aquarius man is falling for you can be hard to distinguish. He may act like he’s in love but just consider you a friend. When he’s in love, he’ll be distant and act like a friend.

One thing that is undeniable, Aquarius men are charming. They know how to give just the right compliments. They are amazing flirts and can use their charm to make important social connections.

An Aquarius man can easily influence his friends and love interests. Signs an Aquarius man is using you can be hard to spot at first. He may be perfectly charming and romantic. Yet after a few months of dating, you may discover he has been dating several other people.

Why are Aquarius Men so Smart?

Signs of an Aquarius man in love are elusive. He’s smart enough to know how to keep himself at a distance from any potential love interest. Aquarius men are actually incredibly intelligent in almost every way.

His social intelligence may lack at times, but he is usually a genius in other ways. In fact, sometimes an Aquarius man is difficult to get to know because he spends so much time taking classes and reading.

He’ll research topics that interest him and is usually a walking encyclopedia on matters related to technology, humanities, politics, social issues and the occult. He easily absorbs information but also questions the status quo.

Why are Aquarius Men so Bossy?

Aquarius men are bossy and this comes as a surprise because he is such a humanitarian. Under the Robin Hood guise, however, Aquarius men can be a bit elitist and controlling.

He will not tolerate anyone exerting any authority over him. To keep anyone else from taking charge, he will assume control of every situation and insist on being the boss. He may interrupt, hijack conversations or insist on having the last word.

Aquarius men are bossy because they are so afraid that if they give anyone else control in a relationship, they’ll lose all autonomy. They become bossy to try to keep their solid boundaries.

They use their bossy side to set a boundary. An Aquarius man always believes he is in charge of his own life. Even a loving partner is second to his personal ambition and needs. It may seem he’s selfish, but he’s actually trying to protect his independence.

Discover the secret desires of an Aquarius man. Watch this short video.

Why are Aquarius men so Flirty?

He will try to flirt as a matter of course because it gives him positive attention. When he’s in a social mood, he loves to charge the energy of a conversation with sexual innuendos and romantic hints.

Aquarius men are flirty as a way of being playful as well. They can be highly mature and serious but also have a childlike side. Aquarius men flirt to have fun, but not to manipulate.

Even an Aquarius man who has no intention of being in a serious relationship will flirt freely as a way to get attention from women. He loves to talk to people as a form of social research. Flirting opens up doors of communication and stimulates his mind.

Why are Aquarius men so Dramatic?

Aquarius men don’t like it when other people create drama in their lives. Yet without intending to, they create a fair amount of their own drama. Aquarius men have an intense personality and their energy can be shocking and erratic.

He will never tone down his unusual style to conform. Not even for a job or for a romantic relationship. He may be the loudest voice in the room and he doesn’t care how his words impact others.

Aquarius men say exactly what is on their mind. Even if they never admit it, they secretly get excited by causing disruption and challenging others. They think they are saying what everyone else thinks but is afraid to say.

This is not always the case. Sometimes it is true, but many times they just feel compelled to be controversial. They are excited and encouraged by the stunned looks on others’ faces.

Why are Aquarius Men so Honest?

Aquarius men are also honest. They have no use for social eloquence. They don’t sugar coat anything. If you ask an Aquarius man a question, be prepared for an honest answer that may upset you.

Aquarius men are honest because they feel it is their mission to tell the truth about things that others are afraid to talk about. They feel they are breaking down barriers by being brutally honest.

Also, they are frequently too impulsive to take the time needed to soften their communication. An Aquarius man will sometimes communicate in a way that comes across as harsh, but you can always count on him to tell the truth as he sees it.

Aquarius men know how smart they are. They don’t take their intelligence for granted. Instead, they feel committed to using their intuition and intelligence to help others see what they feel is the truth.

An Aquarius man also doesn’t feel the need to lie because he is too independent to care what other people think of him. He doesn’t mind telling you honestly that he isn’t into you or is not looking for a relationship. He uses honesty to keep from feeling obligated to anyone.

Why Are Virgo Men So…?How to Dress for an Aries Man
Hello, I'm Liz