Are Virgo Men Submissive in a Relationship? 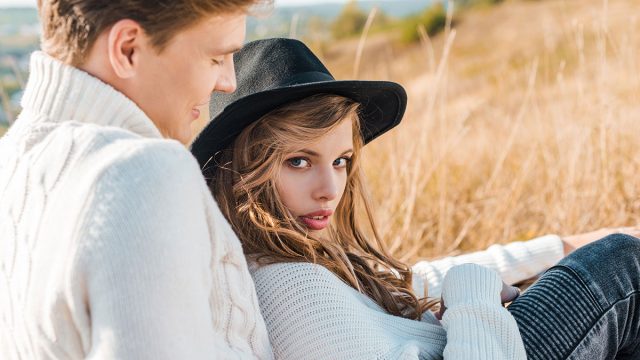 You may have heard that a Virgo man is submissive. He’s modest and tries to avoid conflict and drama.

This also means a Virgo man will avoid the spotlight. But is he really passive in relationships? The answer to this is complicated.

It’s important to know how to read a Virgo man. He seems so humble and thoughtful but can also be stubborn. Understanding Virgo man secrets will help you make sense of his signals.

If you’re dating a Virgo man you may feel like he shows mixed signals when it comes to being direct but also submissive. A Passive-Aggressive Virgo man may actually not be what he seems.

Instead, he’s exerting his desire for constant control as well as his desire to be of service. This may be a paradoxical attitude, but it is not an indicator of hypocrisy.

Virgo Men and the Power of Humility

Are Virgo men shy? You may have heard a Virgo man is bashful but this isn’t exactly accurate. He’s modest and he prefers to not be in the spotlight. But he’s also direct and not afraid to tell the truth.

A Virgo man will be frank about his thoughts and opinions, yet he’s also shy when it comes to his emotions. He understands instinctively how to leverage the power of humility.

He’s also drawn to be of service to others. He cares about making you happy. While he’s not driven by his ego ambitions and desires, he does have a strong desire to be secure. He wants to be in control of his environment.

As a result he’ll try to control his environment and sometimes even the people in it. Yet this doesn’t mean he’s dominating. The last thing he wants to do is manipulate others. He’s humble but needs to feel like he has a secure foundation.

Why He Prefers to be Behind the Scenes

A Virgo man in love will work behind the scenes to do everything in his power to make you happy. He isn’t showy about his feelings. Instead he’ll show affection and try to make your life better.

Nothing is more reassuring than Virgo man cuddles. His thoughtful gifts and guidance he gives you are part of how he shows his love. He may present all the information he’s gathered and leave key decisions up to you.

From where to go for dinner to the best lawnmower to buy, he’s not one to try to force your decisions. Instead, he’s likely to research and compile information but then leave it to you to make the decisions.

He May Act Submissive, but He’s Trying to Stay in Control

A Virgo man’s fantasy is having a rational response to every situation. He doesn’t want to take the wheel, but he’s not afraid to become a “back seat driver.” He wants to focus on the details yet not being in charge.

He’s much better suited for research and supportive roles in relationship than he is for being the leader.Yet he’s also a perfectionist and derives security from being able to keep his life neat and orderly.

If he feels something you are doing threatens his desire for control, he’ll react by becoming rigid and insisting on having his way. He won’t yell or make a scene, he’ll just calmly persevere.

He may act submissive on the surface, but he’s no pushover. Especially when it comes to his boundaries and standards. He won’t be convinced to forego his security or control. His priorities are set, but he’ll compromise only when he feels secure.

His Power Style Can be Passive-Aggressive

A Virgo man obsessed with routines and mundane tasks will still want to reassure you that he’s not out to dominate the situation. If he truly feels stuck between making you happy and keeping order in his life, he may become passive-aggressive.

He doesn’t like to be deceitful or dishonest. For him, passive-aggressiveness isn’t about bending the truth. It’s about planting seeds, consistently, to try to win you over to his desire for control.

In this case, he may repeatedly “remind” you that he thinks there’s a better way to do something. It comes across more like nagging than confrontation. He won’t raise his voice or throw a tantrum. Instead he’ll repeatedly focus on the details he thinks should change.

Of course, a Virgo man flirting is always more enticing than a Virgo man nagging. The best way to help him stay in romance mode is to be open to compromising or really taking his advice to heart.

He’s Direct but not Dominating

One of the gifts a Virgo man brings to the relationship is his direct and assertive style. His honesty is one of his best features. He’ll tell you a harsh truth rather than sugar coating to protect your feelings.

This is one of his best and most annoying features. At best, it means that rather than trying to dominate or shout to get his point across, he’ll simply tell you calmly exactly what he thinks.

It also means he will be brutally honest when you wish he would soften his tone a little. He won’t make any excuses or justifications. Nor will he tiptoe around his opinion for the sake of your feelings.

Yet you can count on him to be straight forward and it is for this reason that he knows he doesn’t have to be dominating. He’s shy at times but when it really counts he’ll make sure you know exactly where he stands.

Virgo men have a tendency to proceed into a relationship with caution. He’ll slowly make progress, building the momentum. One thing is for certain, a Virgo man will move slower than you, but not faster.

He typically won’t put more effort into the relationship than you do. If you expect a man in love to chase you, this is not going to likely be the case with a Virgo man. He will encourage you and try to help you, but he won’t dive in head first.

Even when you show enthusiasm and effort, he’ll keep a gradual pace. If you’re the hare in the relationship, count on him to be the tortoise. The good thing about this is even as the tortoise, he’s going to be steady.

He’ll put continued effort but he won’t sprint through the relationship. This is sometimes misconstrued as a lack of interest or assumed to be passivity on his part. It’s actually not a case of being submissive. He’s just being cautious.

He wants everything to be perfect. If he notices anything alarming, he’ll slow down even more, carefully examining the situation. He’ll want to know he can fix any issues early on, before things escalate.

He Tries to Help, Not Steer

Virgo men want to be helpful and they may even become obsessively preoccupied with helping to the point of nagging. But he knows his boundaries. He’s not interested in micromanaging your lifestyle. In fact, it will turn him off if you expect him to.

The last thing he’ll do is invade your space to exert control. A Virgo man in love wants to help you improve and advance. Yet he also values his time and energy. He won’t demand that you live his way.

He leads by example and suggestion. He’ll use his role of assistant to help you advance in your life. If he sees that you are receptive, he’ll be overjoyed. If he feels like you’re taking his efforts for granted, he’ll become frustrated.

Yet even in this frustration he won’t demand anything of you. He’ll simply stop trying. This is often the reason he starts to detach in relationships. If he feels he’s wasting his time, he won’t insist on forcing you to live up to his standards.

He’s too much a pragmatist to buy in to the fantasy idea that he can somehow rescue or change you. He’ll show you the tools and make suggestions but he ultimately knows the rest is up to you.

He Has Excellent Boundaries, He Won’t Let You Take Advantage of Him

If you want to know how to move on from a Virgo man because you’re ready to call it quits, ignore his boundaries. Nothing will turn him off more than this. But if you’re serious about the relationship, don’t take advantage of him.

Don’t assume his quiet, passive nature is the same as him being malleable. He’s not going to alter his high standards for anyone, no matter how in love he is. Another gift he gives in relationships is role modeling how to be true to yourself.

He can help you recognize the importance of sticking with your standards and preserving your boundaries. He may seem passive when it comes to a number of issues but when it really counts, he won’t bend. This is a good thing, even when it frustrates you.

It means he is holding on to his integrity. The same integrity and perfectionism that led you to fall in love with him. Enjoy the best of what he has to offer you as a partner. He is honest, direct and wants to be of service to you. He’ll do almost anything to make you happy.

When it comes to his non-negotiable boundaries however, don’t distract yourself trying to fight an uphill battle to get him to change his mind. Instead focus on the beneficial aspects of the relationship.