Why Has a Virgo Man Stopped Texting Me? 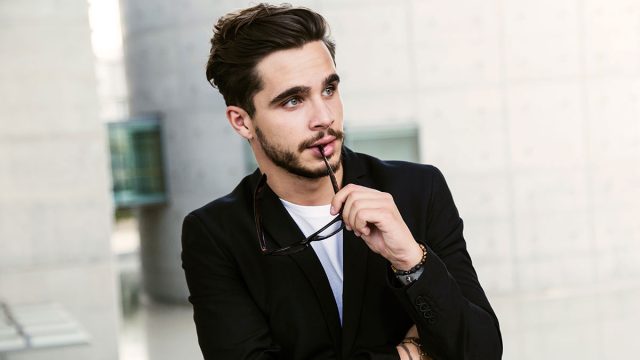 When a Virgo man stops texting, you may feel alarmed. You may wonder what went wrong.

You may wonder if the relationship is over. But when a Virgo man acts distant, it may not be what you think. Virgo men are naturally detached.

When a Virgo man goes silent, you may feel compelled to message him to find out what went wrong. You may assume the worst or wonder if he’s lost interest.

If you wonder “Why is my Virgo man suddenly ignoring me?” try to slow down. You don’t know that he’s actually intending to ignore you. He responds in his own timing.

If you think his silence is one of the signs a Virgo man doesn’t like you, you’re not thinking like a Virgo man. Texting, to him is trivial though it’s important to you.

He Uses Texting for Specific Purposes

There’s a good chance you don’t fully understand the Virgo man texting style. To most people, texting creates a bond. It helps you share feelings, show support and stay connected. This is not true for a Virgo man. He texts for specific reasons.

To a Virgo man, communication can be sparse and efficient. This is especially true of texting. He likes texting because it allows him to make a point clearly and at his convenience. Key point to remember, is that he fits it into his schedule.

If you respond to every notification on your phone as if it was an urgent matter, you’re not thinking like a Virgo man. He prioritizes. His schedule is important to him. He doesn’t drop what he’s doing to respond.

For this reason, texting can be a nuisance to him. He likes efficient communication. He doesn’t like feeling like he’s on call. If you use texting to communicate in your style, not his, he may take a step back.

If he feels he is getting bombarded by emotion through text, he’ll back off. He wants to reassert his boundaries. He may also try to avoid feeling overwhelmed.

If you’re asking “Should I text a Virgo man first?” remember that Virgo men are tied to their routines and schedules. Don’t text him too soon, or he’ll interpret it as chasing. If he’s just busy, this will feel like an annoyance to him.

He may be inundated with other tasks and he has a concrete way of thinking. It may be easy for you to step aside from your work or errands to take a few minutes to send a text. Not so for a Virgo man.

He’s thoughtful about what he does. Switching gears from one task to another takes mental bandwidth. He may feel too overwhelmed by the prospect of dropping his current tasks to answer a text.

Virgo men are detail oriented. This makes it hard for him to multitask. If he’s just busy, he’ll get back to you. He’ll finish what he’s doing, in his usual, cautious nature. Then he’ll respond when ready. You’re in his cue, he’s just preoccupied.

He Doesn’t Think He Has Anything to Say

When a Virgo man acts uninterested, it could also be that he doesn’t think he has anything interesting to say. You care about him, and you want to know all about his day and his life. You want to know his thoughts and his feelings.

He’s humble, though. In his mind, there’s nothing exciting to report. He doesn’t like small talk. A Virgo man focuses communication on matters that seem important and is good at prioritizing. He’s also understated. He doesn’t like to talk about himself.

You can encourage him by showing interest when he does communicate and by emphasizing how important small details of his life are to you. Still, try to understand that he doesn’t really understand why anyone would think his opinions, life or feelings are a big deal.

This magic will make your Virgo man want a relationship with you.

You Didn’t Take His Advice

How does a Virgo man test you? He doesn’t, exactly. Not consciously at least. He’s too concrete and straightforward for mind games and intellectual or emotional tests. But he does notice the details of how you respond and act.

One of the most damaging things women frequently do that may explain a Virgo man not texting, is the mistake of ignoring his advice. Virgo men don’t usually get angry. But he’ll get frustrated if he spends time making suggestions and you ignore them.

Out of efficiency, he may stop responding because he sees that his previous advice went unheeded. He doesn’t take much personally, but he will take this to heart. He’ll feel slighted if you don’t heed his instructions. He’ll think you’re wasting his time.

You’re going through a lot and you need him the most. He’s not texting back. It’s not what you assume. He still loves you. He doesn’t know how to hold space for you.

If you’ve been emotional, even rightfully so, he won’t respond because he doesn’t know how. A Virgo man is rational and logical. One thing he is not is emotional. He’s confused about what to do when tears start flowing.

He’s not avoiding you. He’s steering clear of your emotions. He’s choosing when and how he interacts with you so he can do what he does best. Show up when there is something practical and useful he can do to help.

He doesn’t know how to just listen, even if that is what you want most from him. He feels like he needs to do something productive to solve your problems. But he doesn’t feel equipped to deal with feelings.

In addition to not taking his advice, the second worst thing you can do is to create drama. He’ll avoid texting back if he’s expecting a big emotional display. He’ll avoid anything that seems like drama.

Rather than getting caught up in a tense conflict, he would rather step back and let you calm down. He is also taking this time to gain perspective. This is not his way of disrespecting you.

In fact, it is a show of respect. He’s giving himself, and you, space to get emotions under control so you can talk productively rather than fueling the tension and discord.

When he doesn’t text back, it can be an example of what happens when you ignore a Virgo man. If you’ve taken a cue from him and gone quiet for periods of time, he’ll assume you want to slow down.

That sounds paradoxical since he is usually the one to back off first. The difference is, he knows his own reasons and doesn’t have to guess. He knows when he’s busy or trying to slow down or actually upset about something.

He doesn’t know what your motivation is unless you give him some indication. Letting him know you are being conscious of his schedule and timing is more helpful than just going quiet on him.

A Virgo man’s humility can lead him to be cautious as well as to underestimate his value in your life. This isn’t a matter of having a low self-esteem. Rather it is a matter of him downplaying his importance. He’s actually quite modest.

So any signal that you are losing interest, without context explaining you are busy or giving him space because you see that he’s busy, can be misinterpreted as lack of interest on your part.

This is the #1 mistake women make with a Virgo man...

He Misread Some Minor Detail of Your Signals

Your slowing down or going quiet is not the only signal he could misread. One of the reasons he doesn’t like texting is because he knows there is potential to misread your meaning.

This may already have occurred if he’s not texting back. He may have misread a detail of your communication. He’s detail oriented and notices everything. However he will also take your communication at face value.

If you use euphemisms or figures of speech, or if you drop hints rather than saying directly what you mean, he can get confused. He may take things literally. If you abbreviate your words he may miss your meaning.

Anything from a typo to misunderstood phrase can puzzle him. Usually, he’ll ask for clarification. Yet if he feels your meaning was offensive or an indication that you don’t want to talk to him, he may back off.

He Needs Space to Figure Out His Feelings

When a Virgo man is falling in love with you, he may become overwhelmed by his feelings. His comfort is in his mind, not his heart. He may need to take some time to sort out his emotions and make sense of his new attraction.

This may be confusing because he’s signaling his attraction to you but then suddenly backs off. When this happens he is usually uncomfortable with the emotions being triggered as he develops deeper feelings for you.

Give him some space. If it is a matter of figuring out how he really feels, he’ll come back around. He’ll analyze his feelings and come to an intellectual and rational explanation for his attraction to you. Then he’ll feel comfortable again.

He Was Offended by Something You Said or Did

The sign of Virgo is symbolized by the Virgin. The archetype represents purity and refinement. This doesn’t mean he doesn’t like sex. It does mean he can be a perfectionist and a purist when it comes to his lifestyle and routines, though.

If he found something you said or did to be offensive, he will go quiet. He may actually be angry in this situation. It’s hard for him to have a conversation about ideas or words that he finds morally or intellectually wrong.

His idea of right and wrong is set in stone. He has a concrete attitude toward what is and is not tolerable. Even if your sentiment or attitudes are completely justified, if he sees you as too confrontational or radical, he’ll take a step back.