10 Important Signs a Virgo Man is Not Interested in You 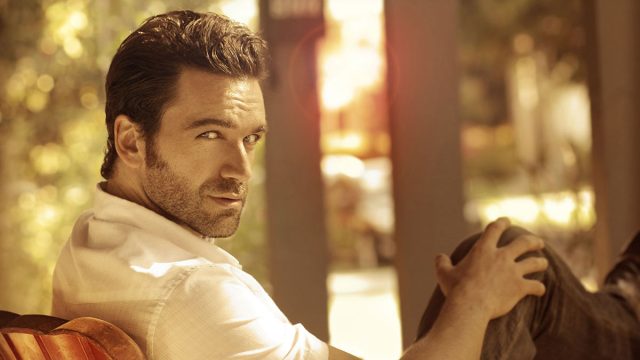 When a Virgo man’s not interested, he’ll let you know. He’s friendly and kind, he never wants to lead you on.

That’s why it’s important to know how to react when a Virgo man ignores you. He may be busy, or uninterested.

Whether he’s busy or ignoring you, a Virgo man will act differently if he’s genuinely not interested in you. He may give hints at first. He may just not be attracted.

But he’s all about boundaries. Understanding how a Virgo man thinks tells you how to know if a Virgo man is pushing you away. Slow down, and you’ll see signs of his interest.

If you’re wondering, how does a Virgo man test you, be open to seeing his aloof nature as normal for him. If he is not interested, he’ll make it clear.

Maybe you’ve heard dating a Virgo man is difficult. A Virgo man hides his feelings and it can be hard to discern if he’s being typical Virgo aloof or if he’s just not interested.

If he’s not interested in you, he will make it clear. He won’t leave room for misunderstandings. He’ll go out of his way to avoid you. This doesn’t mean he’s always avoiding you if he doesn’t text back.

When a Virgo man is not interested in a relationship with you, he will even avoid a friendship if he thinks a friendship would give you the wrong idea. If he thinks you won’t respect his boundaries, he’ll set boundaries of his own.

If he thinks your emotions are too intense, he’ll remove the temptation by removing himself from the picture.

If you’re wondering, will a Virgo man lead you on, the answer is no. He will try to draw as clear a boundary as he can if he is not interested in you. As friendly as he is, he won’t offer to help you.

When he holds off on his urge to be helpful, its because he is trying to not give you false hope about a future relationship. He’s trying to make it clear there is no future together.

When a Virgo man is suddenly distant, it can be an indicator that he realizes you like him and doesn’t share your feelings. Stepping back, for him, is like hitting a “reset” button to discourage your attraction.

If you’re wondering how a Virgo man shows interest, he’ll be patient. He’ll slow down and make eye contact with you. But if he avoids eye contact and acts abrupt and impatient, it’s a sign he’s not interested in you.

A Virgo man is not going to invest any extra energy in connection with you if he isn’t interested. His body language will speak volumes. He’ll stiffen up and seem cold.

He may fold his arms a lot more than usual. He may turn away from you, avoid eye contact. He’ll start to walk away from you as you’re talking or will keep a physical distance.

If he avoids physical connection altogether it’s also a sign he is not interested in you. He may only text after you text him first. He’ll find reasons not to get together with you.

4. He Looks for Excuses to Leave Early

You may wonder “Does a Virgo man miss me?” when you’re not together. Pay attention to what he does when you’re together. If he sticks to his schedule, its normal.

But if a Virgo man looks for reasons to leave early, it’s a bad sign. If he keeps checking the time or if he heads for the door prematurely, he’s trying to avoid you.

These are all signs that he is not interested in you. When a Virgo man wants you back he may still take his time and act with caution, but he will make steady efforts to see you.

When he is only putting in the bare minimum effort and even then is in a hurry to leave, this is a sign he is not interested and it is best to move on.

A Virgo man is naturally polite, conscientious and friendly toward everyone. His only reason for not being friendly and helpful is if he is trying to discourage you from pursuing him.

If he feels his boundaries and explanation that he doesn’t share your feelings isn’t enough, he’ll stop being as friendly. This is a sign he’s not interested in you.

Still, Virgo men don’t want to be rude. He’ll still be polite and kind but it will be to the bare minimum possible to avoid rudeness. He won’t show anger or disdain for you. He simply won’t be as charming and kind.

Take this as a sign he is not interested. Don’t try to draw out his compassionate, kind side. This will only backfire. Instead respect his boundaries and give him a chance to decide if he will change his mind.

6. He’s Too Busy to Notice You

All Virgo men are busy all the time. But when he’s too busy to notice you at all and frequently cancels plans and ignores you, then business is becoming a crutch.

In this case, he’s using his busy schedule as an intentional barrier so he doesn’t have to spend time with you. He is using his workaholic nature as a way to keep you at arm’s length.

If you step back and start to invest in your own interests, you may see him turn around. If he is ever going to have a change of heart it will come from his own analysis, not from being pursued.

7. He Doesn’t Criticize You

This may seem bizarre, but it is true. A Virgo man only takes the time to offer a critique or give feedback if he cares about you. If he didn’t care about you, he wouldn’t bother to try to help you improve.

To him, this is what criticism is. It’s an offer of help to encourage you to be your best self, by his standards. This may seem judgmental but it’s just how he thinks.

This is a sign that he is not taking the bare minimal interest in you. In this case it is best to not hold out expectations for him.

A Virgo man really doesn’t want to do this. Deep inside, he knows it is rude. The last thing he wants to do is to completely blow you off. But he will do this, only if he feels it is his last resort.

If he’s tried to be nice but make it clear he just wants to be friends and that doesn’t work, he’ll next try to distance himself but stay polite. He’ll still respond to your texts, eventually.

He’ll still try to show his manners but will also be sure to keep you at an arm’s length distance. A Virgo man who is tiptoeing around the verge of ignoring you, but just being polite, will make it clear he isn’t interested.

If he outright ignores you, this is the result of a lot of thought and analysis on his part. He’s given you the benefit of the doubt. He’s tried to be reasonable and responsible so he doesn’t lead you on.

But if he really feels like all his attempts have been fruitless, he’ll do the only thing he can to get the message across. He’ll let silence speak for itself. This is not the same as him just being busy.

It’s not the same as him taking a few hours to respond because he was working or busy. It will instead be more extreme. He may even block you.

9. He Tells You Directly

A Virgo man will usually take a few concrete steps before he outright ignores you. He’ll tell you directly first that he’s not interested in a relationship.

He may say things like “I’m not interested in a relationship now.” Don’t misconstrue his meaning. Sometimes, a woman who hears this will think that he’ll be ready if she just waits or tries to entice him.

He may also say “I’m flattered but I am not interested in more than a friendship.” Again, take his honesty to heart. He’s not giving you a clue to keep pursuing him. He’s not inviting you to make yourself seem more appealing to him.

Don’t misconstrue his meaning. Take him at face value. He’s being honest as a courtesy to you. He’s not trying to lead you on or hurt your feelings.

10. He Changes His Schedule to Avoid You

A Virgo man is tied to his routines and his schedule. There are two things, aside from emergencies, that will make him alter his beloved schedule. One is if he really likes you.

Even then, he’ll have to really be into you. In this case, he’ll change his schedule and routines to spend more time with you. This is a rare but positive sign that he’s really attracted to you.

The inverse of this is true as well. If he changes his schedule to avoid you, he’s definitely sending a strong message. If he stops working out at the same time or same place to avoid seeing you, he’s doing it deliberately.

If he stops going to his regular hangouts or makes other obvious schedule changes to not run into you, it is a clear sign he isn’t interested in you and is trying to make it easier for you to move on.

When a Virgo man wants you back, he won’t do this. He’ll be available and consistent so you’ll know where to find him. This is an important hint to take.

How Do You Win a Virgo Man’s Heart?10 Online Dating Tips to Attract a Virgo Man
Hello, I'm Liz