What does a Virgo Man Do When He Likes You? 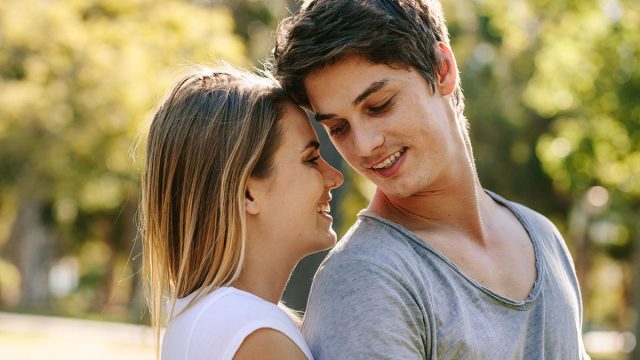 Virgo men are friendly, but its hard to tell when a Virgo man likes you on a deeper level. You’ve got to know his personality well.

Otherwise you may miss out on the subtle cues and Virgo man crush signs.

Once you know what a Virgo man likes and dislikes in a woman, you’ll be able to work your charm. How do you know when he likes you?

When a Virgo man is attracted to you, he won’t make it obvious. He’ll just act extra friendly at first. He’ll offer to do things for you.

You have to look for physical signs a Virgo man is interested. When he calls more frequently, or spends time with you consistently, for example.

When a Virgo man stares at you, he may be taking in your beauty. He may also just be analyzing your appearance for signs that you’re tired or sick. He’s analytical and his signs of interest may be subtle at first.

When a Virgo man really likes you, he’ll put more energy into doing practical things to help you. He’ll fix things for you or give you recommendations. This won’t seem romantic at first.

In fact, it may not seem any different than how you would treat a friend. Except he’ll put extra effort into it. He’ll take time out of his day to check on you or make suggestions.

When he consistently tries to show up for you, he’s trying to reassure you that he cares about you. If he didn’t want to make sure you are successful, he wouldn’t bother.

His Early Attraction Stage is Gradual

A Virgo man is cautious about every part of his life, including love. Signs a Virgo man has a crush on you will show as less romantic and more like he feels responsible for taking care of you.

He’ll try to be of service to you and will try to do helpful things to make your routines more efficient. He’ll help you in practical ways. Even the signs a Virgo man is falling in love with you are more neutral than passionate.

He will show you he cares by diligently keeping tabs on what you need in order to be healthy and secure. He won’t dash in to save the day. Instead he works behind the scenes.

He’ll work to analyze your options and make sure your car is working, your diet is healthy and you have the best phone. He’ll fix what is broken in your home. He’ll make suggestions to help you improve your finances.

He’ll Criticize You to Make Sure You’re Perfect

When you understand what a Virgo man likes and dislikes in a woman, you’ll understand why he can be so critical. He’s got very high standards and doesn’t settle.

He may even project his perfectionism on to you. A Virgo man will expect excellence. He loves you, but he won’t make excuses for you. This leads to one of his more baffling behaviors.

When a Virgo man criticizes you, he’s actually trying to make sure you are as healthy as possible. He doesn’t care about your appearance as much as he does your health and stability.

Same is true when it comes to finances. He doesn’t care about your earnings because he wants anything from you. He just wants to make sure you are financially stable because he wants what is best for you.

When it seems like he’s suddenly picking on you, this is a surefire sign that he is actually starting to fall in love with you. Like the story of Pygmalion, he will try to sculpt you into his image of perfection, for your own good.

Is your Virgo man not communicating with you? Here's the trick to reel your Virgo back in.

Virgo man eye contact is a sign he really cares about you. He’ll also try to help you in less direct ways. Yes, in addition to criticizing, he does try to give advice. This is a subtle form of showing love.

This can range from subtle hints to outright suggestions to recommendations based on his own experiences. He’ll offer to help guide you as a sign that he really cares.

A Virgo man tries to be helpful when he cares about you. This may seem subtle and unromantic, but Virgo men value their time and schedules. He won’t take time out of his day to put effort into helping just anyone.

He’s not just being friendly, he’s investing in building you up. Nothing makes him happier than knowing he’s been instrumental in helping you to get on your feet and succeed.

He’ll Fix Things For You

If a Virgo man says he misses you, it’s a really positive sign that he cares about you. Yet usually he won’t be this direct. He will show he misses you through his actions though.

When a Virgo man suddenly starts showing up with projects in mind to help fix your car or repair things in your home, you know he really likes you. A Virgo man seems friendly but he doesn’t do this all the time.

He saves his talents and efforts for those he really likes. He doesn’t fantasize about you in the traditional sense. Instead he fantasizes about what he can do to make your life better.

When he shows an interest in becoming your personal handyman it’s a good sign. When he shows up randomly as if he were on call just to help you, it definitely means a Virgo man is falling in love with you.

He’ll Text You and Show Up Regularly

The most important thing to remember about a Virgo man is that consistency is key. When he texts regularly it’s a good sign. When he shows up regularly, it’s an even better sign.

It’s just easier for a Virgo man to stick to a schedule. He’s intimidated by spontaneity. He has a much easier time in love if he can fit his connection with you into his routines. He may hold a steady “appointment” for your dates every weekend.

He’ll Look Away When Talking to You

Even though eye contact can be a good sign that a Virgo man likes you, there is also a way bashful Virgo men will show they’re falling in love. When a Virgo man is shy, he’ll look away.

Usually he’ll look away when talking to you and then look back to gauge your approval or response. A Virgo man who is worried about rejection or is unsure of himself in the relationship may have difficulty facing you.

This is because he doesn’t want any of his emotional vulnerability to show. He knows you can read his emotions through his eyes and he may feel shy about revealing how he feels.

Virgo men can warm up and become more confident eventually. Yet usually they are more closed off and try to intellectualize everything first.

Is your Virgo man painfully distant? Rekindle your love.

He’ll Act Shy in the Beginning

It’s not just his eye contact. A Virgo man starts out shy and pensive in relationships. He is analyzing you and watching your response to everything he says and does. He wants to evaluate whether you seem interested.

In addition to trying to figure out your level of attraction, he also will try to figure out how stable you are as an individual. This is something he really values. He will forego a relationship with someone he loves who is not stable.

He may be more introverted in the early days of your courtship. Getting to know his inner world and deeper thoughts and feelings can be a challenge. A Virgo man will only open up at his own pace, though. It’s important not to rush him.

He’ll Feel Hurt Easily if You Don’t Notice Him

A Virgo man doesn’t seek the spotlight. One of the confusing ironies of his courtship style though is that if you don’t recognize what he’s doing for you, he’ll feel offended.

He needs to know that his efforts are appreciated. As much as he can be a shy wallflower, he’s also sensitive to rejection. His attraction style is subtle and understated, yet if you overlook it he will be offended.

Even when his feelings are hurt, he won’t make a scene to get your attention. He doesn’t like drama of any kind. He won’t go through dramatic measures to be noticed. He wants to see that you recognize him as a treasure hidden in plain sight.

Looking and finding love with a Virgo man doesn't have to be impossible! Here's how...

The more serious a Virgo man becomes, the more he will want to increase the time he spends with you. He’ll start to schedule more time together into his week. He’ll also drop a line to check on you more.

This is the key thing to remember with a Virgo man. Although he moves slowly and you have to be patient, he will progress. When he likes you and is becoming more serious, he will want to spend more time with you.

He won’t outright chase you. Instead he’ll suggest spending two nights each week together instead of one. Then he’ll gradually advance to adding more time and becoming more a part of your life.

He’ll also start to open up and let you into his life. This can include bringing you to his home or introducing you to his friends and family. He’s really serious when he brings you around his workplace as well.