How Do You Make a Virgo Man Jealous? 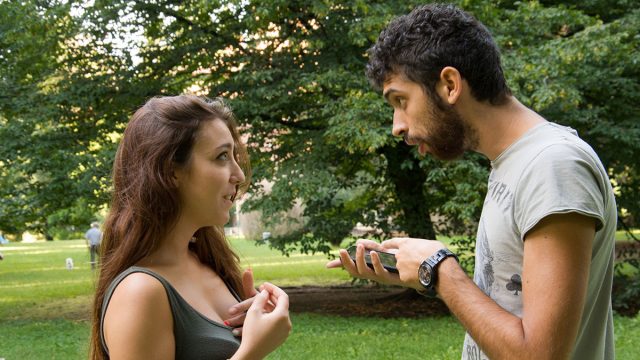 Making a Virgo man jealous is harder than it sounds. He has his own set of rules and doesn’t play by the rules of traditional romance.

Flirting with another guy, for instance, won’t make him jealous. It will make him disappear.

If you’re wondering how to make a Virgo man obsessed with you, be careful about trying to make him jealous. Virgo men don’t play games. He also avoids drama.

The key to getting a Virgo man to become more serious about a relationship is to be patient and show him you’re his ideal match. This means no mind games.

Even a protective Virgo man will back off and shut down immediately if he thinks you’re interested in someone else. It’s best to not tempt him by making him think this.

Take Caution When Triggering His Jealousy

If a Virgo man is smitten with you, he’ll assume the best. He will see you as an ideal person and will look for proof that you are his best match. If you are upset with him, you may think of provoking jealous.

Fair warning, doing this can cost you. If he sees that you’re triggering his jealous reaction by trying to flirt with someone else or showing interest in another guy, he’ll assume the worst instead of the best.

He’ll go quickly from thinking you were his ideal match to assuming he misread your signals and that you aren’t interested. Virgo men don’t get subtle hints. He’ll read your fake interest in someone else as real.

He’ll then do the polite and courteous thing and back out of your way so you can pursue the person you’ve made him think you’re really into. If it’s your ex, he’ll assume you have too much baggage.

He’ll drop the connection and steer clear of a serious relationship, assuming you have some serious healing to do because he’ll assume you’re not over your ex after all. In his mind, he thinks he’s doing you a favor by clearing the path.

Rather than making him more committed or motivated to get serious with you, triggering a Virgo man’s jealousy will make him run the other way. He’ll conclude the relationship is more drama than it’s worth.

He’ll Get Jealous if You Take Others’ Advice

You may ask yourself “Are Virgos possessive and controlling?” You’ve likely heard their reputation for being control freaks. Yet a Virgo man’s style of controlling is not the same as a Leo or Taurus man’s jealousy.

For a Leo or Taurus man, for instance, jealousy and controlling are all about possessiveness and insecurities. For a Virgo man, however, being a control freak is just an extension of his perfectionist personality.

He wants to control everything around him because it gives life order and predictability. It has nothing to do with love. This is just how he is all the time.

Ironically, a Virgo man in love doesn’t try to control his partner by stopping her from talking to other people. Instead he shows his controlling nature by trying to make sure she eats healthy and has had her medical exams up to date.

He’ll criticize in order to try to “help” you make progress in your career, finances or even health and wellness. He’ll give unsolicited feedback. He’ll tell you that you really should have purchased a different type of phone that is better quality.

Yes, it’s still controlling and overbearing, but his behavior is all about what he thinks is best for you and has nothing to do with feeding his ego by keeping you away from other guys. It’s just his normal Virgo man characteristics.

If You Overlook His Achievements, He’ll Get Jealous

Even if you’re being patient with a Virgo man and not trying to make him jealous, you could still misunderstand one of his big triggers. A Virgo man isn’t really proud but he measures himself by his accomplishments.

This is a trigger for a Virgo man. If you talk admiringly about how your friend put together his own computer from Legos and empty milk containers, your Virgo man will get jealous.

No, he doesn’t think you have an attraction to your friend. He’s simply going to be jealous because you didn’t notice his equally if not greater innovative technological inventions and yet are impressed with someone else’s.

He’s not jealous romantically, but he’s jealous of the fact you are admiring someone else’s accomplishments and not his. Be sure to acknowledge his intelligence and efficient, resourceful nature. A Virgo man is competitive when it comes to productivity and achievements.

Is your Virgo man not communicating with you? Here's the trick to reel your Virgo back in.

He Doesn’t Care if You Spend Time with Others

A Virgo man is the last guy who will give you the side eye if you spend time talking to other men on social media. Once he has made a commitment to you, he’s assessed your personality. He believes you are faithful and loyal.

End of story. He’s not going to assume the worst just because you spend time with other people and have male friends. He has female friends and talks to and spends time with them. So he expects it to go both ways.

He doesn’t care if you have things to do that don’t include him. He’s the least possessive and clingy Sign. He is happy that you have a full social life and lots of friends to support you.

When a Virgo man loves you he wants you to succeed in life and he is rational and realistic enough to know that this means you will have other friends and people around to help you succeed. He’s not naïve.

He knows better than to think he is your entire universe. That’s just not realistic. He encourages you to be free to socialize with anyone who is good for you and has your best interest at heart.

If he ever criticizes your friends it is only because he thinks you can do better or he thinks someone is not good for you. Not because he’s worried you may catch feelings for the person.

He’s Triggered by Your Interest in Other’s Minds

A Virgo man is more triggered by your interest in another guy’s intelligence than anything else. Though he’s not usually super territorial, a Virgo guy does think the intellectual realm is his comfort zone.

If you start taking someone else’s advice and not his, he’ll get uncomfortable. If you admire someone else’s intelligence while not giving credit where credit is due when it comes to his brain power, he’ll start to feel unappreciated.

These are the things that will trigger him to jealousy more than just having men in your life. He may not even notice at first if you flirt with another guy. But the moment you admire someone else’s intellectual power, he will feel betrayed.

He’s Turned Off by Mind Games

It may seem like a Virgo man is scared of love. This isn’t true though. He’s just very cautious. He’ll carefully evaluate how serious you seem to be. He’s also a perfectionist.

He’ll watch you like a hawk to see if you live up to his standards. The one thing that will turn him off and turn him away is any sign of drama. He doesn’t play mind games.

He’s certainly smart enough to play them and outwit others and win every time. But he sees it as a waste of his time and talents. He would rather invest in creating a healthy, solid foundation.

If He’s Jealous, He May Turn Cold

If you do happen to do one of the few things that actually provokes a Virgo man’s jealousy, you’ll know right away. He’ll turn cold as ice. He’ll conclude his energy and time are being wasted.

These are things he has no tolerance for. He’ll also retreat back into his busy to-do list and his world of routines and work. A Virgo man has patience for many things, but not for games.

He may conclude that he misjudged your character and will retreat quickly to restore his sense of security and balance. If you hope to get him back form this, it will take hard work and steady effort to prove yourself.

He’s Competitive when it Comes to Work

A Virgo man can be competitive about his work status. Though he doesn’t seek the spotlight and prefers to be humble, he is conscientious. He’ll be triggered by any attempts to undermine his success.

This even includes your own unintentional interference with his to-do list. If you try to dominate his time or compete with his career success he will show something like jealousy.

He wants you to succeed but he doesn’t want to be unacknowledged or outdone on his own territory. If you are surpassing him in career, be sure to acknowledge any help you received from him.

A show of acknowledgment and gratitude goes a long way. A Virgo man wants to know you’ve recognized how he helped you.

In cases of honest mistakes triggering his jealousy, a Virgo man is surprisingly honest and forgiving. He doesn’t like holding a grudge and prefers to not be angry.

He can forgive honest oversights on your part. He can also analyze the situation and rationalize his reaction. At the same time he’ll recognize that you didn’t know you were overstepping a boundary.

He’ll show that he’s forgiving especially if it looks like you have learned to appreciate his reaction. He would rather you both learn something and move on than to hold a grudge and constantly ruminate on the past.

He’ll be Jealous if Details Don’t Add Up

Though a Virgo man has no qualms about you spending time with male friends, he will notice if details don’t add up. If you are violating the boundaries of a relationship, don’t try to pull the wool over his eyes.

It will never work. He’s too perceptive. He’s got a great memory and eye for details. He’s going to remember you said you were home Thursday night but now are telling him you were with a friend.

He’s going to notice if your appearance is different when you come home. If your story changes too much or if the details don’t add up, he will definitely get jealous. If this happens and he concludes you are playing games, he may even end things.

It’s always best to be honest and straightforward with a Virgo man. He’ll always figure things out in the end.

How do You Make a Virgo Man Laugh?How Do You Win a Virgo Man’s Heart?
Hello, I'm Liz