Is The Virgo Man Jealous and Possessive When in Love? 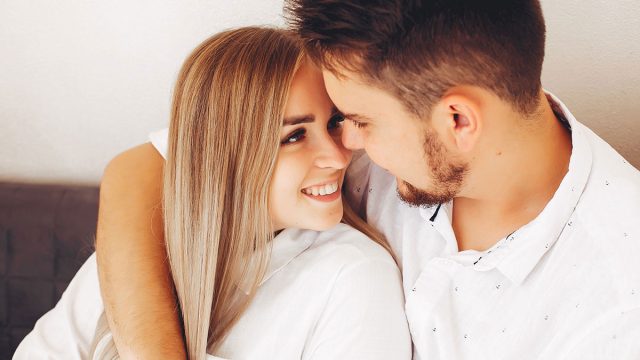 Virgos are notoriously difficult to read, so how can you tell if you’ve made your Virgo man jealous, possessive, or insecure?

Once you know the early signs of a possessive Virgo man, you can determine how to alleviate his fears.

If you’re not careful, a Virgo man’s jealousy can drive him away from you. Showing your loyalty is important to keep your relationship strong.

Be sensitive to his needs and watch for the signs a Virgo man is jealous and likes you, and you may win a loyal partner for life.

His Trust is Hard to Win

A Virgo man is more likely to be jealous early on in the relationship. This is because it takes a long time for anyone to earn his trust.

Virgos are very cautious, and tend to move quite slowly in romance. He is just as slow to become comfortable and secure enough to trust you completely.

You can expect some jealousy and insecurity at the beginning of your relationship with a Virgo man. Take it as a form of flattery and a sign that he is interested in you, and know that his jealousy will fade.

He Won’t Question You

Although Virgos value open and honest communication, he is unlikely to question you or tell you his feelings if he is jealous. He is more likely to retreat or withdraw, or become cold and distant.

If you suspect your Virgo man is feeling jealous, do your best to alleviate his fears. Boost his confidence and let him know that he’s the only one you want, even if he denies his jealousy.

A Virgo man won’t be suspicious of you or go looking for reasons to be jealous. If he notices a man flirting with you, he may still get jealous, but he won’t blame you.

If he already trusts you, he will expect you to let the other man down gently. He won’t assume that you are flirting back.

If he’s not comfortable enough with you yet to trust that you’re loyal to him, make it clear both to him and to the other man that you’re taken. It will help him trust you more and deepen your relationship.

He Is More Possessive Than Jealous

It’s not so much that a Virgo man gets jealous, or even suspicious. It’s more that he can be quite possessive. Possessiveness psychology is quite different from jealousy psychology.

Because of his need for stability and safety, he wants to know that you are his and only his. He doesn’t like uncertainty in his relationship.

If you’re married to a possessive Virgo man, then you know his possessiveness comes from a place of love. He admires and cares about you so much that he wants to belong to you, and vice versa.

Virgos are steadfast and loyal once they commit to someone, and he expects the same level of commitment out of you. He wants to be your one and only, just as much as he wants you all to himself.

This is the #1 mistake women make with a Virgo man...

He Doesn’t Want To Compete For You

Some signs enjoy a little jealousy, and even use it to spice up their relationships. Virgos absolutely hate this.

A Virgo man does not want to compete for the affections of a woman, no matter how much he likes her.

Rather than seeing a popular, coveted woman as a prize to fight over, a Virgo man will instead see too much competition, or perhaps someone who is unable to settle down. This will make him retreat.

Because Virgo men are very literal thinkers, he doesn’t like to play games. Never try to use reverse psychology to attract jealous and possessive Virgo men. It won’t work, and it will actually push them away.

Playing games, like pretending you’re not interested or trying to provoke jealousy in a Virgo man, won’t ignite his passion. Instead, he will think you’re unavailable, and he’ll give up on you.

Don’t expect a Virgo man to chase you if you toy with him. He guards his emotions carefully, and doesn’t like for them to be played with.

He Will Give You Unlimited Freedom

Although some level of possessiveness is to be expected from a Virgo man, once you’ve won his hard-earned trust, you have it until you do something to break it.

Once he knows your heart and believes you are devoted to him, a Virgo man will allow you unlimited freedom. You can travel alone, hang out with your male friends, and know that your Virgo man isn’t worried.

There is a difference between being possessive and controlling. One of the early signs of a controlling Virgo man is if he doesn’t give you freedom in the relationship. If he is controlling rather than possessive, it might be best for you to let him go.

If you’re wondering is a possessive Virgo man dangerous, the answer is no. A little possessiveness is normal to to be expected from him.

However, a controlling Virgo man, just like any controlling partner, could be dangerous. Make sure his possessiveness doesn’t turn into trying to control your every move, which is a sign of a toxic relationship.

A Virgo’s trust is hard to gain, so once you have it, don’t lose it. Remain loyal, and he will support your individuality and freedom unconditionally.

If You Cheat, It’s Over

Because it’s so difficult to gain a Virgo’s trust, once you break it, it’s over. If you cheat on him, he won’t get over it.

Disloyalty is devastating to Virgos. They invest a lot of time and emotions into their relationships. It’s hard for them to trust and let their walls down, and when the person they love betrays them, they don’t recover.

This isn’t because of jealousy, or because he can’t stand the thought of you with another man. It’s more because you were dishonest and made him feel insecure.

A Virgo man isn’t nosy or suspicious, but he is highly observant. If he suspects infidelity, he will take it upon himself to learn the truth.

Because of his possessiveness, a Virgo man won’t engage in an on-and-off relationship. He needs to know he can rely on you and that you are loyal to him at all times.

Is your Virgo man painfully distant? Rekindle your love.

He Doesn’t Want to Hear About Your Ex

He knows you’ve dated other people in the past, and he respects your former relationships. He just doesn’t want to hear about them.

If you’re wondering is possessiveness a sign of love, coming from a Virgo man, it is. He thinks of you as his special person, and doesn’t want to hear about a time when you were someone else’s.

Similarly, he probably won’t open up to you about his exes, either. This doesn’t mean that he still has feelings for them, or that he’s being evasive or mysterious.

It’s just that he knows he doesn’t like to hear about your past relationships, and thinks you wouldn’t want to hear about his, either. He doesn’t talk about his exes out of respect for you, not them.

If you want or need to talk about your past relationships, you’d be better off discussing them with your friends. If you talk to your Virgo partner about them too much, he might become insecure and pull away from you.

He Doesn’t Show His Jealousy

Virgos are very sensitive, observant, and intuitive, and they need their partners to have these traits, as well.

If you’ve done something to make your Virgo man jealous, he won’t spell it out for you. He won’t get angry or fight for you.

Instead, he will pull away from you and take a step back from the relationship. If he’s jealous, don’t expect him to contact you as much or be as affectionate.

He won’t tell you he’s jealous, so you’ll have to figure it out for yourself. If you suspect your Virgo man is feeling jealous, do what you can to reassure him.

Tell him how attractive and amazing you find him, and that the bond between you is special. Show him that you care about him more than any other man, and that you wouldn’t dream of being disloyal.

He Expects Your Loyalty

Virgos take commitment very seriously. He spends a lot of time and energy getting to know someone enough to commit to them, so once he’s in a relationship, he’s in it for the long haul.

If you want to know what causes possessiveness in a relationship with a Virgo man, it’s his own undying loyalty to you. He guards his own heart, and when he loves you, he will guard yours, too.

Once you’ve committed to him, a Virgo man will expect your unfailing loyalty in return for his. He’s unlikely to be suspicious, because he assumes you are just as devoted as he is.

Don’t take his trust or loyalty for granted. Return his fidelity, and you can both be assured that you have an unbreakable partnership.

How to Turn On a Virgo Man in Bed10 Important Things to Make a Virgo Man Commit
Hello, I'm Liz