10 Signs a Virgo Man is Ready to Commit 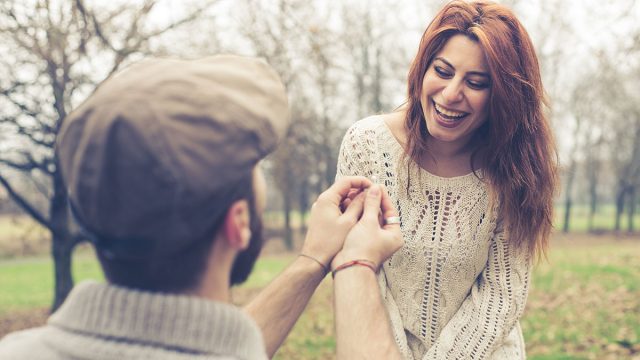 To a Virgo man, commitment is serious business. A Virgo man is slow in relationships because from day one he’s thinking of how it will play out long term.

A Virgo man, hesitant to move forward in a relationship, will nonetheless consider his future carefully.

If you’ve seen the signs a Virgo man cares about you but he hasn’t made it official yet, you may become frustrated. Be patient, he’s slow to make a commitment.

Frustrating as it is, a Virgo man is cautious because he’s trying to make sure everything is perfect. He’ll commit when he’s reassured of your standards.

Even when you see signs a Virgo man is falling in love with you, commitment may not be around the corner. He’ll show clear signs when he’s ready to commit.

1. He Starts to Change Plans to Include You

If you’re wondering how to tell if a Virgo man is interested in a serious commitment is his willingness to include you in his life is a sign. Virgo men are married to their schedules and they never want to change their routines.

Yet when he’s really interested in a serious relationship with you, he will start to include you in his life more and more. That means he will actually have to rework his plans and change his routines to make you more of a priority.

A Virgo man never wants to let go of control so when he changes his routine even a little bit to include you, you can be assured he’s serious. In the early phase of an attraction, he pencils time with you in around his priorities.

But when he becomes more serious, a Virgo man will start to cross out his other commitments and make you the priority. He may not drop everything and only focus on you. Instead he’ll commit to more regular time together.

This weird thing makes Virgo men lose interest... Here's how to make them stay in love.

2. He Introduces You to Family and Friends

A Virgo man has a map in his mind in which he compartmentalizes all his different friendships and connections. His work friends are in one box. His family is in another box. His hiking pals are in another.

Yet when one of the top Virgo man crush signs is when he starts to blur the lines and introduce you to his work friends, then his hiking friends and even his family. Usually he keeps everyone in their separate category.

Yet when he’s really serious about you, he’ll start to make the rounds with you. He’ll introduce you to more distant friends and family first, then zero in on the more serious connections. If he’s not serious about commitment he won’t take these dramatic steps.

Take this as a good sign he’s really serious about commitment. Meeting friends and family means he sees you as a fixture in his life for the long haul. He wants others to meet you because he’s sure about you.

3. He Talks About a Shared Future

Before a Virgo man says “I love you” he will drop hints at an interest in a shared future with you. He will start this off in a noncommittal way. First he’ll ask casually about your plans for the future.

Do you want a family? More children? How do you feel about dogs? Where do you see yourself living in five years? When he asks these practical questions, he’s trying to see how well you fit into each other’s lives.

Will a Virgo man test you? No but he will test the waters. He wants to analyze every detail of your personality and your goals to make sure you are compatible.

When he is satisfied that you are a good fit, he’ll start to talk about plans with you. He may mention that he has a chance for a promotion but will have to move out of state.

He’ll ask what you think about that. He’ll gauge whether your goals line up. He’ll start talking about home, family and even marriage. This may seem a bit extreme.

A Virgo man goes from aloof to asking you about your life plans. This is because he is an ace at suppressing his feelings. He doesn’t act on passions. Instead he acts on his logic and rationality. He’s making plans, a good sign of commitment.

4. He Takes Down His Dating Profile

A Virgo man’s dominant trait is his need to be in control. He may keep his options open when he’s unsure of you, but once he’s made up his mind that you’re the one, he closes off all other options.

A Virgo man who is serious about commitment will take down his dating profile. The only exception to this is if he uses the app so infrequently that he actually forgets and leaves it up.

If this is the case, you can rest assured his account has been inactive for months. If he was using it recently, it would be on his mind and he would close it out as soon as he commits to you.

5. He Tells You Directly

You’re spending time with him, enjoying some romantic Virgo man cuddles when he states calmly “I am ready for a commitment now.” That’s it, as if he was ordering soup at a restaurant.

Don’t put it past a Virgo man to be that blunt and seemingly irreverent. Sometimes he will just blurt out exactly what is on his mind. He isn’t good at subtle cues and can be direct.

He may follow this statement with a concise description of what he expects from the commitment and all his ground rules. This may seem awkward and unromantic.

Yet you never have to guess what he’s thinking or if he is being genuine. He means what he says, which is part of why he can state it in such a concrete way. A Virgo man doesn’t show any pretenses when it comes to commitment.

Get your Virgo man back after a breakup thanks to this short video.

6. He Defines the Relationship and Gives You His Rules

Whether a Virgo man does directly declare his desire to be committed to the relationship or not, he will define the relationship. Virgos are ruled by orderliness and boundaries.

He wants to make sure his rules are clearly understood so he will not leave anything open to interpretation. He’s not one to be ambiguous when it comes to defining the relationship.

A Virgo man may even have rules for his car, rules for meeting his family and rules for every aspect of life imaginable. When he lets you in on his system of orderliness and organization, you’ll know he’s serious.

7. He Becomes Monogamous and Expects the Same

A Virgo man definitely has rules about exclusivity. When he’s serious about the relationship he will want to make sure the relationship is closed off to anyone else. He will be devoted and committed to you alone.

He expects the same. Even if you are just curious to test him, don’t ever try to make a Virgo man jealous. This will only backfire. He needs to see that you are completely devoted to him.

When a Virgo man stops seeing other women and sets his sights on you alone, you know the relationship is going somewhere. He will want to see that you don’t flirt or maintain connections that may be dicey and potentially sexual.

8. He Talks About Living Together

Virgo men are all about efficiency. When he is serious about his life with you, he will talk about putting your lives together in practical ways. He’ll want to live with you.

After all, why pay two separate rents or mortgages now that you’re a serious couple? He’ll also see all the positive ways that living together will allow you both to save money. Yes he will initially be more focused on the practical issues.

He’ll talk more about how much you will be able to save by living together, cooking together, carpooling and putting your resources together. He’s not using you for financial gain. He cares, but he’ll be more expressive about the practical aspects of sharing your lives.

9. He Criticizes You More

This confuses many women. Often, they feel a Virgo man is becoming “hot and cold” because he talked about love and commitment. Now he’s nitpicking and criticizing constantly. What went wrong?

Nothing. This is an extension of a Virgo man showing his love and commitment. A Virgo man is a perfectionist and he wants to make sure you live up to your best as well. He wants to help you improve.

A Virgo man will criticize you to show he is serious about spending his life with you. After all, he wants to make sure you fit into his plans perfectly and so he will pick apart things you do.

He does this as a form of unsolicited constant criticism. He isn’t doing it to hurt your feelings. He’s trying to help you live up to your best.

10. He Tries to Fix Your Finances

Along the lines of a Virgo man trying to be helpful he will also try to fix any financial flaws you’ve had. When he’s serious he’ll try to help you fix your credit. He may make a budget for you or help you with financial goals.

If he gives you help financially it is because he’s trying to get you on a solid foundation so you’ll have a better chance together. He will see your financial habits as impacting his life.

As a result he may nag about finances more. He may try to get you to cut back on spending or pay off debts. He knows that your financial futures will be intertwined now that you’re committed.