How to Avoid Making a Virgo Man Break Up with You 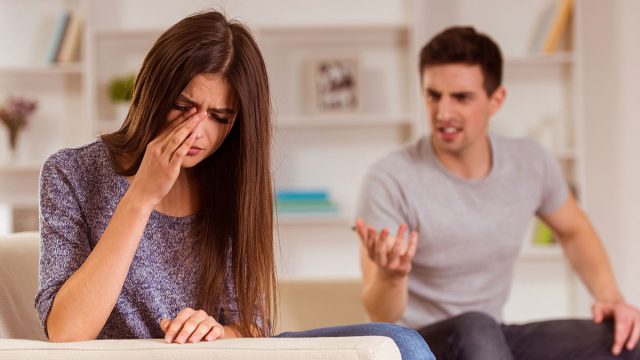 The last thing you want is a Virgo man break up. Virgos are efficient. A Virgo man, when hurt, will try everything he can to resolve the issues.

He doesn’t want to make a final decision to break up unless he really has to.

What most women don’t understand about Virgos and moving on after a break up, is that when he is truly finished, his mind will be like a computer that has been reset.

He’ll seal up his heart and make the decision to close the door for good. Ideally, you want to avoid this. When a Virgo man wants you back it’s a different story.

If he broke up with you because he didn’t know how to solve a problem, but still loves you, you’ll know. A Virgo man keeps coming back when he still thinks there’s hope.

A Virgo Man’s Boundaries and Limits

Before you get to the point where you ask “My Virgo man broke up with me, will he come back?” remember an ounce of prevention is better than trying to find out how to reconnect with a Virgo man.

Virgo men have strong boundaries and limits. They are usually not flexible with their concrete rules and routines. He knows not everyone follows his perfectionist standards, so he’ll explain his boundaries directly. The key is whether you take note of this communication.

Don’t take this for granted. It’s easy to project your love and desires unto your Virgo man and assume that he feels the way you feel. This is a mistake. Don’t try to change his routines or get him to shift his boundaries.

One of the biggest dilemmas that arises in a relationship with a Virgo man is his boundaries being overstepped or ignored. Even if you think his rules are exaggerated or overblown, they are set in stone to him.

You’ll know the signs you are treading on thin ice when he acts frustrated and irritable. If he has to repeatedly tell you his expectations or remind you of his boundaries, he’ll start to give up on the relationship.

Don’t Flood Him with Emotions

Do Virgos regret breaking up? Yes, usually when he felt you really had a great bond except for one little thing. That one thing may weigh on him. Even though it is only one thing, to him it may be a big deal.

This is true in the case of differences in dealing with emotion. He prefers to be a human robot. Distant from his feelings and emotions. Yet if you are highly emotional, dramatic and intense it can be an irreconcilable difference.

If you want to avoid a break up with a Virgo man, it is essential that you don’t flood him with emotions. Of course, you will still have your feelings and they are valid.

His strength is to nurture you practically and in sensible ways. Find healthy and appropriate ways to diffuse your emotions so he doesn’t end up feeling overwhelmed.

Don’t Put Demands on His Schedule

If you’re wondering how to know when a Virgo man is done with you, look closely at how he responds when you become too emotional or put demands on his time. He’ll shut down and appear cold.

But usually he’ll still try to work it out, hoping that you will be able to set feelings aside and become more practical and logical. Yet if you see this cold distance come over him frequently and consistently, it’s a red flag.

It can be an indicator he’s feeling threatened and overwhelmed because you are putting demands on his time or trying to get him to change his schedule.

Don’t Dominate his Time and Attention

If a Virgo man broke up with you but wants to remain friends, it could be that he really likes you but feels you’re too high maintenance. This is a designation you don’t want to have in his mind.

High maintenance women come across to him as either emotionally needy, insecure or demanding. He can be attentive and thoughtful but he doesn’t want to put all his time and energy into focusing on you.

He knows very well there is a difference between a balanced relationship and an unhealthy obsession. He won’t go into obsessive mode no matter what. It’s best to not try to overwhelm him or insist on being the center of his world.

Enjoy the time you have with him but also know his downtime and other obligations are important and also command his focus at times. Don’t take this personally.

He’s Patient, but Only to a Point

A Virgo man loves to help you advance. He will be patient and loyal as he gives advice and suggestions. He’ll research ways to help you improve your health, career, finances and any goal you can think of.

Yet his patience has an end point. He will notice if you always seem to need help but never take his suggestions. If you don’t take his advice or at least seem willing to try his suggestions, he’ll take it personally.

He’ll assume you don’t value him, He’ll think you are wasting his time and will place his efforts into his hobbies. Over time, he’ll start to feel like you’re blocking him from doing one of his favorite things in a relationship, helping you.

If that happens, you’re on thin ice. He’ll start to contemplate what the purpose of being in a relationship is if he is not able to fulfill his role of helper and humble assistant. The final stage will be him disconnecting from you completely.

Don’t Give Him Reasons to Doubt Your Loyalty

A Virgo man can definitely be cold and aloof but don’t think that drama is the way to get his attention. He is naturally dedicated, loyal and patient. Yet if you take advantage of this, he will react.

If he feels taken for granted or feels like you aren’t sharing his loyalty, he’ll react by pulling the door shut, fast. He doesn’t play games and is always honest and transparent. He’ll expect the same authenticity from you.

If you try to make him feel jealous or flirt with other guys to get a reaction from him, you won’t get the reaction you wanted. A Virgo man doesn’t do drama. He won’t fight for a relationship.

He’ll work diligently to improve conflicts and help you grow and progress, but if he feels you’re giving him reasons to be doubt your loyalty he’ll be quick to shut down. He won’t take time to try to compete with another.

He would rather preserve his peace of mind, even if he cares. He knows his feelings will settle eventually and stability is more important to him than love.

Respect His Time and Energy

If you’re always late, if you try to pull him away from his routines and plans, if you frequently stay late when he’s told you he has to be up early for work, he will start to shut down.

You may feel you’re being sweet and romantic. Yet to a Virgo man, all of this feels intrusive and suffocating. He’s obsessed with his routines and schedules. He won’t want to be with someone who doesn’t respect his time restrictions.

Avoid looking needy and demanding by trying to take up too much of his time. If he wants to stay late, he’ll tell you. But if he keeps checking the time and especially if he’s made reference to having somewhere else to go, don’t try to hold his attention.

He’s patient and wants to be in a relationship for the long haul but he won’t be able to reconcile feeling like he’s always pressed for time because you aren’t respecting his limits.

Don’t Dismiss His Knowledge and Advice

A Virgo man doesn’t have a proud bone in his body. If there is one thing he is modestly close to proud about, it is his intellect. He is confident in his collection of useful information about all kind of things.

His knowledge and advice is, to a Virgo man, his main source of social currency. If he feels you aren’t taking his knowledge seriously he’ll feel dethroned. He will feel disempowered.

Give Him Space when Things Get Rocky

At some point your relationship will get rocky. You’re both human. It’s normal. When this happens, knowing how to manage it can make the difference between a stronger bond or a breakup.

A Virgo man needs to have security and stability in his life. When your relationship is rocky, it challenges his sense of consistency. He needs to take some time to resume control over his life.

Don’t take this personally. He needs to feel in control because this makes him feel productive and efficient. Give him some time and let him sort out his feelings and thoughts. Let him set the pace for getting the relationship back on track.

The Virgo Man’s Best Compatibility Match for MarriageHow to Turn On a Virgo Man in Bed
Hello, I'm Liz