Will a Virgo Man Apologize After Upsetting You? 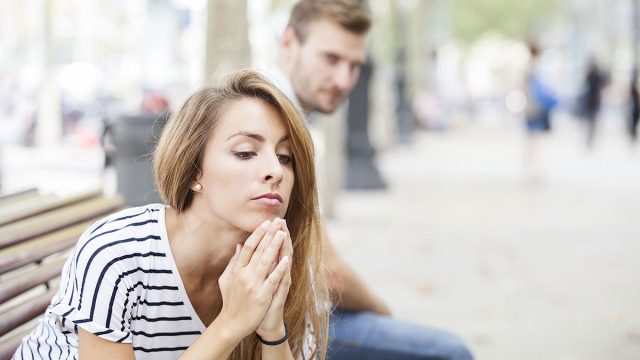 When a Virgo man wants you back after an argument, he doesn’t follow the typical rules most women expect. Is a Virgo man manipulative?

Not exactly. He’s just not in tune with your feelings because he’s more rational than emotional.

A Virgo man always comes back. Yet he doesn’t come around with a heartfelt apology for upsetting you. You may wonder how he can be so thoughtful and clueless at the same time.

If you understand how a Virgo man thinks, you’ll know he is less concerned with feelings and more concerned with data. He’ll apologize for specific actions that were wrong, but not for feelings.

He won’t apologize for upsetting you. He may apologize if he sees factual data proving he misspoke or acted inappropriately. Yet he’ll see it as a matter of corrective action.

A Virgo-Style Apology is Practical

Before trying to figure out how to hurt a Virgo man who has hurt your feelings, try to step back and examine whether he realizes why you’re upset. You may think his statements or actions are wrong for hurting your feelings.

But to a Virgo man, hurt feelings alone are not an infraction. He won’t apologize for how you feel. Trying to get him to empathize with you may actually get you farther from the goal you want.

If you want an apology, focus on pointing out the practical aspects of what happened. What specific details or actions were wrong? Speak about these details. Present your case as if presenting details to a mediator or judge.

A Heartbroken Virgo male may not verbally apologize. This doesn’t mean he doesn’t love you. He may still want you back and may even be deeply in love. He’ll show his remorse, rather than speak about it.

Try to be flexible in your expectations. Understand that there are numerous ways to show remorse. In the absence of a verbal apology, a Virgo man will show you in other ways when he’s sorry.

When he talks to you, his tone may soften up. He may show additional patience and compassion. He’ll give you gifts to try to show that he’s remorseful. He’s not trying to buy your love, he’s trying to give a peace offering.

His Best Apology is Not Repeating a Mistake

A Virgo man may go back and forth as he figures out the root source of the mistake he’s made. He has to deeply analyze the situation and come to understand what he did wrong.

He’s humble and quiet, so he may not make a big deal about his apology. He’s not likely to make a dramatic public statement. Instead he’ll work on analyzing how he can avoid making the same mistake again.

To a Virgo man, if you never have to bring up a problem again because he’s broken a cycle and stopped a problem behavior, then that is better than any apology he could make.

He would rather put his effort into not repeating a problem than put his energy into repeatedly telling you how sorry he is. To him, actions speak louder than words.

He Won’t Apologize for Your Feelings

In a Virgo man’s fantasy, everyone would operate like robots. They would say exactly what they think and not get distracted by how they feel. He doesn’t understand why people put so much emphasis on feelings.

It confuses him, then, when you want him to put so much focus on how something he did made you feel. This is often a point of contention. He’ll hold his ground, insisting that he doesn’t have to accommodate your emotions.
But he’s not heartless. He does want to make you happy and comfortable. He’ll focus on practical ways to apologize and show you through his actions that he’s gotten the message.

He’ll work to prove he’s learned from his mistake and doesn’t want you to be upset. Yet he doesn’t want to focus on whether you’re hurt by his words or actions. He doesn’t know how to have emotional conversations.

Help Him Understand Why You’re Upset

Instead of investigating how to make a Virgo man feel guilty, your efforts are better spent making it clear to him why you’re upset. Highlight the specific words and actions that hurt you.

Instead of focusing on the pain or anger specifically, focus on the practical matters. What exactly did he do wrong? Why did it violate your boundaries? For added emphasis, focus on how his actions or words effected your ability to do important things.

For example, if you make it clear that because he was late it threw off your schedule or because he made a critical comment you were so anxious you lost sleep, he’ll have more empathy.

Yes, it’s backwards. He should empathize with how you feel yet his style as a Virgo is to empathize with your schedule. That’s because he is strongly tied to his routines. He’s disconnected from his feelings, but can understand the importance of priorities.

When he understands not only what he did but also how his actions or words disrupted your work, routines, schedule, finances, health or ability to run errands, he will take notice.

Once He Says He’s Sorry, He Wants to Forget the Incident

A Virgo man will want you to ignore the incident once he feels it’s been addressed. Before you decide to ignore your Virgo man’s past mistakes, be sure you’ve actually dealt with the issue.

Don’t just sweep things under the rug, even if that’s what he wants to do. Virgo men love learning from their mistakes. It’s in his best interest to see what went wrong.

To make the best of the learning process, focus on facts. Don’t label him with attributes (such as lazy). Instead, focus on the action (cutting corners to get a job done quickly). Don’t just blame him or call names. Focus on the behavior.

He Needs to Know What to do Differently in the Future

You may want to ignore a Virgo man once the incident has blown over. This is actually not the best course of action. A Virgo man needs to learn from his mistakes. Don’t bring it up incessantly just to rub it in his face.

Instead bring up the situation as a way for him to learn and do better in the future. If his abrupt way of speaking to you has upset you, suggest different ways he could have gotten his point across.

He’s highly intelligent but sometimes his bedside manner leaves something to be desired. Role model and explain what would have worked better. This way he can learn from experience, which is important to him.

If you wonder how to make a Virgo man obsessed with you, you’ve got to understand how he thinks. This includes understanding what motivates him to apologize. He’s humble and modest.

He’s also very stubborn. If he really doesn’t see what he did wrong its usually not because he’s being arrogant. It’s because he is stuck on some trivial detail that keeps him from seeing the big picture.

If he’s not willing to let go of some concrete, narrow view of what he thinks should be true, he may keep himself from seeing what is true. His humility helps him to admit when he’s wrong but his stubborn streak can work against this insight. Be patient as he analyzes the situation.

What an Apology from a Virgo Man May Sound Like

When a Virgo man does apologize, it may not come out in the words “I’m sorry.” Instead he is likely to focus on the details of data and facts of the situation.

He may say, nonchalantly, “I checked that statistic, turns out you were right.” Now you’re on the edge of your seat, waiting for the second part of the sentence. Waiting for him to say “I’m sorry I doubted you.” But that statement doesn’t come.

He doesn’t feel the need to follow up with an apology. His correction of the issue and acknowledgement of this correction is enough. His statements will focus on problem and solution.

When he thinks he’s solved the problem, he’ll move on to the next issue. He’ll focus on tasks, not feelings.

Show Him that You Learned Something from the Situation

Another twist on getting an apology from a Virgo man is to use a little reverse psychology. Even if the situation wasn’t your fault, bring up a conversation about what you learned from the conflict.

Tell him what you are taking to heart and what you’ve learned to do different. This will initiate a conversation about what he also learned from the situation. He still may not come out and apologize.

Don’t lower your standards. Instead, keep your expectations open. Consider that his willingness to discuss the issues and try to resolve the conflict without specifically discussing a blatant apology.

Rise to the occasion and take the lead on talking about what was learned in the situation. Take the higher road. This doesn’t mean that you apologize for his aspect of the conflict. Instead take initiative to show that you are learning from the problem.