What is The Virgo Man’s Spirit Animal? 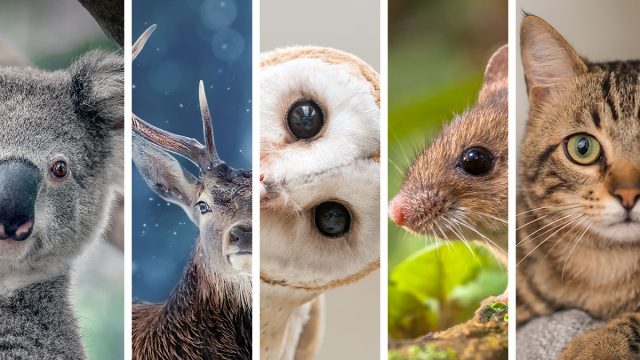 If you enjoy learning about astrology, you might also have an interest in the spirit animals for each sign, such as the Virgo man’s animal.

Which creatures best represent this studious and hard-working astrological sign?

As one of the cleanest and most intellectual signs of the entire zodiac, you may not think that a Virgo has anything in common with any animals.

But even the highly evolved Virgo can be explained by spirit animals that share their distinctive characteristics.

By learning more about his sign’s quintessential personality traits and behaviors, you will know which animals a Virgo man connects with the most.

I also have an article about Virgo woman’s animal that you may find interesting.

Koalas represent Virgo men well because they are quite shy, and there is much more to their personalities than you may notice at first glance.

Koalas look like cute and cuddly teddy bears, but they are actually not very social creatures. They don’t like engaging with other animals outside their own species.

As adorable and snuggly as they appear, you should never try to approach a wild koala. If you tried to hug a koala, you would probably suffer from a vicious scratch or bite.

While they have been known to attack dogs or humans, koalas aren’t as aggressive towards their own kind.

Much like a koala, a Virgo man prefers to stick to their close circle of friends. The koala’s shyness makes it the ideal Virgo animal symbol.

A Virgo man possesses social skills and knows how to handle himself around other people, but he is much more comfortable with his family or best friends than a large crowd.

Another reason that koalas make the list of Virgo spirit animals is their love of plants. Koalas are often pictured climbing eucalyptus trees and munching the stringy leaves.

Although they smell wonderful to humans (and koalas), eucalyptus leaves contain molecules that make them poisonous to almost every other animal.

While we can enjoy the scent and make tea out of dried eucalyptus leaves, even humans cannot eat fresh leaves from the eucalyptus plant. But the koala is impervious to these toxins and can happily eat pounds of this plant.

Every zodiac sign correlates with one of four natural elements: earth, fire, air, or water. A sign’s element reveals a great deal about that sign’s distinctive personality traits.

Virgo is one of the earth signs, and earth signs are known for being, as the name suggests, down to earth.

Earth signs are very in touch with nature, and most Virgo men have a fascination with greenery and the outdoors, much like their eucalyptus-loving koala spirit animal. 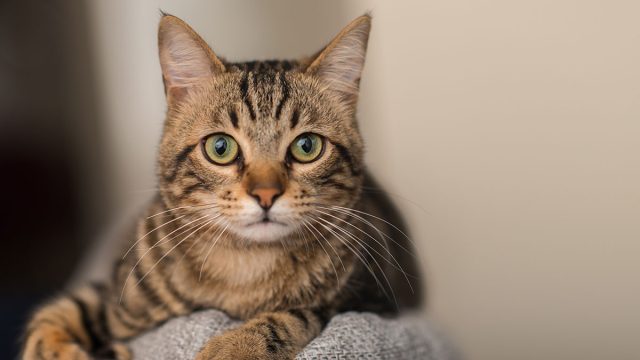 When it comes to owning a pet, most people identify as either a dog person or a cat person.

Both of these domesticated animals make great house pets, but cats are undeniably more self-reliant than dogs. This trait makes the cat an ideal Virgo spirit animal.

When it comes to the typical Virgo traits, a male born under this zodiac sign is independent and self-reliant.

Although he is always willing to lend a helping hand to the ones he loves, he hates asking anyone else for assistance.

Just as a cat cleans itself by licking, tends to its own bathroom needs by using a box indoors, and can even catch mice for food, a Virgo man likes to take care of himself.

While a dog bonds quickly with its owner and may suffer from separation anxiety when separated from its pack of humans or other dogs, a cat is perfectly content to be alone.

The cat doesn’t need anyone to take care of it and it doesn’t even crave a lot of interaction or emotional support.

Virgo men hate feeling like a burden to others and they rarely bother their friends with their emotional problems.

When a man born under the Virgo sign dates a woman, he maintains his independence by avoiding intertwining their lives too quickly.

For example, a Virgo man will wait a long time before moving in with a romantic partner or opening a joint bank account.

It’s not that he fears commitment so much as he prefers to keep practical matters, like living spaces and finances, separate so that he can continue to rely only on himself.

The self-contained and self-supporting nature of a cat makes this pet the perfect symbol for a Virgo man. 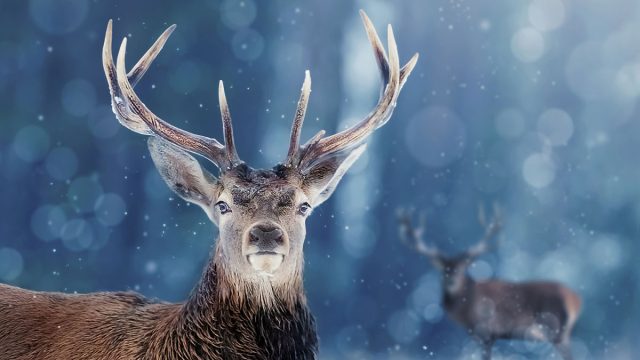 Most signs of the zodiac have an animal symbol, but Virgo is one of the rare signs that does not have a beast as its emblem.

A Virgo man is far too refined to be portrayed by a lowly animal. But when selecting creatures that exemplify this graceful zodiac sign, the deer serves as a symbol of Virgo’s guardedness.

One of the typical Virgo traits is caution. This zodiac sign is attentive and aware of his surroundings at all times. Like the deer, a Virgo man is always on the lookout for danger or predators.

Every zodiac sign has a negative or positive polarity. Virgo is one of the six negative zodiac signs.

This means that a Virgo man tends to be a pessimist, and he views the glass as half-empty instead of half-full.

Virgos tend to get a reputation as being cynical and anxious because they are always envisioning the worst-case scenario. But a Virgo man likes to be prepared, so he stays alert.

A deer in the wild goes still when it hears the rustle of dry leaves or the crack of twig signaling that something is approaching. It will take off and run if another creature advances towards it.

The deer’s purity and innocence also make it the perfect Virgo symbol animal. After all, Virgo is the sign of the virgin.

Although he isn’t particularly sensitive or emotional, a Virgo man never seeks to harm anyone else.

He also possesses a great deal of self-control, so he rarely gives in to his basic animal instincts. He is never violent, gluttonous, or impulsive.

As a harmless herbivore, the deer is sweet and innocent. It doesn’t pose a threat to other animals and is an example of virtue and goodness, much like a Virgo man.

The mouse is among a Virgo man’s spirit animals because it represents his attention to detail and obsession with even the tiniest of imperfections.

Virgo is perhaps the most fastidious of all the zodiac signs, meaning they tend to focus on the smaller details rather than the big picture.

A Virgo man makes a great employee because you can always count on him to work tirelessly until a task is completed precisely and correctly.

A man born under the Virgo horoscope sign is very detail-oriented. This trait usually manifests as an obsession with cleanliness and organization.

If you know an uncharacteristically messy Virgo guy, you can bet that his attention to detail shines through in other ways.

Perhaps he has a hobby that requires extreme focus and meticulousness, such as painting miniature figures or cooking complicated recipes.

The typical Virgo personality is critical and analytical. His pessimistic nature combined with his attention to detail makes him fixate on flaws that others don’t see.

Just as a mouse can find the smallest crumbs of food or squeeze into the littlest spaces, a Virgo man catches the tiny imperfections.

While this may earn him the reputation of being fussy or disapproving, his fastidiousness comes in handy when you need to execute a plan without a hitch or complete a task perfectly.

Mice are minuscule, but their size gives them the ability to focus on the small things others may not notice, just like a Virgo man. 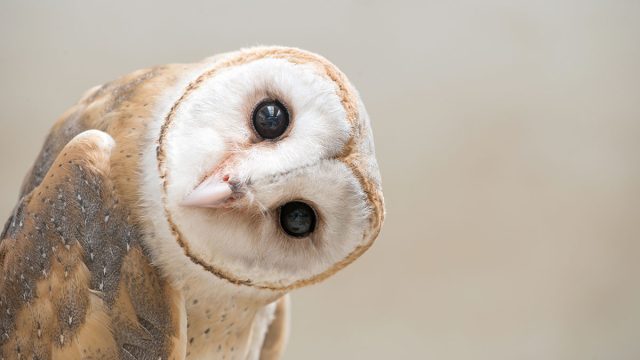 It would be an injustice to Virgos not to mention a wise creature as a spirit animal for this highly intelligent zodiac sign.

Owls have long stood as a symbol for intelligence, observation, and higher learning, all of which are important to a Virgo man.

Virgos also value logic and reason over emotion and intuition, and they trust facts and statistics far more than gut feelings or instincts.

The watchful predator owl carefully surveys his surroundings before swooping in for the kill and does most of its work under the shield of darkness.

Like the nocturnal owl, a Virgo man works hard, but he does not need praise or recognition from others to stay motivated. The fruits of his labor (like the owl’s catch) are enough of a reward for him.

Just as the owl watches and waits before pouncing on its prey in the night, Virgo men don’t act impulsively and they always think twice before they speak.

Owls are also communicative because they use their well-known hoot to defend their territory, warn other animals of predators, and interact with their mates.

The wisdom and communication skills of a Virgo man are perhaps best explained by his sign’s guiding planet. Along with Gemini, Virgo is one of the zodiac signs with Mercury as its ruling planet.

Mercury, known as the messenger of the gods in Greek mythology, is the planet of communication, intelligence, reason, and wit.

No creature symbolizes brainpower like the wise owl, making it the perfect animal to represent a Virgo guy.

Why Are Virgo Men So…?Virgo Man Compatibility with All 12 Signs
Hello, I'm Liz