10 Signs a Taurus Man is Using You 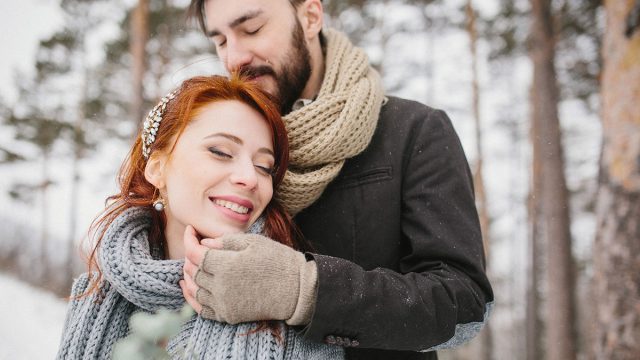 It can be easy to tell if a Taurus man is using you. There are many things he’ll do to tip you off.

Taurus is generally a caring partner. He tries to make his partner feel good. If he’s using you, he won’t bother with that.

Context is important when looking for signs Taurus is using you.

If he only exhibits certain behaviors for a short period of time and they seem out of character for him, something else might be going on. He might be busy, absent-minded, or upset for some reason.

When he constantly treats you poorly and makes no effort to show you he cares, though, he might be using you.

Taurus isn’t as outwardly judgemental as his fellow earth sign Virgo is. When he cares about somebody, he prefers to lift them up rather than criticize them.

Taurus does have a tendency to be brutally honest but with people he loves, he’s never overly cruel and he doesn’t go out of his way to point out their flaws.

If he’s constantly criticizing you and pointing out flaws, that’s a sign he might not actually care about you.

Pay attention to the nature of his criticisms. If he’s always criticizing your appearance when you’re out with him, he might just be keeping you around as “arm candy”.

If he is critical of your skills in bed and won’t let it go, he’s using you for sex and he isn’t getting what he wants.

He might just not be thinking about your feelings when he makes these criticisms. If he’s overly critical of you and not other people, it’s because he just doesn’t care about how you feel.

If you’re in a relationship, this is one of the signs that a Taurus man has lost interest. If he stops being romantic after years together, he’s not using you necessarily. He’s just slowing the brakes for some reason.

If you are just starting to date and he’s never once been romantic, look out.

Taurus loves romance. He loves to love. He normally treats his partner like a queen. He likes to woo people he’s with and make them feel good.

Don’t take it as a red flag if your normally romantic Taurus isn’t his usual romantic self for a short amount of time. He might just be busy or going through something.

This is only a potential problem if he’s never been romantic and doesn’t make any effort to be.

Would a Taurus man lead you on? The truth is, any sign is capable of using somebody, no matter how “nice” they are supposed to be.

Taurus can be a generous sign on the positive end of things but a Taurus with more negative qualities will be selfish.

If your Taurus partner is always selfish and doesn’t just act this way with you, it might be a personality flaw that he needs to work on. He’s not using you, he’s just a selfish person and he has some growing up to do.

If you see him helping others out but he never helps you, that might be a sign he’s using you. If everyone else describes him as generous or selfless but he’s extremely selfish around you, there is a problem.

This by itself isn’t the way to know if a Taurus man is using you for certain. Everyone is insensitive sometimes, Taurus included.

If he’s always insensitive and it’s not just with you, that is also potentially just a personality flaw. He needs to work on himself and pay attention to how he makes others feel.

If the insensitivity seems to be focused on you, that’s when it’s a sign he doesn’t care about you.

Taurus doesn’t like to hurt the people he cares about. It happens sometimes but he generally tries to avoid it as much as possible. He cares about how other people feel.

If he is constantly hurting your feelings and making you feel bad, it might be because he doesn’t care about your feelings.

Try to talk to him about how he’s making you feel. If he dismisses your feelings and doesn’t do anything to change his behavior, that is a major red flag.

Some people would describe Taurus as a generous person. He tends to be materialistic and he likes to have nice things but he also likes to share the wealth with people he cares about.

If he’s constantly borrowing money and never paying you back, he might just be using you for the money.

If you give him gifts, affection, and love and he never returns the favor, that’s a sign he doesn’t take your relationship seriously.

When Taurus cares about somebody, he wants them to have nice things as well. He’ll give them gifts. He wants to make sure they know he loves them.

If he does nothing to make you feel loved and never does anything to return your generosity, he likely doesn’t love you.

If he is taking more than you can give, that’s when to give up on a Taurus man. You can’t keep giving to somebody who never gives you anything back.

When a Taurus man goes quiet for a short period of time and then comes back, that’s not necessarily a red flag. He might just be going through something.

If he drops off the face of the earth when he’s supposed to meet up with you and does this frequently, that’s a bad sign.

When a Taurus man lies to you about where he is, misses dates with you, and then ghosts, he may just be using you.

He might make plans with you and then drop off the face of the planet. He’ll ignore your calls.

He probably just found something better to do and didn’t bother to reschedule with you. This is a sign he doesn’t want to spend time with you.

If a Taurus man acts interested then disappears, it’s because he got whatever it was he wanted from you.

This is one of the signs a Taurus man is playing you or that he doesn’t take your relationships as seriously as you do.

Even the most loving Taurus man isn’t going to prioritize you 100% of the time. He needs to prioritize himself sometimes. He has friends and family that need to take priority at times as well.

If he never puts you first, that’s a bad sign. If he’s not there for you following a death in the family because he wants to go to a party, for example, that’s a sign he doesn’t care.

If he is constantly ditching you for his friends and putting more time and effort into other relationships instead of yours, that’s a sign he might not actually want to be in a relationship with you.

If a Taurus man doesn’t want a relationship, he’s usually upfront about that. If he says he wants a relationship but then doesn’t act like you’re in one, that’s a red flag.

Taurus likes to have sex. Typically, he also likes to make sure his partner is having a good time during sex.

Taurus is normally eager to please and will listen when his partner tells him what they like. If he ignores your needs and refuses to do anything to make you feel good, he might just be using you to get himself off.

He won’t care if you have a good time. He might skip the foreplay. He’ll only do things he likes and ignore you when you try to suggest things to do in bed.

If you want to get a little revenge, you can easily learn how to play a Taurus man at his own game. If he’s constantly being selfish in bed, you need to be selfish too.

Taurus normally loves to compliment his partner. He likes to make them feel good and he wants them to know he loves them.

If he never compliments you, that might be a bad sign. This is especially true if you notice that he compliments other people.

Try complimenting him and see how he reacts. Sometimes, Taurus will return a compliment with another compliment. If he is dismissive of your compliment and doesn’t offer one in return, that might be a bad sign.

It’s not a red flag if a Taurus doesn’t shower you with gifts. Not all Taurus men can afford frequent, expensive gifts.

Even a poor Taurus man likes to give his partner little tokens of appreciation, though. They might be small or handmade but he likes to show people he cares.

If he never gives you anything, that might be a bad sign. If he totally ignores your birthday and other gift-giving holidays, that is a major red flag.

What to Expect Sexually From a Taurus Man?What is The Taurus Man Texting Style?
Hello, I'm Liz