What is The Taurus Man Texting Style? 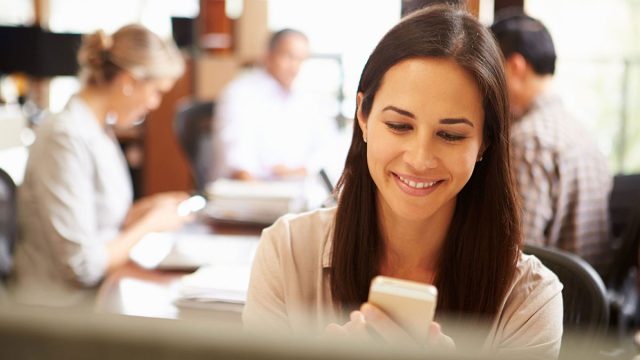 A Taurus man’s texting style can be described as simple, flirty, and direct. He’s not a very complicated person, at least when it comes to texting.

He usually settles into a routine with his texting. It’ll be easy to tell when something is off because of that.

Most Taurus men would prefer to talk in person rather than via text.

For this reason, text conversations often aren’t serious. If he has something important to discuss, he’s going to do it in person.

When he does text, the tone is going to be light. He’ll flirt.

He’ll send some cute emojis or a few pictures of himself. He’ll never have a serious discussion over text, though.

When he settles into a routine with you, you’ll learn when to expect texts from him and when it’s better to hold off on sending a text of your own.

Flirting isn’t necessarily one of the signs a Taurus man likes you through text. It can be hard to tell if a Taurus man is interested or just friendly. He’s flirty, especially in text messages, even when he just wants to be friends.

Flirting is something that’s fun for him. It’s enjoyable. He doesn’t take text conversations very seriously. Flirting is one way he makes them fun for himself and for the other person.

He’ll flirt in similar ways to how he’d flirt in person. He is missing the physical element, though, which is pretty important to his flirting style. In place of that, he’ll add emojis or even send photos of himself.

If you flirt back, he’s not going to take that as a sign you’re interested in him. Feel free to just have some innocent, flirtatious fun when you’re texting him.

Xs, Os, and various emojis are part of a Taurus man’s texting style.

Again, this isn’t a sign he’s interested in you. He sends “kisses and hugs” at the end of messages to friends, family, acquaintances, etc.

These will be peppered through his messages. One of the reasons he does this is because you can’t read tone through text. He might be trying to show that something he said was meant to be read in an affectionate way.

That’s also why he tends to overuse emojis. He’s a sensual person. Normally, conversations involve every sense for him. When you’re only looking at text, some of the meaning behind somebody’s words get lost.

If you two are dating, he’ll send kiss and heart emojis even more frequently. If he can’t kiss you goodnight, an emoji will just have to do.

You probably aren’t going to have a lot of complex discussions with Taurus over text message. He prefers to have intense conversations in person.

This doesn’t mean that you can’t have long conversations over text. It just means they’re going to be more simple in nature.

If you two are fighting, he’s not going to text you about it. He might text you to say that he’s ready to talk but the actual talking is going to be in person.

If he wants to discuss a television show you both watch, he might text you to say he liked the most recent episode.

Any talk about your theories regarding what may happen next is going to have to wait until he can actually talk to you, though.

Simple isn’t bad. Taurus just thinks certain topics should be discussed in person or, at the very least, over the phone. That way you can avoid misunderstandings.

A Taurus man’s communication style is straightforward. His texting style is no different.

He might seem blunt at times but he’s not trying to be rude. He’s not being short with you. He just doesn’t want to leave any room for error when it comes to interpreting the meaning behind his words.

If he wants to ask you a question, he’s just going to ask. He doesn’t think there needs to be any preamble. Don’t expect him to “properly” greet you any time he wants to ask a favor via text.

He is sometimes even more direct over text than he is in person. This is because he doesn’t want to be misunderstood. When you can’t see him and hear him, the likelihood of his words being misinterpreted increases.

His texts are to-the-point. Even a Taurus who is normally very wordy will be more direct over text. When you’re actually with him, you can read his mood, hear his tone, etc. Over text, you can’t do those things.

Taurus prefers to have conversations in person, yes, but that doesn’t mean he hates texting.

His texts are frequent. That doesn’t mean he’s always texting to have a conversation, though.

If he sees a recipe he thinks you’ll like, he’ll text it to you. If he wants to show off a new outfit, he’ll message you some pictures.

Taurus also frequently sends memes and links to random articles to the people he texts. He sees text messages as a quick and easy way to share things with people.

He’s not trying to spam you or annoy you, he’s just trying to show you that he’s thinking of you.

If you are in a long-distance relationship with a Taurus, you can expect frequent messages “just to say hi”. Even if he doesn’t have anything to talk about, he’ll reach out just to show you he’s available.

Should you text a Taurus man first? You can! You don’t need to always initiate contact, though. He’ll text first sometimes.

Sometimes, Taurus settles into a routine with the people he frequently texts. He might have certain hours of the day where he texts more often than others.

He might always send a “good morning” text because he wakes up before you do. He might also wait for you to text him first because he doesn’t want to accidentally wake you up with his text. That exact habit will depend on the Taurus.

You’ll start to notice when he’s more or less likely to text you. You might even be able to figure out when he wakes up, when he has his lunch break, when he gets home from work, etc. based on when he texts.

If a Taurus man is not texting you when he normally does, that might be a sign something is up. when a Taurus man disappears completely and stops all communication, he might be upset with you.

It might seem odd to find a lot of flattery in a Taurus man’s text messages. After all, he doesn’t like it when people are insincere. He likes to compliment people but he also likes to mean it when he does.

He might seem excessive in his compliments or praise via text at times. This will be extremely weird to anyone who communicates with him in person frequently.

The reason this happens is because, again, it’s hard to read tone in a conversation. He doesn’t want you to think he’s upset or angry with you because of something he said.

If he thinks his tone is coming across as rude or angry via text, he’ll try to make up for it by being overly nice. That’s all it is.

Is a Taurus man bad at communication through text? Not at all! In fact, texting is a pretty reliable way to keep in touch with him.

If you text him with a question, he’s going to answer you. If you let him know something is time-sensitive, he’ll make sure to give you a reply in time.

When a Taurus says he’s going to text you at a certain time, you can expect that he’ll actually text you then.

This is great for when you’re in a long-distance relationship with Taurus, whether you’re dating or just friends. You can always trust that he’s going to respond to you.

He might not always reply instantly but he’s also not going to leave you on read for days on end.

Taurus likes to joke and be funny when he’s texting. It’s one way he lightens the mood.

If he’s normally not the best at delivering punchlines in person because he laughs before he gets to the end of the joke, he’ll love telling jokes via text!

Even if he’s cracking up before he finishes the joke, it’s fine. You can’t see him.

If a Taurus man stops texting, you don’t necessarily need to worry about it. Give him a little time before you panic.

If a Taurus man doesn’t text back right away, it doesn’t mean he’s ignoring you. He might be working hard on something else. He doesn’t like to interrupt his flow when he really gets going with something.

If he fails to text you when he says he will and is refusing to respond, even though you’re getting a read receipt, that’s a sign something is up.

If he’s angry with you, he’s not going to just keep texting you and pretend everything is fine. He’ll need some time to calm down so that he can have a proper discussion with you.