Why Has a Taurus Man Stopped Texting Me? 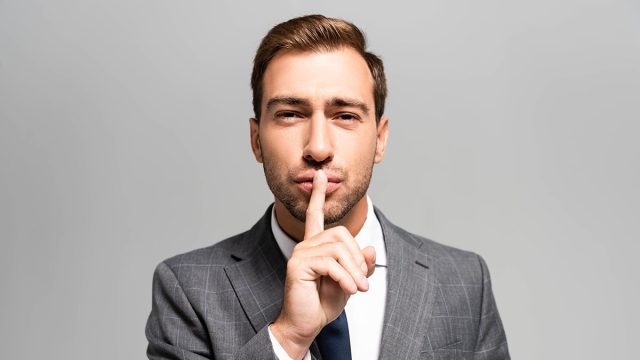 If the Taurus guy you’ve been messaging suddenly goes silent, you are probably wondering why your Taurus man stopped texting.

Has he lost interest in you or is there some other reason?

It’s very unlike a Taurus guy to leave you hanging after you text him. Although he may not text back immediately, you can almost always expect to hear back from him eventually.

So, what are the reasons that make him so slow to respond, and why might he never text you back at all?

By learning more about his zodiac sign’s personality traits and communications style, you will gain a better understanding of why your Taurus man stopped texting you.

He Isn’t Checking His Phone

When your Taurus man doesn’t text back, it’s easy to assume the worst and think that he is mad at you or that he’s lost interest in you.

You might even worry about him and wonder if something happened to him that made him unable to respond.

But in all likelihood, your Taurus man is perfectly safe and your relationship with him is unchanged.

A Taurus man isn’t the type to be glued to his phone, so if he doesn’t text you back right away, he probably doesn’t have his phone nearby or it’s on silent mode.

He doesn’t check his phone constantly and he’s not addicted to texting or social media, so the answer to why he hasn’t responded is probably as simple as he hasn’t seen your message yet.

He Is Busy at Work

Another likely reason why your Taurus man stopped texting is that he is busy at work. Taurus is one of the most hard-working zodiac signs, so he probably set his phone aside so he can concentrate on his job.

Have a little patience with a Taurus man and don’t bombard him with lots of texts while he’s at work.

When he checks his phone eventually, he will be overwhelmed by the number of messages you sent and might not even bother to read through all of them.

Just send him one or two texts to let him know that you’re thinking of him, but don’t pressure him to rush his task or abandon his work.

He will grow even more fond of you when he sees that you respect and appreciate his work ethic enough not to bother him when he’s busy.

He Is Socializing With Friends

Another reason why a Taurus man is not responding to you anymore could be that he is socializing with his friends and family.

A Taurus guy prefers face to face interaction over texting, so when he is hanging out with friends, he puts his phone away and gives the people in front of him his full attention.

Your Taurus man probably extends the same courtesy to you when he spends time with you.

Pay attention to how frequently he checks his phone when you are hanging out with your Taurus guy, and you will likely notice that he’s rarely looking at his messages.

He Is Handling Someone’s Emergency

Taurus men are usually quite popular because they are so friendly and pleasant to be around.

His loyalty and willingness to lend a helping hand makes a Taurus man a friend in high demand.

He is highly reliable and helpful, so he is often the person his friends and family call when they are in a crisis.

When a Taurus man disappears, he could be handling someone else’s emergency. Be patient and wait for the storm to pass for him to text you back.

The last thing he needs when he is dealing with a critical situation is the added stress of you blowing up his phone with calls and texts.

Ask him if there is anything you can do to help him, but don’t pressure or rush him to get back to you.

He Is Afraid of His Feelings for You

When he suddenly stops texting, it doesn’t necessarily mean it’s one of the signs that a Taurus man has lost interest in you; in fact, it might mean the opposite.

Taurus men are not particularly emotionally self-aware, and they often get a reputation as being non-committal in relationships because they are afraid of settling down with the wrong person.

When a Taurus man goes quiet, it could be a sign that he is falling for you and is afraid of his feelings. He might be pulling away because he’s afraid to get hurt.

Reassure him that you’re not going anywhere and let him know how much you care about him. Tell him that he doesn’t have to be scared of getting closer to you.

He Is Giving You the Silent Treatment

Stubbornness is one of a Taurus man’s worst qualities, and nobody can give the silent treatment as long as a Taurus guy.

If your Taurus man hasn’t responded to you in days when he normally gets back to you much more quickly, he might be blocking your number or giving you the silent treatment.

If he has decided to stop talking to you, nothing will change his mind. He clings stubbornly to his convictions, so you will have to be creative if you want to get him to talk to you again.

Instead of wasting your time texting and waiting for a response that will never come, try reaching out to him on his social media, calling him, or showing up somewhere you know he will be to face him in person.

He Is Mad at You

A Taurus man likes pleasant, friendly texts and he hates arguing over messages. If you are in a fight, your Taurus man won’t text you back because he’s upset.

What a Taurus man wants to hear when he’s this upset is that you know what you did wrong and you’re sorry.

But even if you text him an apology, your Taurus guy might need to hear it in person before he can move on.

Make it up to him with more than words by making dinner for him, buying him a thoughtful gift, or writing him a letter.

Your Taurus man will be much more moved by an apology that shows effort than a simple text message.

He Is Hurt by You

Taurus men hate being vulnerable and they aren’t particularly in touch with their feelings.

One of the reasons why a Taurus man might not text you back is if you have hurt his feelings in some way.

Perhaps you took it too far while playfully teasing him, or maybe he thinks you’re dating another guy when he is only seeing you.

He could be taking some space to understand and manage his emotions, or he could be trying to punish you for hurting him.

If your Taurus guy is acting distant, take stock of your recent interactions and try to figure out if there is anything you might have said or done that could hurt his feelings.

He’s not a highly sensitive or emotional guy, so it shouldn’t be too hard to determine what could possibly have upset him.

If you want him to start texting you again, apologize and let him know that you didn’t intend to hurt his feelings, and promise to make it up to him.

He Already Has a Girlfriend

If a Taurus man is acting distant seemingly out of nowhere, it could be an indicator that he is already in a committed relationship.

Taurus men are generally warm and friendly, and they like to make everyone around them feel comfortable and welcome.

Sometimes their friendly behavior can get mistaken for flirtatiousness. Perhaps you misread your Taurus man’s signs and thought he was hitting on you when he was just being nice.

Taurus men are loyal when they are in relationships, so if your Taurus guy already has a girlfriend, he won’t want to lead you on.

If your conversations are getting too flirty for him or he realizes that you might like him as more than a friend, he could be distancing himself to protect both his relationship and your feelings.

He Isn’t Attracted to You

Although it’s common for a Taurus guy to take a long time to text back, it’s unusual for him to never text you at all, especially if you wait long enough and send a follow-up text.

Because he is so honest and direct, sometimes to the point of being harsh and brutal, a Taurus man isn’t usually the type to ghost.

But he will do it if he can’t think of any other way to break up with you or tell you that he doesn’t view you romantically.

If you’re unsure how to know when Taurus man is done with you, never texting you back is a clear indication. Don’t push him or try to force a connection that isn’t there by continuing to text him.

Take some space and focus your efforts on finding someone who will always text you back, even if it’s just to be honest and tell you he’s not interested in dating because you deserve it.

10 Seduction Techniques when Texting a Taurus ManTaurus Men in Relationships – What You Need to Know
Hello, I'm Liz