Why is Taurus Man Slow to Commit to a Relationship? 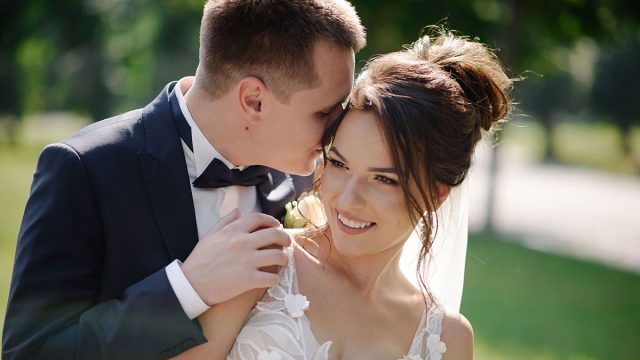 A Taurus man is slow to commit and this is one of the most common complaints about them. They are slow to settle down.

Taurus men take commitment seriously. His biggest fear is making a mistake and feeling stuck in a relationship.

How does a Taurus man test a woman? He doesn’t have to go out of his way to push your buttons. In most cases, a Taurus man’s strict boundaries and slow commitment style is a test in itself.

A Taurus man will try to look for excuses to not commit because he fears losing control and security if he finally gives in to a relationship. This can make it hard to maintain a relationship.

Sometimes, a Taurus man will even create a self-fulfilling prophecy. He will become so fixated on what could go wrong with a relationship, he won’t even make the first moves.

A Taurus man, slow to admit their feelings, can seriously procrastinate in a relationship. Part of the issue is he takes a long time to acknowledge he’s in love. But even when he realizes his feelings, he is still a control freak.

Taurus men don’t like to compromise and surrendering to a relationship requires them to let go of some level of control. They are reluctant to do this because it means they don’t always get to have their way.

As romantic, fun loving and nurturing as a Taurus man can be, he will hold back when it comes to making a serious commitment in a relationship because he doesn’t want to lose his freedom and independence.

A Taurus man will hold out for months or even years. He’ll even turn his back on love altogether if he doesn’t feel secure enough. Taurus men crave security and stability. If he lets you get too close, it makes him feel threatened.

When a Taurus man chooses you and finally commits to settling down with you, it means he understands he’s risking his independence and security, but is willing to take the risk. It also means he’s reassured that you aren’t going to abandon him.

A Taurus man who is slow to commit is usually thinking of various factors. He doesn’t want to invest money in a relationship if he’s not sure of your intentions. He fears abandonment but also fears wasting his time if the relationship doesn’t work.

When you make a Taurus man feel secure on a consistent basis, you’re sending him a message that he can trust you. This is paramount to a Taurus man. He needs to feel like you are his partner for life before he’ll even give you a serious chance in the relationship.

This can create a vicious cycle. He won’t really take you seriously until he feels like he has a guarantee he won’t get hurt. Yet he also will not let you prove that your intentions are good until he already feels secure that he knows this is the case.

He Can’t Make Up His Mind

A Taurus man not ready for a relationship, will stall. He won’t make a commitment because he won’t be able to make up his mind. If a Taurus man feels insecure, he’ll find numerous reasons to doubt and second guess himself.

This can create a painful and confusing hot and cold relationship because he will expect you to be patient and wait while he makes his mind up, but he may also change his mind frequently.

He may give mixed signals and keep you guessing. When he is ready to take a chance in the relationship, a Taurus man will show you that he is ready to commit. Yet this can take months or years and the process can feel like a rollercoaster ride.

When a Taurus man misses you, he will feel conflicted because he is still insecure about committing but will also understand he has to make some kind of move to show you he’s serious. One reason a Taurus man can be slow to commit is his financial status.

When a Taurus man changes jobs, loses a job, or has to deal with an unexpected financial crisis, he shuts down emotionally. You may feel like everything is going great in your relationship with him, only to read a text claiming he has to take a break.

This can be devastating, especially when his reasoning seems shallow. He’ll often cite financial stress or job difficulties as a reason he needs to take a break from the relationship, just when you thought he was going to finally get serious.

It’s best to take his concerns seriously. Once he feels financially secure, he will likely try to get back on track and try to take the relationship seriously. Yet putting his focus on a relationship and on his financial status is too much for most Taurus men.

As cliched as it may sound, sometimes a Taurus man is just not emotionally available. Taurus men generally don’t feel comfortable talking about their emotions or even acknowledging they have emotions.

They can be shut down especially if they’ve had recent bad experiences in relationships. When a Taurus man is not emotionally available, he may act like the perfect guy for you and may say and do all the right things, but he will maintain distance.

He’s Married to His Job

If you’re wondering how to know if a Taurus man is using you, pay attention to both his words and his actions. Often, Taurus men give honest disclaimers early in the relationship. They’ll usually say they aren’t ready for commitment.

Sometimes he’ll show you this through his actions in addition to his words. When a Taurus man is not ready for commitment, he may act as if he’s married to his job. He will try to devote himself to being employee of the year.

He may also dive in headfirst and focus on his business or career instead of making any time for you. A Taurus man who is not ready to take the relationship seriously will show more interest in pleasing his boss than pleasing you.

He Doesn’t Want to Compromise

This includes trying to empathize with how hard it is for a Taurus man to compromise. A Taurus man who avoids commitment is showing his fear of sharing power in a relationship. It’s best to see this for what it is.

All relationships require compromise and empathy. These are difficult concepts for a Taurus man. He will try to hold on to control and have the best of both worlds. He may try to enjoy the pleasure of the relationship but steer clear of the responsibilities of commitment.

He’s Afraid of Being Hurt

If you know how to handle a Taurus man, you’ll understand that his biggest fears are of being vulnerable and being hurt in a relationship. A Taurus man will protect his heart at all costs.

Even if it means letting his true love slip away from him. A Taurus man will hold on to his rigid boundaries and try to avoid being disappointed and hurt. A Taurus man who has recently suffered a heartbreak will be even more likely to hide away from commitment.

Second to his fear of being hurt is a Taurus man’s fear of losing ground financially or losing status. A Taurus man is afraid of committing and blending finances, a home or other tangible resources, only to lose his share of the money or other resources if things don’t work out.

If you’re wondering how to know when a Taurus man is done with you, you’ve got to understand the signs a Taurus man has lost interest. He will make various excuses to back away from commitment in the relationship.

When a Taurus man is still in love with you, he may still try to back down and tiptoe around commitment. He will try to postpone commitment while still dating you. If he can’t do this, he may end the relationship altogether.

One of the reasons, and the one he will likely never admit, is his own insecurity about himself. Taurus men pay attention to status. If he doesn’t feel worthy, he’ll sabotage himself. No matter how often you tell him you love him, he won’t believe it.