Taurus Men in Relationships – What You Need to Know 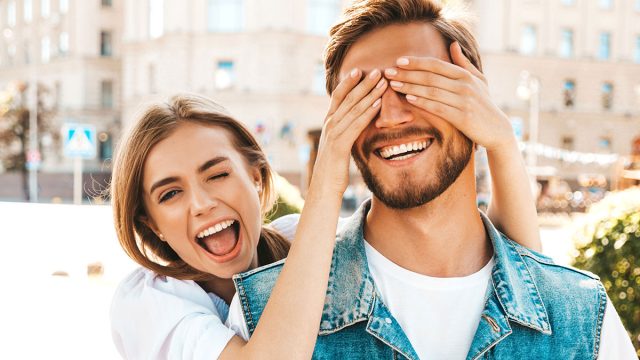 How does a man born under this zodiac sign behave when he’s in love?

There are a few things you need to know about a Taurus man when he gets into a committed relationship.

Based on his zodiac sign, there are certain behaviors and traits you can expect if you are dating this steady, romantic guy.

The more you learn about his astrological sign’s personality traits and psychological characteristics, the better you will understand what a Taurus man is like in a relationship.

They Go Slow in Relationships

Taurus men sometimes get an unfair reputation for being non-committal because they are so slow to settle down in relationships.

This isn’t because a Taurus guy wants to play the field or is afraid of monogamy; in fact, he is at his best when in a loving, committed relationship.

But a Taurus guy is very cautious and has a hard time getting in touch with his feelings. He doesn’t want to commit to the wrong woman in case it means heartbreak for him or her later.

His reluctance to commit even when he is smitten can make a Taurus man confusing, but you need to respect his pace when you’re dating a Taurus guy.

He moves slower than most in relationships, but that’s only because he wants to get it right. He is worth the wait if you can just be a little patient.

Why your Taurus man might lie to you? Make sure he is always honest about his feelings for you.

They Fall Hard but Infrequently

A Taurus man is a hopeless romantic and he desperately wants to find the woman he will fall in love and spend the rest of his life with.

As much as they crave being in a stable, committed relationship, Taurus men are very guarded and protective of their hearts because they are naturally cautious in everything they do.

A Taurus man doesn’t fall in love often, but when he does, he falls hard. Once he finds a woman who is the right fit for him, he will be a devoted and adoring partner.

Although it may take a while, you will know when your Taurus guy has fallen for you. When he can’t stand the thought of being away from you, it’s one of the signs a Taurus man is ready to commit.

A Taurus man’s love is profound and long-lasting. Once he’s in love with you, it’s a bond that is nearly impossible to break.

They Are Sweet and Romantic

Every zodiac sign is governed by a particular heavenly body that tells us something important about that sign’s personality and values.

Taurus is ruled by Venus, the planet of love and beauty. This tells us that Taurus men are sweet, loving, and incredibly romantic.

A Taurus guy doesn’t show his passionate side to just anyone, though. He saves his loving energy and amorous efforts for the woman he is in a committed relationship with.

A Taurus man’s friends and family might even be surprised by how romantic he can be because he rarely shows his softer side.

When your Taurus man sweeps you off your feet with romantic gestures like sending roses to your office or buying you a dress for your date, it means that he is madly in love with you.

They Are Jealous and Possessive

Although they are generally easy-going and laid-back, Taurus men can be quite possessive and jealous in their relationships.

Because he makes such an adoring and faithful partner, a Taurus man expects nothing less than complete devotion from his lover.

If you are just friends with him and he gets cranky when you talk about your ex or flirt with other guys, it’s one of the signs a Taurus man has a crush on you.

Once you’re in a relationship with a Taurus guy, don’t try to wind him up and make him jealous. He is already possessive enough, so intentionally provoking him will only upset him and push him away.

Although any zodiac sign is capable of cheating or being faithful, the typical personality traits of some signs make them more likely to be faithful than others.

A Taurus man is stable and predictable, and he is also loving and romantic. This combination of traits makes him a devoted and loyal partner.

When a Taurus man says he loves you, it’s a promise that he will never cheat on you. He doesn’t use the word “love” lightly and it holds a great deal of meaning to him.

It may be difficult for others to tell whether a Taurus man is interested or just friendly because he is so warm and welcoming to everyone.

He might come off as flirtatious with other women when he’s just trying to be nice. Don’t worry about your Taurus man’s female friends and acquaintances; if he loves you, then he only has eyes for you.

Text your Taurus ex-boyfriend to make him come back to you.

They Need to Feel in Control

Taurus men have an innate need to feel in charge of their surroundings, so if you’re dating a Taurus guy, expect him to be a bit controlling at times.

His need for control isn’t so much about a desire to command others as it is an urge to keep his life stable and predictable.

He is addicted to structure and routine and doesn’t function well if he can’t follow his regular schedule.

If you’re wondering how to make a Taurus man fall in love with you, you need to let him be dominant as much as possible.

He’s an easy-going guy, so he won’t often try to tell you what to do or boss you around. But when something is important to him or he is following his daily routines, you need to let him take control.

A Taurus man is usually quite popular and in high demand because he is reliable and dependable.

His friends know that they can always count on him when they need a helping hand or someone to bail them out of trouble.

If a Taurus man is falling for you, you can expect him to be just as reliable for you as he is for his friends.

When, for example, your car breaks down on the side of the road, he will drop everything to help you.

If he is always there for you and even puts you before his friends, it’s one of the subtle signs a Taurus man likes you a lot.

Get your Taurus man back after a breakup thanks to this short video.

Taurus men have many love languages, and one of them is quality time. If you’re dating a Taurus guy, make sure to spend plenty of time alone with him.

But it’s not enough to sit next to each other on the couch while playing on your phones or do separate activities in the same room.

Your Taurus man needs time that is devoted solely to him to feel cherished and loved.

As much as he craves time with his partner, a Taurus man is still very independent and happy to spend time alone.

He is a social guy but he still needs to be alone to relax and enjoy some of his solo hobbies like cooking or gardening.

He would rather have time to himself and let you take care of work or anything else you need to do so that you can focus on him when you are together.

Don’t be afraid to give your Taurus guy some alone time to recharge, as long as it means you can make your dates with him even more special and enjoyable.

They Are Straightforward and Honest

Taurus men are very direct and honest, to the point that they can sometimes be brutal and harsh.

What they may lack in tact they make up for by being straightforward and truthful. A Taurus guy expects his partner to be as truthful and sincere as he is.

To a Taurus man, eye contact is important because it indicates that you are honest and trustworthy.

Although he is honest, a Taurus man isn’t an open book. You will need to coax him to let his guard down, and show him he can trust you before he will tell you all of his feelings and secrets.

Make a Taurus man obsess over you, and make him love you forever.

Some zodiac signs are more affectionate than others, and the influence of Venus makes Taurus men very touchy-feely.

A Taurus guy loves making physical contact with his loved ones. One of the signs a Taurus man is into you is that he can’t keep his hands off of you.

When he likes you, he will find excuses to give you warm hugs, hold your hand, or snuggle close to you on the couch.

If you want to know how to make a Taurus man addicted to you, make sure to give him all the affection and attention he could possibly want.

Go out of your way to cuddle with him, kiss him, and put your arm around him. When you are close to him physically, he feels emotionally close to you.