How to Play Mind Games With a Taurus Man 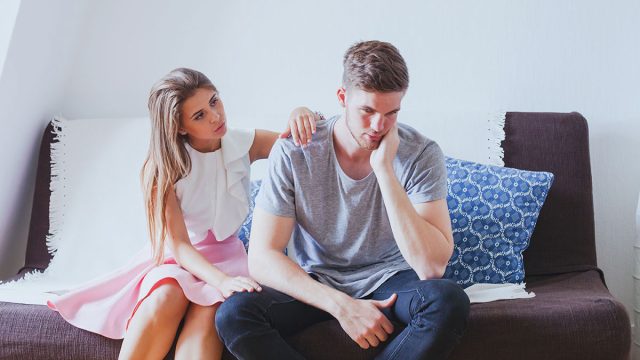 When it comes to a Taurus man, mind games are a particularly effective way to deal with this powerful sign.

So, what are some of the best ways to challenge a Taurus man mentally and beat him at his own game?

Taureans are usually highly intelligent and they like to test the people in their lives to make sure they are loyal and trustworthy.

Whether you want to drive him crazy to get stuck in his head or get revenge on him for playing you, there are a few tricks that will always work on a Taurus guy.

The more you know about his sign’s typical personality traits and behaviors, the better equipped you will be to play mind games with a Taurus man and win.

One of the easiest ways to mess with a Taurus man’s head is to drive him wild with jealousy.

A Taurus guy is prone to envy and possessiveness in relationships, so it’s simple to trigger him and play mind games this way.

When a Taurus man chooses you as his partner, he is loyal and devoted, and he expects the same treatment in return.

If you flirt with other men in front of him or let him know that your relationship isn’t exclusive, it will make him crazy.

You can even use this technique on your first date with a Taurus man. Pay extra attention to the male bartender or server, or make it obvious that you are checking out the other men in the room.

Be More Stubborn Than He Is

Taurus is perhaps the most stubborn sign of the entire zodiac. It is one of his greatest flaws, but it also makes him persistent and helps him achieve his goals in life.

Although he rarely makes a fuss, a Taurus guy is used to getting his way when he puts his foot down because he can out-stubborn anyone.

You can play mind games with him by competing with him to see who can be more stubborn.

When a Taurus is mad at you, nothing will move him to be the first one to say sorry. Refuse to apologize after an argument, no matter how long it takes.

If he wants to get Chinese food for dinner but you want pizza, order what you want and don’t give in to his demands.

If he wants to watch a movie at home but you’d rather go out, leave him sitting on the couch by himself and hit the town with your friends.

Don’t Let Him Control You

Although Taurus men are easy-going and laid-back most of the time, they can also be quite controlling.

A Taurus guy needs a partner who will let him take charge and follow his directions sometimes because it makes him feel secure.

He thinks he knows best and it messes with his mind when his partner challenges him and resists his attempts to control her.

When he tells you to do something, do the opposite just to mess with his head. Don’t let him push you around.

Show him that you are independent and just as strong-willed as he is and that you can take care of yourself.

Taurus men tend to be traditional, and they are most comfortable taking the conventional masculine role in their romantic relationships.

They like to dominate their partners because they believe it’s the correct structure of a relationship and it makes them feel more manly.

If you want to twist his mind, turn the tables on your Taurus guy and dominate him instead.

There are plenty of ways to show him that you’re the boss. Always be the one to initiate sex, and refuse his advances when he tries to start getting intimate.

Take the dominant role in the bedroom by always being on top or commanding him to do the things you like.

When you are out at a restaurant together, order for both of you before he can say a word, saying that you know what he likes.

When the check comes, tell him it’s your treat and make a show of paying the bill instead of letting him do it.

Being placed in the submissive role makes him extremely uncomfortable, even when you pose it as doing him a favor.

Loyalty is of the utmost importance to a Taurus man in any relationship, whether it’s a friendship, work partnership, or romantic bond.

He is an undyingly devoted friend and lover, so it makes him crazy when anyone accuses him of being anything less than perfectly devoted.

You can mess with his head by questioning his loyalty and acting like he hasn’t been the ideal partner.

If your Taurus man is acting distant, accuse him of being unfaithful. When he stays out late with his friends, act suspicious and ask him who he was with.

Don’t Commit to Him

If you are looking for a committed relationship, you are going to have to have patience with a Taurus man.

Although he wants nothing more than to be in a monogamous relationship with the woman he loves, a Taurus guy is slow to commit because he wants to make sure he chooses the right person.

Once you start seeing the signs a Taurus man is ready to commit, pull away from him, and refuse to agree to an exclusive relationship.

Tell him you’re just not ready to settle down yet and you need to get to know him better before you’re ready to give up playing the field.

Manipulate him by saying you’ve been patiently waiting for him, and now he needs to return the favor and be patient with you if he really loves you.

Each sign of the zodiac correlates with one of four natural elements: earth, fire, air, or water. A sign’s element reveals a great deal about that sign’s disposition and personality.

Taurus is one of the earth signs, and earth signs are known for being steady, stable, and grounded. A Taurus man values these traits in others and seeks a reliable, steadfast partner.

You can drive him crazy and mess with his head by being impulsive and unpredictable. Show up late, cancel or change plans at the last minute, and don’t answer the phone when he calls you with a problem.

If you have plans to go to the theater together, point out a restaurant on the way and say you’d rather skip the show and go out to eat instead.

A Taurus guy likes to take the lead in relationships and he needs a partner who trusts him implicitly.

What a Taurus man wants in a woman is someone who has faith in him and will let him make big decisions for them as a couple.

If you constantly question his judgment or refuse to take his advice, it will drive him wild and mess with his head.

Ask for his advice and then do the opposite of whatever he says. For example, show him two dresses and ask him which one you should wear on your date, then put on the one he doesn’t choose.

Keep Him From His Work

Taurus men are diligent workers and tend to give their all to their careers. They need partners who respect their work ethic and allow them space to get things done.

You can mess with a Taurus man’s mind by keeping him from his work and refusing to give him time to take care of business.

When a Taurus man goes quiet because he’s busy working, do everything in your power to distract him and make him feel guilty.

If he’s working late, call his office crying because he always puts work first and makes you feel so lonely.

Text him over and over until he responds, or show up at his office with a picnic in the middle of the day and make him leave the building to spend time with you.

He knows he is prone to prioritizing work over relationships and it makes him feel bad, so this is a guaranteed way to play mind games with him.

Be Hot and Cold With Affection

The typical Taurus man communication style is honest and direct, so you usually won’t have to guess what he’s thinking or how he’s feeling.

He appreciates this same straightforwardness from his partner, as it’s the only way he knows how to interact.

You can play mind games with him by being hot and cold, especially when it comes to physical affection.

When a Taurus man’s words fail him, he uses touch to show how he feels. He is very sensual and lovey-dovey when he has strong emotions for someone.

You will drive him crazy if you are extremely passionate and sensual one minute, and then aloof and distant the next.

Act like you can’t keep your hands off of him, and just when he is basking in your affection, withdraw and avoid him or push away his physical advances.

When you make a no contact rule with a Taurus man, it makes him feel unloved. He won’t understand what the reason is for the sudden change in your behavior and will wonder what he can do to appease you.

Do Taurus Men like Public Display of Affection?What Happens When a Taurus Man Gets Mad?
Hello, I'm Liz