How Do Taurus Men Play Hard to Get? 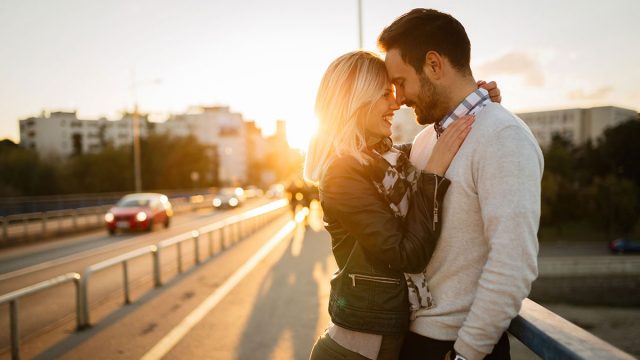 A Taurus man is hard to get because he will act with caution even when he’s really attracted to you. He hides his emotions behind his defenses.

He will keep you guessing in a relationship and you may not know where you stand.

If a Taurus man is testing you, he may play it cool even when he really cares. He will send mixed signals or remain completely aloof.

When a Taurus man doesn’t like you, he’ll make it clear. There will be no room for doubt or second guessing his feelings. In the worst case scenario, when he likes you, he’ll be ambivalent.

You’ll know he likes you, but he will make it difficult to tell if he loves you and is ready for commitment or is just attracted to you on a surface level.

If you’re wondering how to make a Taurus man miss you, you’ve got to be patient. Taurus men are notoriously slow when it comes to opening up in a relationship or making a commitment. They don’t intentionally do this to play hard to get.

Rather, Taurus men act this way because they are afraid of being hurt. They are also control freaks and don’t want to surrender the slightest bit of control by incorporating another person into his life. He’s overprotective of his own heart.

If you want to know how to attract a Taurus man through texting, it is best to take it slow and not overwhelm him with personal or emotional text messages. Taurus men need time to open up.

Even when he does start to open up, he will back down and turn cold again and so you may feel like he’s intentionally giving mixed signals. Remember, he’s just trying to feel secure.

Discover the secret desires of a Taurus man. Watch this short video.

If you want to know how to get a Taurus man to chase you again, remember to keep feelings out of your strategies. If you pour your heart out to a Taurus man, hoping to melt his defenses and reassure him, you’ll be in for a surprise.

Taurus men avoid feelings. He doesn’t do this to play hard to get. He just does it as part of his nature. If you want to try to get a Taurus man to feel comfortable with you again, you’ve got to tone down your own feelings.

It may seem like he’s playing hard to get when in fact a Taurus man is simply carrying on as usual. He avoids feelings when he’s not in love and he certainly avoids dealing with his emotions when he is in love.

If you want to know how to get a Taurus man to commit, you’ve got to demonstrate to him that you are not consumed by passions and emotions. The more you can remain stable and steady, the better.

A Taurus man will want to remain in control and even emotionally detached when he’s in love with you. He is not one to be swept away by love and romance. He can be sentimental but remains grounded.

If you want to know how to get a Taurus man to chase you after a breakup, you’ll have to be strategic. Taurus men are unresponsive when something bothers them. If you come on too strong or try too hard, he’ll simply shut down.

In this way, a Taurus man feels like he can control the pace of the relationship. This helps him to feel like he’s still in charge. Though it can be frustrating for you because he will act as if he is not emotionally affected by the relationship.

When a Taurus man is in love with you, you may expect him to be more open and communicative. You’ll be surprised to find that he still turns cold and shuts down when something bothers him. This can be frustrating.

He will remain just as cold and unresponsive even when he’s committed to you. This is because, regardless of whether or not he is in love, a Taurus man doesn’t like being vulnerable. He often acts like he expects you to read his mind, rather than just talking about what he needs.

Captivate a Taurus man, make him fall in love, and give you the world...

He Leaves You Guessing

If you want to know how to make a Taurus man fall in love with you, it is best to not show your interest too intently. Taurus men always leave you guessing, so when you give him a taste of his own medicine, you can get him to chase you.

Taurus men can be affectionate and romantic one moment and then go silent for days. It may seem like he’s giving you mixed signals or going hot and cold, but actually, he’s taking time to process his deeper emotions.

A Taurus man who leaves you guessing may annoy you, but he won’t be consistent until he is certain that you are the ideal partner for him. He will try to step out of his comfort zone, but will usually retreat right away.

Taurus men can leave you guessing, and this can trigger insecurities. You may feel like you are waiting on the edge of your seat, looking for signs that he loves you. Yet if you are confident in yourself, this won’t impact you as much.

It can also help a Taurus man become more consistent and open up to you. He wants to be wanted, not needed. If he senses you are looking to him for validation, it will overwhelm him. If he sees you are independent and not bothered by his aloof nature, he’ll relax.

In most cases, signs that appear to be a Taurus man snubbing you or giving mixed signals are not an intentional rebuke. Usually he’s not intentionally playing hard to get, but the outcome has the same effect anyway.

Yet there is an exception to this rule. Sometimes, a Taurus man may just be a player. He’s romantic and sensual and fears commitment. Thus, being a player can be easy for him because it appeals to his desire for pleasure without being serious.

If your Taurus love interest is a player, he will intentionally play hard to get. He will think first and foremost of what he wants and not give as much thought to your feelings or expectations.

Taurus men who are intentionally being players will have no qualms about keeping their dating profiles active or casually dating several women at once. He will usually be honest about this and make his expectations clear.

But a Taurus man who is immature or who lacks integrity may lead you on intentionally leading you to believe he wants a serious relationship when he doesn’t. He’ll do this because he loves the attention he gets from women.

Sometimes, a Taurus man will even keep women waiting in the wings in case a current relationship doesn’t work out. This may seem cruel, but he will justify it and may come to resent or blame anyone who challenges him on this pattern.

If you’re wondering how to know when a Taurus man is done with you, you’ve got to consider how he is treating you. If he is more distant than usual, it may not be a reason to panic.

Yet if he always has an excuse that keeps him away from you, it can be a sign he’s not interested. Even in the best case scenario, Taurus men are often distant in relationships because they’ll put work first as their top priority.

If you don’t realize this is part of his character, it may seem like he’s avoiding you or playing hard to get. Taurus men are workaholics by nature. They feel most comfortable when they are busy being productive.

Even if a Taurus man loves you, he will still feel more at ease when he’s at work. He may become restless if he spends too much time socializing, because he knows he has work to do and projects to finish.

A Taurus man tends to be independent regardless of whether or not he’s in a relationship. He may seem like he’s playing hard to get, but his long periods of silence can be an indication that he’s out enjoying his independent life.

He may be catching up with friends or pursuing solitary interests. It’s important to not personalize this or assume he’s just avoiding you. A Taurus man’s disappearing act can seem intimidating.

Yet when you keep in mind that a Taurus man is independent and can even be quite introverted, it makes sense that he may just need extra time to himself. He can easily become overwhelmed if he’s always around you, even if he likes you.

He Hides His Feelings

A Taurus man will show his love for you through actions more often than through words. He will keep his most vulnerable feelings hidden. This can make it seem like he’s playing hard to get.

He’s actually not trying to be elusive. Instead, he’s trying to remain practical. Taurus men don’t understand the purpose of emotions and will try to sidestep them whenever possible.

How Do You Mentally Stimulate a Taurus Man?10 Tips for When a Taurus Man is Ignoring You
Hello, I'm Liz