Do Taurus Men Have a Freaky Side? 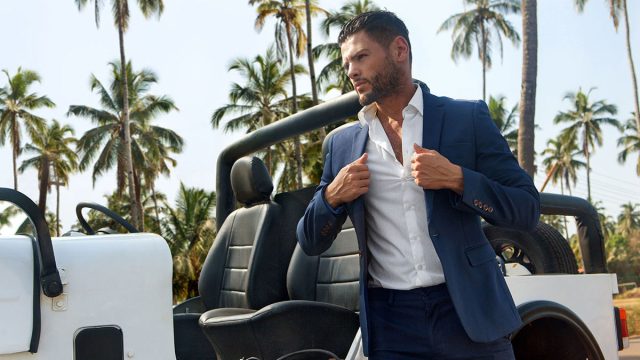 Whether you’re already sleeping with a Taurus guy or just considering it, you probably want to know about the Taurus man freaky side.

Is he kinky in bed or more vanilla?

Every zodiac sign has different sexual preferences and behaviors based on their personalities.

So, how do the typical Taurus qualities translate in the bedroom? Is he wild and naughty, or sweet and sensual?

Once you have a better understanding of the quintessential Taurus personality traits and psychological characteristics, you will know how freaky a Taurus man is in bed.

They Are More Romantic Than Freaky

Some zodiac signs are more likely than others to be freaks in bed, but a Taurus guy is definitely more romantic than freaky.

A Taurus man’s lovey-dovey nature can perhaps be explained by his sign’s ruling planet.

Every zodiac sign is guided by a particular heavenly body that tells us something significant about that sign’s values and personality.

Taurus is ruled by Venus, the planet of beauty and love. Venus’s influence makes Taurus men sensual and sweet in bed rather than eccentric or vulgar.

Venus also makes it difficult for a Taurus man to separate love from lust. When he does loving, romantic things for you, it’s one of the signs a Taurus man is sexually attracted to you.

They Are Traditional Rather Than Kinky

Because he is such a romantic guy, a Taurus man takes a traditional approach to love and sex.

Instead of craving dark or taboo sex acts, a Taurus guy prefers more conventional moves in bed. He has simple tastes and is easily pleased.

If you want to know what to wear for a Taurus man in the bedroom, opt for traditionally sexy lingerie instead of kinky costumes.

He doesn’t need elaborate role-play or chains and whips to get excited. To him, sex is an expression of love, and he is perfectly content having old-fashioned, traditional sex with the woman he adores.

They Want to Please Their Partners

Some signs are more selfish in bed than others, but a Taurus man is a generous and giving lover.

A Taurus man in love wants nothing more than to please his partner and he derives pleasure from seeing her excited and satisfied in bed.

This desire to please can bring out a Taurus man’s freaky side because, although it may not come naturally to him, he will try anything his partner suggests.

He might not come up with ideas for new things to try in bed, but if it’s what his partner wants, he will gladly experiment with her between the sheets.

They Need to Be Dominant

Taurus is one of the most controlling signs of the entire zodiac, and his need for control extends to his sex life.

Although he admires assertive women who know what they want both in and out of the bedroom, what a Taurus man wants in a woman is someone trusting and submissive.

He likes to feel in control of sexual situations and prefers being in dominant positions in bed. If you want to bring out your Taurus man’s freaky side, propose some dominant-submissive role play.

Let him take control and tell you what to do if you want to see him get really worked up and excited in the bedroom.

Wait for him to initiate sex, then ask him to tell him exactly what he wants you to do to him. He will get a kick out of playing the dominant role and will love having you do his bidding.

They Are Too Jealous for Multiple Partners

A great way to get freaky with some zodiac signs is to bring an additional partner or two into the bedroom, but this is a terrible idea if you’re sleeping with a Taurus guy.

Taurus is a naturally jealous and possessive sign, so a Taurus man would rather die than see his partner in bed with another lover.

What a Taurus man wants to hear is that he is the best lover his partner has ever had and that she can’t imagine ever being with anyone else.

Bringing other people into the bedroom will only create insecurity and jealousy if you’re sleeping with a Taurus.

They Use Sex to Communicate Their Freaky Side

Although they aren’t the most verbally expressive, Taureans have many love languages. One of their favorite ways to communicate is through touch.

When a Taurus man touches you, it’s his way of expressing how he feels about you. The type of sex you have with your Taurus guy will tell you just how freaky he is feeling.

When he’s feeling tender and romantic, sex will be slow and sensual. If he’s feeling dominant and possessive, sex may be a little rougher and more animalistic.

Pay attention to how your Taurus man treats you in bed because he uses sex to communicate and show you whether he’s feeling freaky and frisky or sweet and affectionate.

Their Modality Makes Them Non-Experimental

Every sign falls into a category of one of three modalities. A sign’s modality explains how they move through and interact with the world around them.

Taurus is a fixed modality sign, meaning that while a Taurus is determined and will push through to finish any project he undertakes, he often gets stuck lingering on one thing for too long.

When it comes to his sex life, a fixed sign is likely to get stuck in a rut. Once a Taurus guy figures out what he likes, he is unlikely to initiate experimentation in the bedroom.

The best match for a Taurus man is a woman who doesn’t need to get too freaky in bed, but will still push him to try new things.

She shouldn’t try to change him or push him to be more of a sexual deviant, but should still know how to get him out of his comfort zone once in a while and explore his sexuality a bit more.

A Taurus man is sensitive to his surroundings, so you can count on the setting of your sexual encounter to help determine his taste.

For example, if you are at home cuddling on the couch with your Taurus guy and it turns into sex, he is likely to be sweet and affectionate.

But if you’re in a hotel room with black satin sheets and mirrors on the ceiling, the atmosphere is going to bring out your Taurus man’s freaky side.

You can use this knowledge to your advantage by creating an environment that facilitates the type of sexual experience you’re craving.

If you want romantic and sensual sex, light some candles and draw a bubble bath to put your Taurus guy in the mood.

If you’re looking for freakier sex, put on a sexy playlist, spread some sex toys across the bed, and wear your naughtiest lingerie.

He may not be the freakiest zodiac sign, but a Taurus man is highly sensual and likes to take his time indulging in slow, passionate sex.

If you prefer quickies, then you are going to have to have some patience with a Taurus man because he loves long, languid foreplay.

When you’re looking to explore your Taurus man’s erogenous zones during extended foreplay, try targeting the body parts associated with his zodiac sign.

Every zodiac sign correlates with a set of body parts that are particularly significant to that sign. These parts tend to be more sensitive, so pay attention to them during foreplay.

The body parts associated with Taurus are the neck, ears, throat, and shoulders, so kiss and nibble your way up and down these areas when warming up for sex with your Taurus guy.

Their Kink Is Food in the Bedroom

They say that the way to a man’s heart is through his stomach, and that is especially true of a Taurus man.

If you are looking to explore your Taurus man’s kinks, consider bringing food into the bedroom.

This doesn’t mean you should order a pizza and lay in bed together watching TV, although a Taurus guy loves to do that with his partner, too.

Bring tantalizing, suggestive foods into the bedroom with the intention of having a deliciously sexy night.

A Taurus man’s passion for food and sensuality make him more than willing to try a little food play.

Bring some champagne and strawberries into bed and take turns slowly feeding each other. You could also try blindfolding one another and having each other taste different foods.

Grab some whipped cream or chocolate sauce and drizzle it across your body, inviting your Taurus guy to lick it off your bare skin.

The more of his physical senses you stimulate, the freakier your Taurus man will get with you in bed.