10 Signs a Taurus Man Has a Crush On You 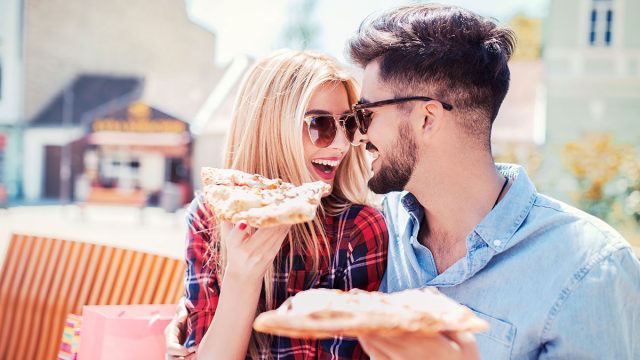 It can be difficult to tell if a Taurus man has a crush on you sometimes. Just because he flirts, that doesn’t mean he’s serious about it.

He flirts for fun. So how do you know if he likes you?

Taurus is generally a confident, assertive person. Even if he’s wrong about something, he’s going to say it with confidence anyway. If he acts shy or nervous around you, though, that might mean he has a crush.

Taurus will cook for his friends and compliment them, but he’ll go out of his way to do those things for you if he likes you.

If he acts bashful while doing something for you, there’s a high probability it’s because he’s crushing hard.

He’ll also treat you better than he treats anyone else.

This can be a subtle sign a Taurus man likes you. If you don’t already know him well, you might just assume he’s always shy.

Some Taurus men are naturally shy but most are not. Pay attention to how he acts around other people.

Is he generally very talkative? Does he approach strangers? Is he flirty? Is he the life of the party?

If he’s confident, even around strangers, but he’s shy around you, take notice of that. It might mean he has a crush on you.

A crush can make even the most extroverted, outgoing Taurus man seem shy. Why? He sometimes just doesn’t know how to act when he suddenly finds himself developing feelings.

He doesn’t want to look like a fool in front of you and that can make him act out of character. He may see you and suddenly feel bashful.

Acting nervous is one of the signs a Taurus man has a crush on you. If you two are friends and he suddenly starts acting this way, his feelings for you might be changing.

He is a prideful person. Even if he is legitimately nervous about something, he tries to hide it as best he can. If he can’t hide how nervous he is when he’s around you, he might have a crush.

A Taurus who is usually well-spoken might suddenly become tongue-tied. His body language might change and become less assertive.

He might be nervous because he’s unsure about his feelings. He might also be worried that you don’t like him back. Unrequited feelings definitely don’t feel good and are a good reason to be nervous!

Do things to show him that you do like him back and you might find his nervousness starts to fade.

You might catch a Taurus man watching from a distance if you two are at the same social event. He might not always approach you. This can be awkward at times.

He’s normally a confident person but when he has a crush, that sometimes goes out the window.

He might try to strike up conversations with you, only to chicken out. Maybe he sends you texts and then suddenly stops replying.

Again, this is probably just because he doesn’t know how to act around you. Crushes make people do weird things.

If a Taurus man is confused about his feelings, he’ll be even more awkward around you. He might be acting friendly one moment and like a nervous wreck the next.

Taurus likes to make the people he cares about feel good. If he likes you in any way, he’ll compliment you.

He compliments his friends and family, not just people he’s interested in sexually or romantically. How do you know he likes you in a non-platonic way?

If he likes you, he’ll compliment your looks. He’ll say a dress makes you look sexy. He’ll say he loves your eyes. He’ll tell you your new jeans flatter your figure.

He’ll also compliment you a lot. He might lay it on a little thick but don’t worry, he’s being genuine! Even when he’s just being flirty, he’s still sincere in his compliments.

Cooking is one of the ways a Taurus shows the people around him that he cares. Again, this is something he does for everyone he cares about, not just partners and potential partners.

By itself, this isn’t a sure sign that he has a crush on you. You’ll need to pay attention to the frequency and the context.

If he likes you, he’ll pay attention to what you like. If you mention liking a certain dish, he might make it for you out of the blue.

If you’re feeling down and he shows up with your favorite comfort food, that’s a sign that he cares.

6. Doesn’t Flirt with Others

How do you know if a Taurus man is interested or just friendly? Pay attention to how he acts around other women.

If a Taurus man just wants to be friends, he might still flirt with you, but he also won’t have any problem flirting with other people when you’re around.

If he has a crush, he’ll avoid flirting with other people (at least when you’re around). He wants to show you that he’s available.

If he stops flirting with everyone, even if you’re not around, that’s a sign he might have feelings for you that are deeper than a crush. Pay attention if your mutual friends start mentioning that he’s not been his usual flirty self.

7. His Face Lights Up

This isn’t just a sign a Taurus man is sexually attracted to you, it means he likely has deeper feelings for you as well.

Look at his face when you walk into a room. If he sees you and his whole face lights up, that’s a sign he likes you.

Seeing you will make him happy. Even if he doesn’t actually interact with you, just being around you is enough for him.

If he’s feeling down and your presence is all it takes to lift his mood, he definitely has a crush.

Taurus likes to joke around and be silly. He might go out of his way to make you laugh if he likes you.

He does this because he wants to see you smile. Seeing you happy probably makes him happy.

He might also tell jokes to hide how nervous he is. As mentioned, he can sometimes get nervous around the person he has a crush on. Jokes can help lighten the mood or hide how he’s feeling.

This is one of the best ways to know if a Taurus man is interested in you. Taurus doesn’t share personal information with just anybody.

This is also a sign that he may have more than just a casual crush on you. It’s a sign his feelings are deeper than that.

Taurus takes a while to trust people. He doesn’t share everything with everybody. There might even be things about him his friends and family don’t know.

If you want to look for signs a Taurus man likes you through text, pay attention to the topics he brings up. Most Taurus men won’t discuss anything serious or personal over text. If he’s doing that with you, he probably likes you.

He won’t necessarily start telling his whole life story just because he’s suddenly developed a crush. If he’s had a crush on you for a while, he may start opening up more to show you that he cares.

how do you know if a Taurus man is falling for you? He’s going to treat you like a queen!

He’ll cook for you and compliment you as previously mentioned but he won’t stop there. He’ll go above and beyond.

He’ll open doors for you and pull out your chair. Sometimes, he’ll act like a stereotypical “gentleman”. If you two are friends and he suddenly starts paying when you go out for drinks or lunch together, that’s a sign he has a crush.

If you say you’ve been eyeing a new pair of earrings, he might buy them for you. Taurus can be generous, especially when he cares about somebody.