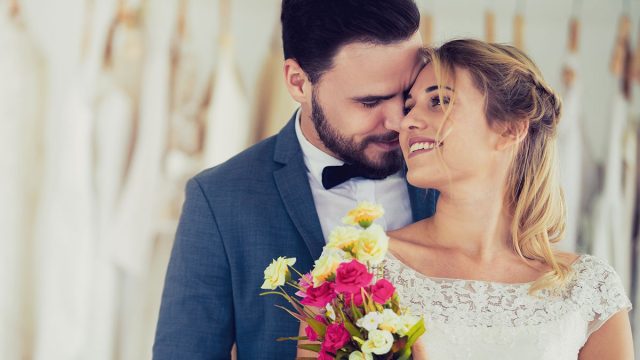 If you want to make a Taurus man commit, there are a few things that you need to know first.

He won’t commit to you until he sees you have all the qualities that he looks for in a woman.

Some astrological signs are slower to commit to relationships than others, and Taurus is one of those signs.

It’s not that a Taurus man fears commitment, but that he needs to make absolutely certain you are the right woman for him before he will fully devote himself to you.

Once you understand his sign’s likes and dislikes in a woman and his behaviors in love, you will know what it takes to make a Taurus man commit.

1. Be His Best Friend

You may think that your Taurus man has commitment issues because it takes him so long to enter into a long-term relationship.

But the truth is that a Taurus guy yearns to be in a serious relationship; he just needs to find the right woman first.

If a Taurus man is not ready for a relationship, no amount of pressure will make him decide that you’re the right person for him. In fact, rushing him to commit will have the opposite effect.

Instead of pushing him to date or commit to you, focus on becoming his best friend.

When he puts you in the friend zone, don’t take it as one of the signs that a Taurus man has lost interest in you.

A close friendship is a great foundation for a friendship with this sign because he wants to know everything about a woman before he makes a commitment to her.

2. Show Him You Can Cook

They say that the way to a man’s heart is through his stomach, and that is especially true of a Taurus man.

Taurus men tend to be hedonists and they love indulging all of their physical senses. They love a home-cooked meal as much as fine dining at a fabulous restaurant.

A Taurus guy can’t resist a woman who can cook, so you can help make him commit to you by showing off your skills in the kitchen.

Once he tastes the dish you lovingly prepare for him, he will envision a future of you cooking for your children and creating a life together.

One of the biggest reasons that a Taurus guy is so slow to commit to a relationship is that he fears getting his heart broken.

He needs to be sure that the partner he chooses won’t hurt him, particularly by leaving him for another man.

You may already notice signs that your Taurus man is testing you to see how loyal of a person you are.

If you are wondering, “How does a Taurus man test a woman?” The answer is that he will ask you about your past relationships to find out whether or not you were always faithful.

If you have never cheated on a lover, let your Taurus man know. If you have cheated on any of your previous partners, assure him that you learned your lesson and will never do it again.

4. Plan for the Future

Every zodiac sign correlates with one of four natural elements: earth, air, water, or fire. A sign’s element reveals a great deal about that sign’s values and personality.

Taurus is one of the earth signs, and earth signs are known for being grounded, practical, and reliable.

A Taurus man’s natural element makes him crave stability, so he always has a plan for the future and a backup plan in case anything goes wrong.

He won’t settle for an impulsive and carefree woman who doesn’t have any plans in place for her future, so make sure you show your Taurus guy the steps you have taken to advance in life.

If he starts talking about a future with you and building a life together, it’s one of the signs a Taurus man is ready to commit to you.

A Taurus guy is a family man, and even if he is a bachelor, he longs to have a wife and children of his own someday.

He loves his relatives dearly and views them as the most important people in his life. He wants a woman who values family as much as he does.

If you want to make a Taurus man commit to you, let him know how much you love your family.

Tell him that you want to get married and have children in the future and that you’re looking forward to building a family with someone later in life.

If you don’t want marriage or children, a Taurus guy might not be the right fit for you, because a man born under this sign almost always wants a family of his own.

Taurus is one of the most controlling signs of the zodiac. A Taurus man is set in his ways and dislikes having his authority questioned.

This doesn’t mean that a Taurus guy is always bossy and needs to control every aspect of your life.

It just means that he likes to feel like he’s in charge, and he doesn’t want his partner to tell him what to do.

If you want to know how to handle a Taurus man to make him commit to you, you need to show him that you trust his judgment and decision-making skills.

Let him make choices for you sometimes, even if it’s something as simple as picking where to go out for dinner or allowing him to order for you.

If you’re dating a Taurus guy and are waiting for him to propose to you or suggest an exclusive relationship, you are going to have to be very patient.

A Taurus male is slow to commit, so don’t expect him to drop down on one knee with a diamond ring shortly after meeting you.

The more you rush a Taurus man to commit to you, the more suspicious he will become of your motives and intentions.

Take your time and let him know that while you’re interested in having a future together, you want to get to know everything about each other first.

If you’re wondering when to give up on a Taurus man, there is no specific time limit for when he will commit to you.

But if you have been dating for a while, you should ask him whether or not he can picture a future with you.

If he says no or doesn’t respond, it means it might be time for you to move on.

A Taurus man’s communication style is honest and direct. He hates when people say what they don’t mean or dance around touchy subjects.

What a Taurus man wants to hear is the absolute truth, not a sugar-coated version or a white lie.

Don’t lie, play mind games, or try to manipulate a Taurus man in any way if you want him to commit to you.

He finds this behavior abhorrent and unattractive, so if he catches you playing mind games or being deceitful with him, it will only set your relationship back.

9. Be Clean and Organized

As an earth sign, a Taurus man craves cleanliness and order. He can’t focus on work in an untidy office and he can’t relax in a dirty home.

A Taurus man won’t commit to a messy woman who doesn’t clean up after herself. If you want a serious relationship with him, you need to show him what it would be like to share a living space with you.

Keep your home spotless and have an organization system, like a well-kept calendar or a sorting rack for your kitchenware, if you want to impress your Taurus guy.

When he can picture himself cohabitating with you happily in a polished and orderly house, he will be more likely to commit to a long-term relationship or marriage with you.

Taurus is one of the most controlling signs of the entire zodiac, and although he is a hedonist, a Taurus man also likes to practice and test his self-control.

When he has a lavish, decadent meal for dinner one night, he will try to balance it out by dieting the next day.

When everyone around him at a party is getting drunk and acting wild, he will slowly sip his drink and stay in control of himself and the situation in case anything goes wrong.

If you’re trying to get a Taurus guy to commit to you, show off your powers of self-control.

He finds discipline and motivation incredibly attractive in a woman, and they are some of the traits he seeks in a life partner.

For example, you could tell your Taurus guy about a goal you have set for yourself, and the steps you are taking to achieve it.

If you want to write a book, show him the writing schedule you have made and the workspace you have prepared.

You should also strive to control your emotions and not lose your cool or be overly dramatic around your Taurus guy.

He likes a calm, collected, and controlled lady, so you must prove you possess these qualities if you want him to commit to you.

Are Taurus Men Control Freaks?10 Signs Your Taurus Man is About to Break Up with You
Hello, I'm Liz