What is The Taurus Man’s Spirit Animal? 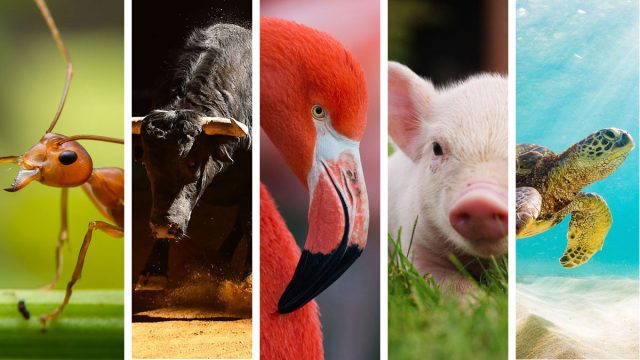 If you want to get to know the spirit of a Taurus guy, then you need to learn the typical Taurus man’s animal symbol.

You can figure out a person’s spirit animals based on their astrological sign’s quintessential personality traits.

So, which animals represent the psychology and behavior of a Taurus guy?

By learning more about his zodiac sign’s characteristics, you will be able to recognize the Taurus man’s spirit animals.

I also have an article about Taurus woman’s animal that you may find interesting. 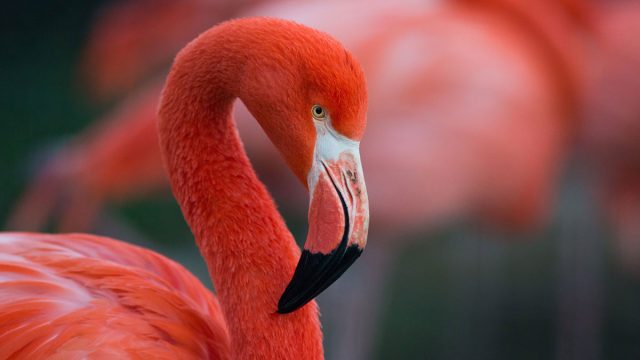 Every zodiac sign is guided by a particular heavenly body that tells us something significant about that sign.

Taurus is ruled by Venus, the planet of love, money, and beauty. This tells us that a Taurus man cares about physical beauty perhaps more than any other sign.

Taurus men appreciate art, and they enjoy events that allow them to indulge their sense of sight, such as art exhibits, movies, and musicals.

Even if they do not have an artistic talent themselves, Taurus men value creativity and artistic skill in others.

Even those who have never seen this bird in person are familiar with its eye-catching and unique appearance.

Just like the Taurus male, beauty is important to flamingos, who use their vibrant plumage to attract a mate. Scientists have found that flamingos with brighter feathers tend to have more successful love lives.

But the Taurus man’s obsession with aesthetics has a downside, too. Because he values appearances so highly, he can be a bit superficial and shallow.

He might find himself pursuing a woman who isn’t a good match for him just because she is beautiful, or he might buy a house based on its attractive facade rather than its solid foundation or inner structure.

The pink flamingo represents a Taurus man well not only because it is a symbol of beauty but also of friendship.

Scientists who have studied these birds believe that flamingos form close, long-lasting friendship bonds with other flamingos, and they tend to stick near the other birds they like the best within the flock.

Flamingos also groom their friends, which helps make their feathers a brighter shade of pink and improves their chances of finding a mate.

A Taurus man makes a dependable, loyal friend who is always willing to help, just like the flamingo. 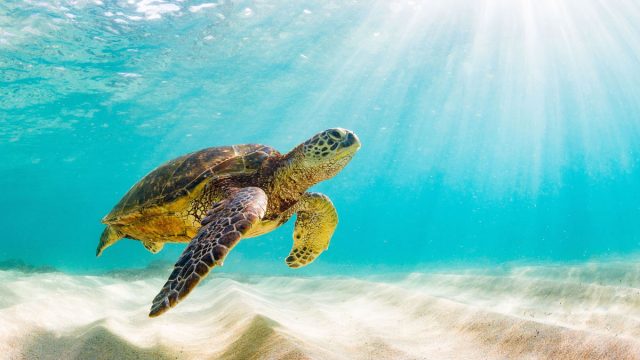 Taurus is one of the most patient of all the zodiac signs, and a Taurus man believes that good things come to those who wait.

This zodiac sign’s personality is cautious and careful. He never does anything impulsively, and he cannot be rushed to make decisions or commitments before he’s ready.

He likes to do thorough research before making any important choices and would rather take a long time to do something correctly than hurry and do a sloppy job.

For example, a Taurus man needs to date a woman for quite some time before he will commit to a monogamous relationship with her, no matter how much he likes her.

He wants to feel confident in his decision because he knows it could help prevent him from getting his heart broken in the future.

His patience and willingness to move slowly in anything he does make the turtle an excellent representation of the typical Taurus man.

The animal symbolism of the turtle is perhaps best explained by the old fable of the tortoise and the hare.

According to the story, a turtle and a rabbit challenged each other to a race. Although the rabbit had a clear advantage in terms of speed, both creatures were confident in their ability to win.

The rabbit, thinking it had no chance of losing to the slow-moving turtle, procrastinated and took a nap during the race.

The turtle persisted, continuing to race at its torpid speed, ultimately defeating the over-confident rabbit and proving that slow and steady wins the race.

Similar to the turtle in the fable, a Taurus man believes that slow and consistent effort is more fruitful than a quick, careless job.

The humble pig is known for being a symbol of gluttony. It rolls in mud, feasts on leftover scraps, and is generally considered a hedonistic, overindulgent creature.

Biologically, the pig is also a close relative to human beings, so the gluttony of the pig is reflected in us. The hedonistic nature of the pig also earns this creature a spot on the Taurus man’s spirit animal list.

A Taurus man knows how to work hard, and he is dedicated to his career and other responsibilities. He is a steady and dependable co-worker and employee.

But he also knows how to play just as hard as he works, and he enjoys the finer things in life.

After a hard week of working overtime every day, a Taurus man will treat himself to an expensive meal at a five-star restaurant, sparing no expense on the establishment’s finest bottle of wine – or two.

Taurus men love pleasuring their physical senses and they are known to overindulge. They may consume food, alcohol, and drugs to the point of sickness, especially when they are trying to balance out all their hard work with play.

The pig also symbolizes wealth, and as the zodiac sign guided by Venus (the planet of money), Taurus relates closely to this farm animal.

A Taurus man is excellent at handling finances, and although he likes spending on luxury goods and experiences, he also knows how to invest and save for a rainy day.

He always looks for a bargain and he is a savvy businessman who knows how to negotiate a good deal.

While he is careful about who he shares his wealth with, a Taurus man is incredibly generous and spares no expense when it comes to spoiling his loved ones.

The gluttonous identity of the pig combined with its symbolism of financial wealth makes this farm animal the ideal representation of the Taurus man. 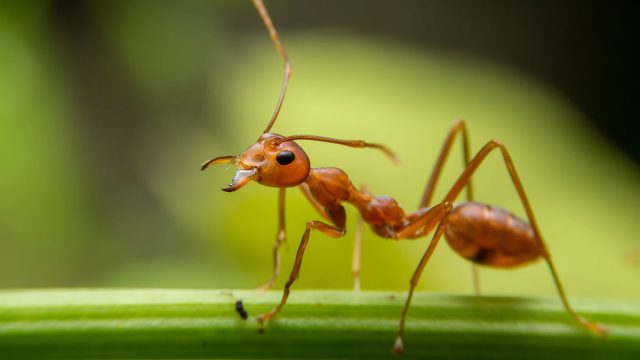 Every zodiac sign correlates with one of the four natural elements: earth, fire, air, or water. A sign’s natural element conveys the temperament and disposition of that sign.

The Taurus element is earth, and earth signs are known for being extremely hard-working, motivated, and ambitious.

One of the typical Taurus traits is diligence. A Taurus man knows he can achieve any goal he sets for himself as long as he is willing to work for it.

He is enterprising and constantly setting new targets for himself and making plans for how he will make his dreams a reality.

An earthy Taurus man has the dirt-dwelling ant as his spirit animal, meaning that a Taurus guy is a team player and isn’t afraid to get his hands dirty doing hard work.

He isn’t too proud to do any job, and he believes in putting in a hard day’s work to earn an honest living.

The ant is constantly working, alongside the other ants in his colony, to improve his life and the lives of his fellow ants.

Ants work as a team, communicating with one another to divide up tasks that ultimately serve the entire colony.

Just like the ant, a Taurus man works hard not only to benefit himself but also to benefit others, like his family, friends, boss, and co-workers.

He values the things he earns through hard work more than what is given to him freely.

A Taurus man is also strong and resilient like the ant. This impressive insect can lift 10 to 50 times its body weight.

What a Taurus man may lack in physical strength he makes up for in stoicism and emotional strength.

Like the endlessly toiling ant, a Taurus man is industrious and knows that his hard work pays off for him and everyone around him. 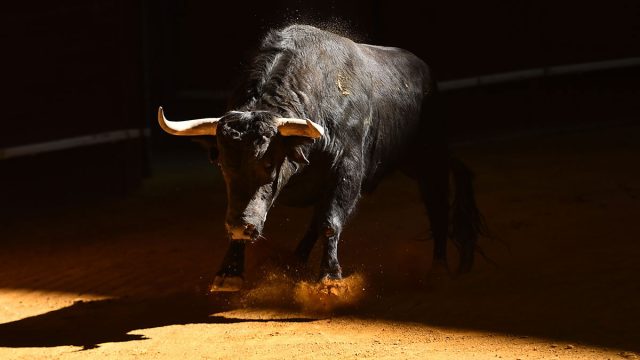 When you are wondering, “What is a spirit animal for a Taurus man?” The easiest way to find the answer is by looking at his zodiac symbol.

Most astrological signs have animals for their zodiac symbols. A sign’s animal embodies the distinctive personality traits of that sign.

Taurus is one of the zodiac signs with an animal as its symbol, and the Taurus animal is the bull.

The symbol of the bull tells us that Taurus is one of the most stubborn zodiac signs. The powerful bull charges through any obstacle that stands in the way of getting what it wants.

Similarly, a Taurus man is extremely motivated and has a sharp focus on his goals. He is so stubborn that he won’t let anyone tell him that he can’t achieve his dreams.

A Taurus guy is slow to anger and he is often willing to accommodate others, but when he feels strongly about something, he will put his foot down and hold his ground.

A Taurus man can also be incredibly stubborn when it comes to holding a grudge. It’s best not to upset this bullish sign because it may be the last interaction you ever have with him.

Why Are Taurus Men So…?Taurus Man Compatibility with All 12 Signs
Hello, I'm Liz