How can I Surprise my Pisces Man? 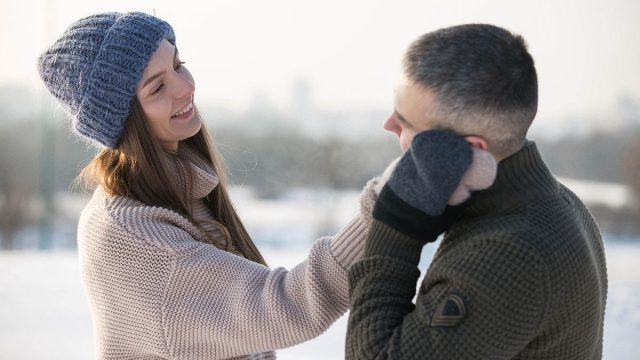 Whether you are looking to spice up your relationship or just give your Pisces guy the perfect preset, you need to know how to surprise a Pisces man.

How can you shock and amaze him to make him happy?

A man’s zodiac sign can tell you a lot about him, including what kinds of surprises he likes.

By learning more about his zodiac sign’s typical likes and dislikes, you will be able to determine the best ways to surprise your Pisces man.

Throw Him a Surprise Party

When you are wondering how to surprise a Pisces man, there is no better way than to throw him a surprise party.

Pisces men are very caring and put themselves out a lot for the ones they love, so surprising your Pisces guy by celebrating him is a great way to show appreciation.

Invite all of his closest family and friends, and hold the party somewhere he feels comfortable like at home or his favorite restaurant.

He loves nothing more than being surrounded by all of his loved ones, so having all the most important people in his life come together to honor him is sure to please him.

Not only are you showing him how much you and everyone who attends cares about him, but you are also creating a beautiful experience he will never forget.

Give Him a Thoughtful Gift

Pisces are extremely generous, and they love giving gifts to show how much they care.

When a Pisces man has a crush on you, he may show it by giving you lots of little tokens of his affection.

Your Pisces guy might bring you snacks, coffee, music, flowers, or anything else to show that he likes you and thinks about you when you’re not around.

Return your Pisces man’s generosity by surprising him with a meaningful gift. It’s not about how much money you spend, but about how much through you put into the present.

For a Pisces, spiritual gifts that help him connect with his psychic, religious, or paranormal interests are sure to please.

This sign has a passion for all things metaphysical, so any gift acknowledging these interests makes him feel understood and appreciated.

Treat Him to an Experience

Pisces men are quite sentimental, so it’s always a good idea to plan a surprise for him that makes a joyful memory.

Surprise your Pisces guy with a romantic date for no reason. Pick him up from work and take him on a picnic in the park, complete with champagne and his favorite foods.

Buy tickets to see his favorite band play or a sporting event. You can add to the surprise by taking photos together at the show and framing them later to give to him.

A Pisces man appreciates thoughtful material gifts, but he enjoys sharing an experience and creating a special memory with you even more.

Send Him Something in the Mail

If you want to know how to make a Pisces man miss you and surprise him at the same time, try sending him something in the mail.

Pisces are very traditional and romantic, so in a world of emails and text messages, they appreciate the old-fashioned appeal of snail mail.

Even if you don’t live far away from your Pisces guy and see him every day, receiving something in the mail from you is a wonderful surprise.

It doesn’t matter what you send him – it could be a postcard, a gift, or some photos of the two of you. Don’t tell him to check the mail, otherwise, you might blow the surprise.

The point is to show your Pisces guy that you are thinking about him and for him to be pleasantly shocked when he collects his mail.

Create Something Original for Him

Pisces is one of the most artistic and creative signs in the zodiac, so your Pisces guy will love it if you surprise him by making him something.

Paint something just for him, create a scrapbook of your memories, or write him a love poem.

Don’t worry if you aren’t the best at arts and crafts. Your Pisces guy appreciates the thought and effort you put into your creation, not your skill level.

He is attracted to a woman with a big imagination like his, so surprising your Pisces man with something handmade is sure to warm his heart.

Give Him a Plant or a Pet

Pisces men are innately caring and they love having someone or something to nurture. When he tries to take care of you, it’s one of the signs a Pisces man is in love with you.

Exercise some caution when choosing a living thing for your Pisces man. For example, don’t surprise him with a dog unless it’s something you have both discussed at length in advance.

A beautifully potted house plant is a great surprise for a Pisces guy. You can also surprise him by getting a pet for yourself, like a kitten, and ask for his help raising it together.

Do A Big Romantic Gesture for Him

A Pisces man is a fan of traditional romance, so he’s never afraid to perform big, dramatic gestures to show the woman he loves how he feels about her.

He wants the kind of love he sees in movies, so what attracts a Pisces man is a woman who is as romantic as he is.

There are plenty of romantic ways to surprise your Pisces guy, and the more you can personalize the surprise, the better.

Surprise your Pisces guy by making a romantic scavenger hunt for him and hiding the clues in your house or even all over town.

Center each clue around a shared memory, like hiding a clue at the place where you had your first date or writing a few words in the clue about how special your Pisces man is.

It doesn’t matter what the prize is at the end, as long as it’s sweet and romantic. He will appreciate the effort you’ve made to do a big romantic gesture for him.

Wear Something Sexy Underneath Your Clothes for Him

If you want to know how to make a Pisces man want you with a sexy surprise, put on a sexy lingerie set underneath your clothes before your date with him.

Blues, greens, and purples are the colors that attract a Pisces man, so try to choose a lingerie set in those hues.

Take a picture of yourself in the underwear or lay it out on your bed and photograph just the set.

Then, during the date, send your Pisces guy the photo. Tell him how you took the photo earlier and it’s what you’re wearing right now, and if he’s lucky he will get to see it in person.

Give Him Something Related to Music or the Arts

If you’re wondering how to get a Pisces man to chase you, try surprising him with a gift related to music or the arts.

Pisces men are very artistic and creative, so they have a deep appreciation for anything that inspires them and fuels their imaginations.

An excellent surprise for a Pisces guy is to give him concert tickets to a show he’s been dying to see.

If you want to take the surprise a step further, tell him you have a date planned and take him to the concert venue without telling him what you’re doing until you get there.

Do Something You’re Scared to Try With Him

If you want to know how to keep a Pisces man wanting you, you need to be willing to step outside your comfort zone for him sometimes.

A Pisces guy isn’t necessarily a thrill-seeker, but he probably has some hobbies and interests that intimidate or scare you.

Maybe your Pisces man loves karaoke, but you have terrible stage fright. Perhaps he loves going on vacation to faraway places, but you’re scared to fly in an airplane.

You can surprise your Pisces guy and make him fall even more deeply in love with you by doing something that scares you for him.

Take your karaoke-loving Pisces guy out to a karaoke bar, and surprise him by putting your name on the list to sing. Choose a romantic song and serenade him, or choose a goofy song you know he loves.

Book a trip for you and your Pisces man and surprise him with the plane tickets. He will be thrilled to go away with you, and even more thrilled that you are facing one of your fears for him.

He will see how hard you are trying to please him and will love that you are stepping outside of your comfort zone to surprise him.