How can I Surprise my Cancer Man? 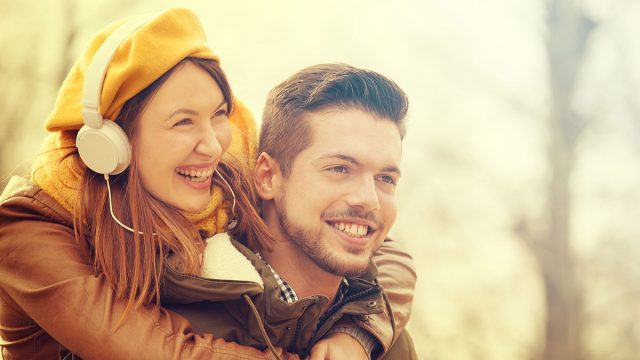 If you want to surprise a Cancer man, you’ve got to understand his personality. He’s sensitive, so even a well-intended surprise can rattle him.

Yet he also loves it when you make the effort to surprise him in pleasant ways. Understanding a Cancer man’s need for emotional security will help you effectively surprise him.

You will need to find ways to add an element of surprise without scaring or overwhelming him.

If you want to know how to keep a Cancer man hooked, the key is to do more of what is already working. You don’t have to fill his life with surprises.

Yet if you occasionally want to surprise a Cancer man, the best way to do so is to exceed his expectations in some positive way. Don’t startle him but find ways to impress him.

If you want to know how to attract a Cancer man, make him feel secure first. Then add in some occasional surprises to show him you are trying to keep things fun and interesting.

Learning what food a Cancer man loves to eat can be the easiest way to get to his heart. When you cook his favorite meals (he likely has more than one, probably one for each mood) you’ll lift his spirits.

He may also be pleasantly surprised that you found a way to make his favorite dish just the way his mother used to, or even better. This is one of the easiest ways to surprise him. He’s a good cook and self-sufficient in the kitchen.

Yet when you take the initiative to cook for him and learn all of his favorite recipes, you’ll appeal to his tendency to equate food with love and security. You’ll also surprise him because he’s used to being the one to nurture others.

Taking on this role and showing him how good it feels to be taken care of, at least as far as food is concerned, will impress a Cancer man. He’ll feel pleasantly surprised that you took the initiative to pamper him in this way.

2. Take Him on a Nostalgic Date

If you want to know what to wear to attract a Cancer man, look to the past. He loves both old style romantic outfits or even clothing that reminds him of his childhood. Dress in vintage styles and look to the past for inspiration.

If you know he hung out at the arcade as a kid, wear a shirt with characters from a popular game. You can also choose an outfit that reminds him of his favorite childhood TV characters. Retro looks attract a Cancer man.

Cancer men love nostalgia and live in the past to some extent. One way you can surprise a Cancer man is to take him on a date that is a trip down Memory Lane. Revisit his favorite childhood haunts, for example.

Consider setting up a romantic evening at home in which you decorate, cook, play music and even dress according to some special theme that relates to the past or his favorite aspect of his past.

If you want to know how to make a Cancer man chase you, show up with a puppy. This will not only surprise him in a pleasant way, he’ll also find it endearing. He’ll love seeing your nurturing side when you interact with the puppy.

He’ll enjoy the surprise of suddenly having a furry friend around and whether the puppy is a gift for him or your own puppy, he’ll want to be around you more. He’ll start to see the puppy as part of your “family.”

Consider this a test run for the time when you have children together. Cancer men get excited about the prospects of children, family, and anyone who needs nurturing and caretaking. He’ll love having a puppy around to care for.

4. Do Something Kind for His Mom

If your Cancer man is acting distant and you need to get his attention, consider surprising him by doing something for his family. In particular if you do something kind or show generosity to his mother, he’ll take notice.

He’ll be pleasantly surprised that you care about him and his family so much. It will touch a Cancer man’s heart to see you act kindly toward his mother. He’ll see it as a sign that you are a keeper.

Not only will it surprise him and possibly bring a tear to his eye, it will also make him want to spend time with you again. Whatever caused him to be distant will be forgotten about.

He’ll remember why he picked you and why you are the only one he wants to be with. You can easily find ways to surprise a Cancer man by being kind and generous toward his family members.

5. Take Him on a Beach Getaway

A Cancer man and casual relationships don’t usually go hand in hand. He has two speeds in relationships, “shy” and “let’s get married.” If you want him to be serious about you, be patient.

While you’re waiting for him to come around, take him on a surprise weekend trip to the beach. Let him know what to pack but not where you’re going. Cancer men can be cautious, so he’ll ask a lot of questions.

Try to just tell him what he needs to know to feel secure and prepared, but let the details be a surprise. When you finally arrive at your destination, he’ll be thrilled. Cancer men usually love water and are typically fond of trips to the ocean.

6. Host a Party with His Childhood Friends

Cancer men aren’t usually the biggest party goers but the exception is when their friends and loved ones will all be at a party together. When everyone he loves is under one roof, that’s a Cancer man’s idea of a great party.

He doesn’t need fancy decorations or loud music. He’ll be thrilled if you throw a surprise party and invite his oldest and best friends. He usually has friends from childhood. Seeing them all again excites a Cancer man.

Whether you throw the party for a special occasion or just create a reunion of his childhood pals, a Cancer man will be thrilled that you put the effort to bring his friends together. He’ll also love seeing his friends again.

7. Remember Details of His Stories

One of the signs a Cancer man likes you is that he will tell you many stories, especially about his past and his childhood. Pay attention, he gives away valuable details when he tells you about his past.

When you take note of these details and store them away in your memory, you’ll have all the information you need to nurture the relationship. He’s basically giving you his instruction manual, piece by piece.

When you recall the details of his stories, you’ll be able to surprise him because you’re paying such close attention to him. You’ll also be able t surprise him again and again by planning dates that draw on the details he tells you.

For instance, you’ll know exactly where his favorite places were, his favorite songs, movies that touch his heart and all the different details of his inner landscape. Use this information to your advantage.

If you want to know how to make a Cancer man happy sexually, the key is to satisfy him emotionally first. Take care of his emotional needs by day and he’ll be even more connected to you at night.

One of the ways to do this is to surprise a Cancer man with a trip to the lake or pool. Take a Cancer man swimming and you’ll win his heart. He’ll be happily surprised that you planned a trip involving one of his favorite activities.

Not only will it improve his mood but it can also improve your sex life later on. If you want to know how to make a Cancer man feel happy when he’s sad, being in water is the best way.

A simple and fun way to stimulate a Cancer man’s desire for nostalgia is to watch his favorite movie with him. Not just any movie, go back into the past and pick a film he loved as a child.

This can make for a fun evening of imaginary time travel. To really play it up, prepare a meal that was his favorite in childhood as well. Create a full theater experience so he’ll feel like he’s watching the movie for the first time.

The movie may seem antiquated by today’s standards of film making or topics, but indulge him. Surprise him by showing a genuine interest in the movies that shaped his childhood.

10. Make Donations in His Name

If you want to know how to make a Cancer man feel guilty, go overboard planning a special date or gift when you know he isn’t ready to reciprocate. Sometimes going too far out on a limb can backfire.

Rather than a Cancer man feeling pleasantly surprised, he’ll feel overwhelmed or even guilty because he hasn’t done anything for you on the same scale. If he can’t financially reciprocate, this can be especially troubling to him.

If you want to plan a surprise that isn’t too elaborate and won’t make him feel guilty, make a donation to a charity you know he’ll love. Make the donation in his name, as a gift.

Cancer men love nurturing others and sharing this kind of gift will make him happy. He’ll also see you in a positive light. He’ll see that you are a thoughtful and generous humanitarian.

10 Tips to Win Back the Heart of a Cancer Man10 Important Things to Make a Cancer Man Commit
Hello, I'm Liz