How Do You Mentally Stimulate a Scorpio Man? 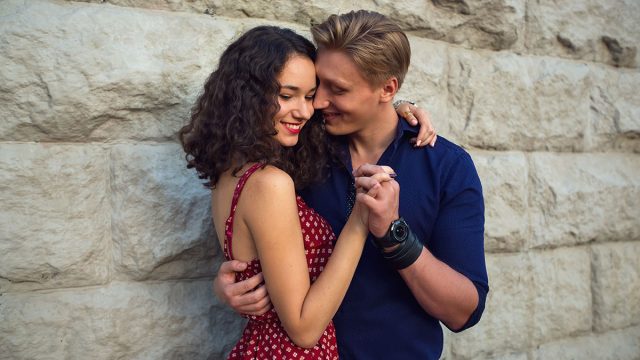 The best way to stimulate a Scorpio man may surprise you. Though he can be highly sexual, stimulating his mind is best.

When you stimulate a Scorpio man mentally, you’ll easily be able to entice him and open his heart.

If you’re wondering what kind of woman attracts a Scorpio man, the answer may surprise you. He loves women who are attractive physically but also mentally sharp and intelligent.

Scorpio men will not tolerate being with a woman who is dull and superficial, no matter how attracted he is to her physically. He needs to be mentally stimulated.

This is easy to do if you have a number of interests and are knowledgeable about intellectual topics. If you are witty and can hold a great conversation, even better.

Teach Him Something New

What attracts a Scorpio man physically is sometimes less important than what attracts him intellectually. If you really want to stimulate his mind, try to teach him something new.

While you have to get up pretty early in the morning to outwit a Scorpio man, he’s not an expert on everything. Find a topic that he may be interested in, current events, spirituality, conspiracy theories or taboo subjects. Learn the most cutting edge information available.

When you talk to your Scorpio man, casually mention the information you’ve learned. Act like you study this topic all the time. Even if it is new to you and you are only delving into this subject to impress him.

When your Scorpio man has something new to learn from you, he’ll become fascinated by you. An important thing to remember is to not try to outwit him during every conversation. This will turn him off. Let him teach you what he knows but be open to exploring topics on a deeper level.

This way, by doing your own homework on the side, you can occasionally slip in new information and impress him. He’ll love to see that you are teachable but also learning things that can spice up the conversation.

If you’re wondering how to tell if a Scorpio man is interested in you or if he is just being friendly, try to shake things up. You can stimulate his mind by refusing to live up to his expectations. This doesn’t mean that you should disappoint him.

Rather, by being unpredictable and continually changing course, you can mentally stimulate your Scorpio man. He won’t know what move you’ll make next because you will show him that you’re hard to read.

Scorpio men pride themselves on being able to figure people out. He loves to see himself as part psychologist and part detective. Yet when you show him that you don’t conform to his ideas and preconceived expectations, you’ll stimulate his mind.

You may also frustrate him. If too much time goes by and he consistently hasn’t been able to figure you out, he may become overwhelmed and feel confused. This is not ideal.

If you think you’re starting to frustrate him by being too much of an enigma, tone it down slightly. Continue to switch things up from time to time but let him see some consistency just so that he can build trust with you.

When you see signs that a Scorpio man has feelings for you, leverage his emotional connection to your advantage. He’ll watch you like a hawk. He won’t want to miss any opportunity to connect with you.

At some point, he will open up about his fantasies. When you know what he desires, mentally stimulate a Scorpio man by playing to his fantasies. Let him see that you appreciate his imagination.

Be creative and resourceful as well. Scorpio men can be mentally stimulated by your knack for creativity when it comes to delving into desires and fantasies. Encourage his fantasies or even act them out with him.

If you know how to seduce a Scorpio man through text, you can stimulate his mind by enticing him through your conversations. When you text him or even when you whisper into his ear, you can play on his desires and fantasies and stimulate his imagination.

When a Scorpio man touches you, it can feel intense and exciting. Show him in return that you can add excitement and thrills to the equation. Let him see that you have a sensual side and that you can use this to explore his desires and fantasies.

In other words, don’t just give the gift away, but create mystery and a series of surprises around it. You can also do this when revealing exciting news or even just revealing new things about yourself.

The more you can make every day feel like a series of mysteries the better. Your Scorpio man will love to be surprised by your witty plans. Take him on a surprise daytrip, even blindfold him so he won’t know your destination.

Surprise him with his favorite meal for dinner or leave him clues about a surprise vacation you’re planning for the two of you. The more you can catch him off guard as you plan for exciting things for him, the better.

When your Scorpio man sees that you are deep and thoughtful, he’ll fall in love. A Scorpio man’s likes and dislikes in a woman include intelligence but also depth of thinking and feeling. You can stimulate him by not being superficial.

A Scorpio man’s ideal woman knows there are many complex layers underlying every decision and event. When you don’t take things at face value and instead look for the deeper meaning or significance, you’re speaking his language.

If you want to get a Scorpio man to chase you, maintain a stoic exterior. He knows that still waters run deep and this façade can stimulate and excite him even more than someone who is too transparent about their rocky emotional turmoil.

When you want a Scorpio man to be intrigued by you, reveal that you have paradoxical and complicated feelings. This will stimulate his mind as he will see you as a mystery to solve or a puzzle to figure out.

How does a Scorpio man court a woman he’s interested in? He gives her a series of tests, to start off with. He will want to make sure she fits all his high standards and matches his criteria. He’s got it all figured out and knows just what he wants.

When a Scorpio man likes you, he will want to test you to see how intelligent you are. He won’t administer an IQ test. Instead, he will try to trip you up in normal conversation. He may present a controversial topic to see what your views are.

If you take a standard, mainstream approach and show that your opinion matches the popular consensus, it will turn him off. If you want to stimulate a Scorpio man’s mind, answer critically and thoughtfully. Take the time to examine the issue.

Don’t rush to respond impulsively or based on feelings alone. Instead, carefully examine the facts and do research if you have to. All of this will appeal to a Scorpio man. He will appreciate your thoughtfulness and concern for research and accuracy.

From time to time, rather than giving him the answer or response based on what you think he will agree with, try instead to answer in a contrary or controversial way. Tell him what you think but also challenge (without being confrontational) his expectations.

When you do this, it throws a Scorpio man off balance just slightly. You’ll give him something to think about on a deeper level and therefore stimulate his mind. He appreciates this. Just don’t do it all the time or he will think you’re just being contrary, and this frustrates him.

Another way to stimulate a Scorpio man mentally is often overlooked. Find ways to stimulate him visually. When you show your Scorpio man that you can activate his imagination and trigger his inner desires, he’ll be highly aroused.

Mental stimulation, for a Scorpio man, isn’t only about facts and data. Sometimes it is about mental imagery. Scorpio men are often visually oriented thinkers. When you are descriptive in your communication and paint a picture with words, you can appeal to him.

You can also appeal to his desires by creating the perfect scene for romance or intimacy. Take measures to make sure the physical setting around you is conducive to arousing his fantasies.

Your attention to your own physical appearance can also stimulate him mentally. Even if you are at a distance, strategic use of selfies and photos can trigger his fantasies and leave him anticipating more. Send him texts with clues of what is on your mind.

Don’t be too revealing, let his imagination do the work for you. When you stimulate a Scorpio man in this way, you’ll have him hooked on you.

How Do You Win a Scorpio Man’s Heart?How can I Surprise my Scorpio Man?
Hello, I'm Liz