How Do You Mentally Stimulate an Aries Man? 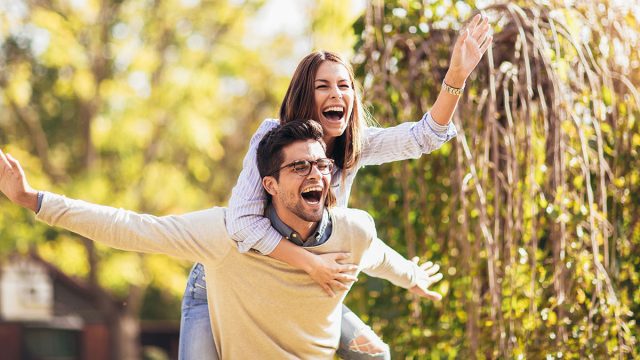 If you want to stimulate an Aries man mentally, you have to do more than just be smart!

Aries men are intelligent, but they are also constantly on the go. You need to be exciting if you want to truly stimulate him.

Aries men are intelligent, but their intelligence isn’t the same as the analytical mind of a Virgo or Capricorn.

Aries men have a sharp wit and are extremely solution-oriented. You have to pick up the pace if you want to keep an Aries man stimulated mentally. Challenge him and put him in situations where he has to think quickly.

You should keep an Aries man physically active if you want to truly stimulate him mentally. He often enjoys hands-on activities that keep him moving while working his mind at the same time.

Aries men are highly competitive. Intellectual activities do not mentally stimulate them unless they offer a challenge.

If you want to stimulate your Aries man, you need to challenge him. You can make any activity more interesting for him by adding a competitive element.

Aries men don’t always enjoy solo activities like reading because they don’t offer any challenge. If you want your Aries man to read more, make a competition of it!

You can challenge your Aries man by making a bet about who can finish a particular book first or who can read more books in a month.

This works with almost any activity. An Aries man might avoid certain activities because they bore him. You can easily change that by adding a competitive element and doing the activity with him.

This shocking video will show you 3 ways to tell if your Aries man secretly wants you back.

If you want to know how to keep an Aries man interested and stimulated, then start a debate with him! Aries men are highly competitive. He will love being able to show off his mind in a competitive environment.

Before starting a debate, though, know that things might get heated! Aries men aren’t as diplomatic as Libras are when they debate with someone.

Aries men love to argue. They aren’t necessarily angry when they fight with someone. It’s just a way for them to blow off some steam.

You can mentally stimulate your Aries man and help him get some energy out by starting a low-stakes debate about a topic in which neither of you is too invested.

Your Aries man will easily be able to debate with you if neither of you is too passionate about the topic. Debates are a great way to learn other points of view, stimulate his mind, and blow off steam healthily.

Are Aries men intelligent? Many of them are! They might not always be “book smart,” but they are clever in their own way.

Aries men love to play games. They are highly competitive and also like to be active. A great way to keep an Aries man mentally stimulated is to play intellectual games with him.

Some examples of intellectual games include chess and poker. Many board games and card games have a competitive element and require a fair amount of mental energy.

Strategy video games are another great way to stimulate an Aries man mentally. These are a great way to spend time with your Aries man. He can work his mind, have some friendly competition, and enjoy the action elements that are often part of strategy games.

Sports such as golf also require intelligence and strategy. Aries men love sports, so this is a great way to keep your Aries man stimulated both mentally and physically.

If you want to know how to attract an Aries man and keep him mentally stimulated, you need to be witty.

Aries men love to be around people who can make them think and laugh simultaneously. Your Aries man will love being around you if you can tell intelligent jokes!

Being witty is about thinking quickly on your feet. You need to be able to slip a witty remark into the conversation without taking too much time to think about what you’re going to say first.

Your Aries man will love it if he can trade barbs back and forth with you. He’ll enjoy talking to you if you keep him on his toes, and he never quite knows what to expect from you.

Aries men prefer short, to-the-point jokes over long-winded stories that take forever to get to the punchline. Make your Aries man laugh and stimulate him mentally by trading quick jokes with him.

When talking to an Aries man, always speak your mind. Don’t be afraid to say something, even if you think he’ll disagree with you.

It’s good for Aries men to hear opinions other than their own. It keeps them mentally stimulated and reminds them that other people have valuable points of view.

Some people find Aries men intimidating. They won’t always speak up and offer their opinion because they don’t want to make an Aries man angry.

Don’t worry about that! Your Aries man will respect you more when you always offer your honest opinion, even if he disagrees.

It will keep an Aries man mentally stimulated when you speak up. He’ll never learn and expand his mind if he’s surrounded by people who always agree with him.

Pick Up The Pace

If you want to know how to stimulate an Aries man mentally, make sure you pick up the pace!

Aries men thrive in high-paced environments. An Aries man doesn’t want to sit at a desk and slowly pour over the solution for something. He wants to be put in a situation where he needs to develop a solution as quickly as possible.

If you want to keep an Aries man interested and stimulated at work, you need to give him things to do constantly.

When you need something done at the last minute, ask an Aries man. He is excellent at making things happen immediately. He’ll do whatever it is well, too. It won’t seem rushed at all, even if it was.

You can mentally stimulate an Aries man by springing things on him suddenly. Keep him on his toes, and he’ll be much happier.

An easy way to stimulate an Aries man’s brain is to ask him for the solution to a problem.

Aries men love coming up with solutions on the spot. If you need an answer to something immediately, ask an Aries man!

It’s not just mentally stimulating but extremely rewarding for an Aries man when he can fix a problem more quickly than other people. This is a great way to build your Aries man’s ego as well.

You don’t necessarily need to be asking for the solution to a life-or-death problem to stimulate your Aries man mentally. It can be simple, as long as you need the answer right now.

For example, if you’re arguing with a friend and need to resolve things before you see them at an event later in the day, ask him what you should do. He’ll be glad to think up a solution for you quickly.

An Aries man’s communication style is direct. He says what he means to and not a word more. You can keep him interested and stimulated by being straightforward as well!

An Aries man will get bored if you don’t get right to the point. He will likely stop paying attention to what you’re saying, no matter how interesting the topic is if you aimlessly ramble on.

It can take some time to learn how to talk to an Aries man. Many people think that Aries men don’t enjoy conversation and don’t always know how to keep one going with them.

Many Aries men do love to talk to other people, though! Aries men just don’t beat around the bush. If they can say something with only a few words, they aren’t going to draw things out.

Once you figure out how to best communicate with your Aries man, you’ll be able to keep him mentally stimulated and have great conversations with him.

Keep pushing when speaking with him. Don’t take a short response to mean that he doesn’t want to talk to you.

Show Off Your Intelligence

If you want to attract an Aries man, you need to be more than just a pretty face. You need to be intelligent as well! Showing off your intelligence and engaging him in discussions is a great way to stimulate his mind.

You likely know things that your Aries man doesn’t. You probably think in different ways than he does. He can benefit from your intelligence if you show it off to him.

Your Aries man will love interacting with you when you’re confident about your intelligence. He will respect you more too.

Your Aries man will definitely be mentally stimulated if you can teach him something. Don’t be afraid to ask him to teach you something in return! It is just as stimulating to teach someone a new skill as it is to learn one.

How to Talk to an Aries Man
Hello, I'm Liz