How Do You Mentally Stimulate an Aquarius Man? 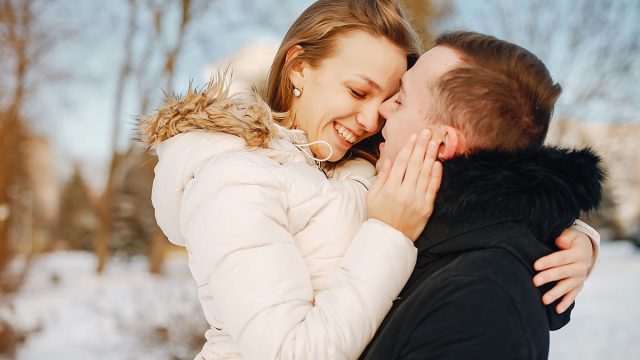 If you want to keep him around, you have to know how to mentally stimulate an Aquarius man.

But what do Aquarius men like to talk about, and how can you keep him coming back for more?

Aquarius men are unique individuals, and if you want to know how to keep an Aquarius man hooked you need to stimulate him with your brilliant conversation skills.

Understanding the typical traits of his zodiac signs and how to flirt with an Aquarius man will give you the tools to capture his interest.

Learning more about what attracts Aquarius men and how you can get in his head will help you mentally stimulate him.

Although Aquarians enjoy deep conversations, they loathe small talk. An Aquarius does not want to talk about trivial matters like the weather.

An Aquarius tends to be a dreamer with his head in the clouds, so he would much rather keep to himself than spend his time making pointless chatter.

If you want to know how to attract an Aquarius man, don’t speak just to fill silence. Make sure what you have to say is interesting, funny, or important, or else you will lose his interest quickly.

An Aquarius man would much rather you launch into your opinions on politics or social issues than waste time on pleasantries, so don’t be afraid to go deep with him.

Talk About Your Passions

An Aquarius loves to observe people and analyze what makes them tick. He can spot passion and enthusiasm, and loves to see what gets people excited.

Even if you don’t share the same interests, an Aquarius wants to know that you are passionate about something. Show him that you are dedicated to a cause or have a lot of knowledge on a particular topic.

When an Aquarius man has a crush on you, he will find out what you love and learn more about it. Even if it’s not interesting to him, it will tell him more about you.

To mentally stimulate your Aquarius guy, show him that you are educated, informed, and opinionated. Even if your viewpoints don’t match, he loves to see your intensity.

Aquarians are honest to a fault. They are notorious for being one of the least tactful signs of the zodiac, but at least they aren’t liars.

If you want an honest opinion, no matter how harsh, an Aquarius will give it to you. An Aquarius man cares more about being truthful than hurting someone’s feelings.

Because he is so honest, an Aquarian expects total transparency from his partner, as well. If he catches you in a lie or thinks you are being manipulative, he won’t trust you enough to let you get close to him.

It’s always better to be honest with an Aquarius. To mentally stimulate him, tell him the truth rather than what you think he wants to hear.

Prepare for a Debate

An Aquarius is contrary and stubborn by nature. It can sometimes be hard to know how to read an Aquarius man because even if he agrees with you, he might pose an argument just for the sake of it.

This isn’t because he is picking a fight or wants to make you mad. Aquarians are good at seeing all sides of an argument, and they tend to play devil’s advocate.

If an Aquarius disagrees with you, don’t assume that he’s trying to shut you down. Instead, take it as an invitation to start a lively debate.

Be prepared to back up your argument with facts, because an Aquarius will have a counterpoint for everything you say. Keep your tone respectful and contemplative rather than angry or defensive.

Aquarians enjoy the mental stimulation of a good debate, and you can be sure you’ll stay on his mind if you can engage him in a passionate discussion, even when you have opposing viewpoints.

If you want to know how to make an Aquarius man want you, you should be prepared to explore abstract ideas. The mundanity of reality bores Aquarians, and they would much rather talk about theoretical concepts.

Have you heard a crazy conspiracy theory or read about a UFO sighting? Those are the kinds of topics an Aquarius wants to talk about.

They love to study and discuss philosophy, ethics, spirituality, and anything metaphysical. Aquarians always seem to be in their own world, so it makes sense that they are interested in other-worldly subjects.

If there’s something strange you want to talk about but you’re afraid it’s a little too “out there,” an Aquarius is the best person to go to. He will embrace whatever it is and be excited to hear more.

To stimulate your Aquarius guy’s brain, talk to him about dreams and ideas. The weirder and more far-fetched the conversation is, the better.

If you’re wondering what does an Aquarius man look for in a woman, he needs someone who is open-minded. An Aquarius can’t respect a person who won’t consider new ideas or different viewpoints.

Aquarians are skilled at putting themselves in other people’s shoes. Even if they completely disagree, they always try to see things from another person’s perspective.

To mentally stimulate an Aquarius, you have to be open to understanding someone else’s point of view. You have to be willing to embrace change and growth instead of stubbornly sticking to old-fashioned ideas.

Another aspect of being open-minded is being tolerant and accepting of others. If you demonstrate that you are prejudiced or stereotype people, an Aquarius will lose respect for you.

Show your Aquarius guy that even though you have your own opinions and beliefs, you are open-minded and accepting of others. When he sees your kindness and mental strength he will become more attracted to you.

Be an Independent Thinker

Aquarians are unconventional and they have little respect for anyone who goes along with the crowd. He’s not afraid to be different, and he is attracted to the things that make a person unique.

Don’t hide the things about you that make you stand out. If you have a scar, proudly show it off to your Aquarius man. When you want to dye your hair purple, go ahead and book the colorist appointment.

If you want to know how to make an Aquarius man addicted to you, have a strong personal identity and be firm in your convictions. An Aquarius is mentally stimulated by an independent thinker, not a sheep.

An Aquarius doesn’t care whether or not something or someone is “cool” or popular. He is drawn to the strange and unusual, and cares more about self-confidence than the approval of others.

An Aquarius knows that it’s okay to be different – in fact, he celebrates it! He wants you to embrace your rebellious streak and be proud of the things that make you special.

Aquarians are known as being the humanitarians of the zodiac. Although they can come across as aloof, they care deeply about other people and the state of the world.

If you want tips on how to flirt with an Aquarius man, try talking to him about your philanthropy. Tell him about how you volunteer at the local animal shelter or spend every Thanksgiving at a soup kitchen.

Aquarians enjoy doing what they can to improve the earth and make it a better place for everyone. Show him you care about things like recycling, sustainable farming, and feeding the homeless.

Your Aquarius man is mentally stimulated and inspired by humanitarian causes, and he wants someone who is equally passionate about them.

Aquarians are big thinkers and want to help other people. An Aquarius is much more mentally stimulated by a conversation about civil rights than the latest celebrity gossip.

An Aquarius man dislikes when a person doesn’t know or care what’s going on in the world. He wants someone who feels strongly about equality and social justice, and will fight alongside him for progress.

Aquarians see social issues as everyone’s responsibility. If you don’t care about civil rights, he could view you as selfish or ignorant.

Instead of asking your Aquarius guy if he watched the baseball game last night, ask if he saw the latest news story. Talk to him about what you can do to get involved and help out.

Show Your Goofy Side

An Aquarius man is mentally stimulated by someone who can make him laugh. He has a very silly side and a unique and goofy sense of humor.

Show your Aquarius guy that you can be goofy, too. Don’t be afraid to do something silly or embarrassing just to make him smile.

One of the signs an Aquarius man is falling for you is when he makes inside jokes with you. He needs a partner who can understand and appreciate his quirky humor.

Self-deprecation, sarcasm, and goofy impressions are all sure to make your Aquarius man laugh and stimulate him mentally. He will love that you’re not afraid to be kooky and silly with him.

Do Aquarius Men like Public Display of Affection?10 Signs an Aquarius Man is Serious About You
Hello, I'm Liz