10 Signs a Libra Man Cares About You 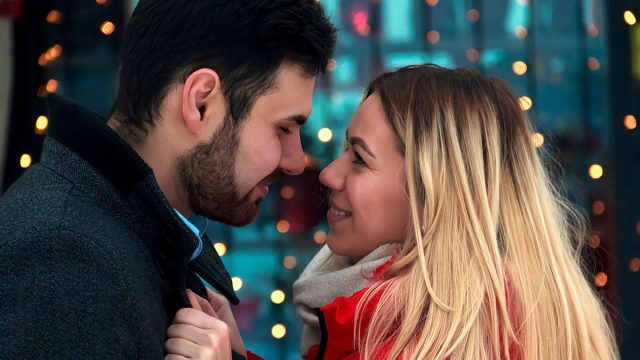 Because he is usually so warm and friendly with everyone, it can be tricky to read the signs a Libra man cares about you.

How do you know you are special to a Libra guy?

One of a Libra man’s best qualities is that he knows how to make anyone feel special and adored. It’s part of his charm and what makes him so attractive.

But it can be confusing if you are trying to figure out whether or not he cares deeply about you, or if he is just using his typical flattery on you.

By exploring his sign’s personality traits and communication style, you can learn to recognize the signs a Libra man cares about you.

1. He Asks You Personal Questions

When a Libra man is interested in you, he will ask you lots of personal questions to find out more about you.

Although he asks polite questions and makes conversation with everyone, when a Libra man cares about you, he will ask more thoughtful, probing questions than he asks everybody else.

When he asks you how the job interview you discussed last time you saw him went, it means he pays special attention to you and remembers the little details about you.

When he asks about your pet by name, it means he listens to you carefully and knows about your life.

If you notice that the questions he asks you seem more personal than what he asks anyone else, it’s a sure sign that your Libra guy cares about you.

2. He Shares His Feelings with You

For a Libra man, emotional distance is normal. Although he comes off friendly and gregarious, he doesn’t open up emotionally to many people.

If your Libra man is distant, just be patient and give him time to get to know you. The more comfortable he is with you, the more likely he is to share.

When a Libra guy opens up to you about his feelings or shares a secret with you, it means he really likes you.

You may be surprised to find that although everyone around him likes him, most people don’t know a lot of personal information about your Libra guy.

Although he is a popular guy and a friend to everyone, most people don’t get to know a Libra man on a deeper level. When he shows you this side of himself, it means he cares.

Because they are such busy socialites and have a variety of projects and hobbies, Libras can be forgetful and flaky.

As much as they try to keep everyone else happy and please others, Libras often earn a reputation as being unreliable and scatterbrained.

But when a Libra guy truly cares for someone, he makes sure to show up for that person, no matter what.

A Libra man’s family, closest friends, and romantic partner know they can count on him to be there when they need him.

But a Libra guy can only spread himself so thin. For example, a Libra man after a break up stops being reliable for the woman he used to love because he can’t put himself out for everybody.

No matter how much he wants to please everybody, a Libra guy can’t be in a million places at once. He can only focus his efforts on a few people, and his partner usually comes first.

If he answers your calls at any time of the day or drops his other plans when you need help, it shows that your Libra man really cares.

4. He Takes Your Side

Every zodiac sign has a symbol that encapsulates the distinct personality traits of that sign. Libra is the sole zodiac sign with a non-living object as its symbol.

Libra is symbolized by the scales, which shows that Libras are diplomatic and fair-minded. They know how to put themselves in other people’s shoes and see every side of an argument.

Libras tend to be unprejudiced and pride themselves on being fair. The exception to this rule is when a Libra cares deeply for someone.

One of the signs a Libra man likes you is when he is biased in your favor.

If he sticks up for you or takes your side in a disagreement without asking any questions or playing the Devil’s advocate, it means he likes you a lot.

5. He Puts You Before His Friends

Even if your Libra man is taking it slow, you will probably meet his friends in the early stages of dating.

This is because a Libra guy cherishes his friends and spends a lot of time with them, so he wants to make sure that his potential girlfriend gets along with his buddies.

If she doesn’t, or his friends don’t approve, he might move on to someone who fits in better with his pals.

The best wife for a Libra man is a woman who understands how important his friends are to him. She should never make him choose between his friends and his relationship.

But if your Libra guy ditches his plans with friends or skips a party to hang out alone on the couch with you, it means he cares about you.

When he chooses to bring you soup when you’re sick instead of going to a bar with his buddies, your Libra guy might even be in love with you.

6. He Boosts Your Confidence

Libras are natural people-pleasers and they want everyone around them to feel good about themselves.

Libras are attracted to confidence, and if a Libra guy senses that his loved ones are feeling self-conscious, he will do anything to boost their self-esteem.

If you aren’t feeling great about yourself, not only will a Libra man who cares about you notice, but he will also try to raise your ego.

He will compliment you, try to make you laugh, and show you all the amazing qualities you have that he sees.

7. He Spends Money on You

Libras appreciate the finer things in life and they have no problem spending money to buy themselves the luxury goods they so desire.

A Libra is fairly generous with others, but he spares no expense on the people he cares about the most.

When a Libra guy offers to pick up your bar tab, pays for your ride home, or surprises you with a thoughtful gift, it’s a sure sign that he cares.

But besides spending money on you, it’s an even better sign of his affection if he gives you something that belongs to him.

When a Libra man will literally give you the shirt off of his back, it means he likes you a lot.

Libras invest a lot of time researching the best purchases and treat themselves to nice things, so a Libra guy doesn’t part with his possessions lightly.

But if something of his brings the person he cares about joy, that’s reason enough for him to give up any of his belongings.

As a sign ruled by the planet of love, Libras are skilled at showing their devotion in many ways.

Libras are touchy-feely, but usually only with the people closest to them. They shake hands with strangers, but they hug their friends and kiss their loved ones.

If you want to know how to make a Libra man obsessed with you, you’ve got to be comfortable with physical affection.

When your Libra guy touches your arm, sits a little too close to you, or finds excuses to hug you, it’s a definite sign that he cares about you.

9. He Invites You to Social Events

Libras are very social and outgoing, so it’s not unusual for a Libra guy to ignore calls and texts while he is out with his friends.

When your Libra man doesn’t answer texts, it’s probably because he’s out socializing and isn’t checking his phone, not because he’s intentionally avoiding you.

If you wonder, “Why do Libras ignore you, especially out in public?” It’s not because they are embarrassed or ashamed of you, but because they want to mingle with everyone and expect that you do, too.

But when a Libra man cares about you and wants to get to know you better, he will ask you to join him on his outings.

If he extends invitations to you and makes an effort to make you feel included, it means that your Libra guy cares.

Libras love surprises, so when a Libra guy cares about you, he will want to see your face light up with excitement.

When your Libra man shows up at your work just to bring you lunch and brighten your day, it means he likes you.

If he plans an elaborate surprise like a secret birthday party or booking a vacation for you, it means he cares about you a lot.

A Libra man likes to be kept guessing, so when he cares about someone, he will try his best to keep them on their toes.

How to Make a Libra Man Chase YouHow Do You Mentally Stimulate a Libra Man?
Hello, I'm Liz