9 Signs An Aquarius Man is Playing You 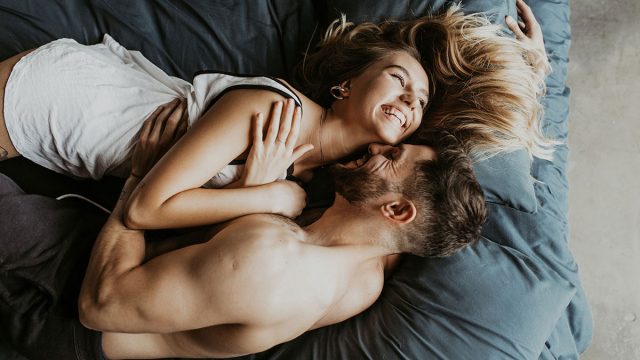 It can be hard to spot the signs an Aquarius man is playing you, but only because there are sometimes other reasons behind the signs he displays.

One or two signs don’t necessarily mean your Aquarius man is playing games, but multiple signs showing up can mean just that.

Usually, Aquarius men are honest. This is a point of pride for them, especially the Aquarius men who lean into their humanitarian nature and have a reputation for being caring, honest people.

Aquarius men will play games, though. They can be emotionally detached, self-absorbed, and insensitive. They don’t always realize how much their games hurt people.

If your Aquarius man doesn’t open up immediately, that’s not necessarily a bad sign. However, if he won’t open up, never listens to you, and never shows any signs he cares about you, he might just be playing with you.

Being selfish and self-absorbed can be one of an Aquarius man’s red flags. He might always prioritize himself, but if he genuinely cares about you, he’ll also prioritize your needs.

When an Aquarius man loves you, he’ll show you that by remembering facts about you, doing favors for you, and supporting you when he can. An Aquarius man who is playing you will only ever think of himself.

If your Aquarius man only ever talks about himself and never asks about you, he might be playing you. If he outright ignores your needs and makes no effort to make you happy, then he doesn’t care about you.

An Aquarius man who does care will make more of an effort to prioritize you if you say he’s acting selfishly. One who is playing you won’t address any of your concerns.

2. He Never Listens To You

When an Aquarius man cares about someone, he cares about what they have to say! He will listen when they rant and hang on to their every word when they talk about something they’re passionate about.

If you’re in a relationship with an Aquarius man who never listens to you, he’s probably just playing you.

If your Aquarius man loves you and genuinely can’t listen to you for some reason, he’ll let you know. He’ll be honest and tell you he’s busy, and he’ll talk with you or listen to you vent another time.

An Aquarius man playing you might pretend to listen, but it will be obvious he’s not. He won’t remember anything you say, he won’t answer questions you ask him, and he’ll seem uninterested the entire time you talk.

If an Aquarius man refuses to listen to you, there might be ulterior motives behind why he’s with you.

Aquarius men are usually honest, but an Aquarius man playing games won’t care about telling the truth. He might manipulate the truth to get what he wants or even outright lie to you.

If you’re constantly catching your Aquarius man in lies, and he doesn’t seem to care, then he’s playing you!

An Aquarius man who is seeing other women behind your back or trying to hide something else about his life will likely lie to you often. He won’t be truthful about where he is or who he’s with.

A couple of lies or exaggerations won’t be a problem necessarily, especially if he owns up to the lie when called out. If your Aquarius man keeps lying, though, then he’s playing you.

4. You Never Meet His Friends

Aquarius men usually introduce their partners to their friends. They want the people they care about most to meet one another, after all!

If you’ve been together for a while and never met any of your Aquarius man’s friends, that’s a red flag. He might just be playing you, so he sees no point in integrating you into the rest of his life.

If you’ve already met his friends but his feelings change, you might notice that your Aquarius man stops bringing you to hang out with his friends. One of the signs an Aquarius man is not interested anymore is that he’ll distance you from the other people in his life.

If an Aquarius man is testing you, he might wait to introduce you to his friends until you’ve “passed.” If you two have been together for a while and he won’t let you meet his friends, that’s a sign he doesn’t think your relationship is serious.

5. Only Chats When He Wants Something

If your Aquarius man only messages you when he wants a favor, he’s playing you. He knows you’ll give in and do what he wants, so why would he cut you loose?

Aquarius men are incredibly independent people. They will typically do things for themselves, but a selfish Aquarius man might not see any problem with pushing tasks off onto you.

If he’s playing you, he’ll only call when he needs something from you. He might pretend there’s another reason behind the call, but what he wants will quickly become apparent.

If you want to beat an Aquarius man at his own game, don’t give in to him. Turn him down when he asks for favors, or directly call him out on the fact that he only reaches out when he wants something.

If your Aquarius man genuinely isn’t trying to play you, he’ll make a point of calling or texting to chat or to check in on you. If he doesn’t do that, there might be a problem.

If an Aquarius man just wants to hook up all the time and never spend time doing anything else, he’s playing you!

There won’t be a problem with this if you are just in a casual sexual relationship, but if he’s led you to believe there’s more to it, he should want to do more than have sex when you are together.

He’s playing you if he invites you over for something else, then just tries to have sex with you. Be careful if he’s always asking you to come over for dinner or to watch a movie but never follows through with those plans in favor of sex.

An Aquarius man who cares about you will want to do a wide variety of things together. He’ll enjoy just sitting around chatting or going to new bars or restaurants together. Sex will be part of the relationship, but it won’t be the entire relationship.

An Aquarius man pulling away now and then isn’t a sign that he’s playing you all by itself. Being distant and aloof when you first meet is common, but he should stop being so cold once you are together.

An emotionally detached Aquarius man will eventually want to reveal his emotions to you if he cares about you. He knows that forming an emotional connection is vital to making a relationship work.

If your Aquarius man is just as distant months into a relationship as he was at the beginning, that’s a red flag! He likely doesn’t take your relationship seriously and is just playing you.

You can wait for him to become less distant, but it won’t happen when an Aquarius man doesn’t care for you.

If he’s playing you, he’ll always be detached. He won’t tell you how he’s feeling or display the full range of his emotions because he doesn’t want to let you in.

It can take a while for Aquarius men to open up, but it will happen eventually. When an Aquarius man cares about the person he’s in a relationship with, he’ll want to open up to them.

An Aquarius man isn’t playing you if he’s making an effort to open up but just having a difficult time doing so. If you two have been together for a while and he makes no effort, he might be playing games.

Your Aquarius man won’t reveal secrets about himself or be emotionally open if he doesn’t see a future with you. He won’t be vulnerable with you if he’s trying to get something from you and then leave.

9. He’s Never There For You

An Aquarius man in love will be there for his partner whenever possible. If you genuinely need help or support and he’s nowhere to be found, your Aquarius man might be playing you.

Aquarius men can be incredibly loyal partners. They will do their best to be there when their loved ones need them and never abandon someone they care about in an emergency.

If your Aquarius man never wants to support you or help you with anything, he’s likely playing you. He won’t try to show you he cares if he doesn’t plan on sticking around.

There will be times when an Aquarius man who does care can’t be there for you, of course. Nobody is perfect, and everyone gets busy sometimes. When he’s always gone in your time of need, though, that’s a bad sign.

How To Make An Aquarius Man Addicted To You
Hello, I'm Liz