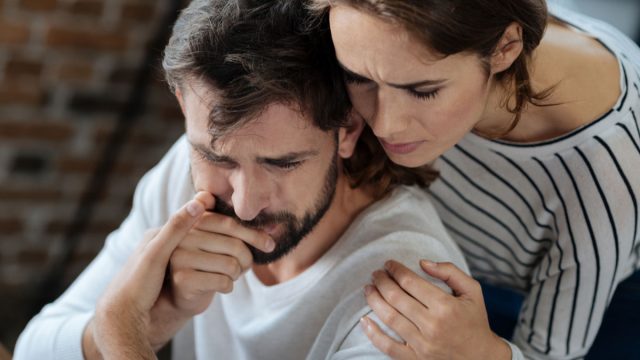 If he’s shy, he’s likely only acting that way around certain people. You might also be mistaking something else for shyness.

Are Taurus men shy? In certain situations, they can be. Shyness isn’t necessarily a key aspect of their personalities, though. Tough, outgoing, and ambitious are key parts of the Taurus personality.

He’s a flirt. He can be a player. He loves to love and he loves sex. He isn’t shy about this at all. If he is shy around a woman, it’s because he’s developing romantic feelings and has a crush.

He may seem shy when he’s really not. He might be in a bad mood. He might just be observing the world around him instead of being social.

Is taurus shy around their crush? They certainly can be. He may act bashful and nervous around somebody he likes at first.

If a Taurus man is stumbling over his words or averting his gaze, he might not be shy. If he seems calmer around you than others, pay attention to that. He might be developing a crush on you.

This is the best way to tell if a shy Taurus man likes you. He might be confident and outgoing with his friends. When he sees you, though, he’ll get tongue-tied if he has a crush.

Pay attention to a Taurus man’s gaze. A shy Taurus might look away or avoid direct eye contact but if he likes somebody, his gaze will constantly drift toward them.

This doesn’t mean that a Taurus is always shy, though. Once he gets to know you better (or gets over the crush), he’ll seem much less shy.

A Taurus man’s eye contact can be downright smoldering when he’s flirting. This definitely doesn’t make him seem shy at all.

Some Taurus men act shy around their crushes but Taurus men are generally quite flirty. He flirts confidently and always seems like he’s having a good time when doing so.

If you’re seeing this side of Taurus, it’s hard to imagine him being any other way. Taurus is full of contradictions in many ways.

If he thinks someone is attractive, he’ll flirt with them. He’ll keep things casual if physical attraction is all there is. If he starts to develop any romantic feelings, though, that’s when his shy side comes out.

Taurus gets a dual reputation. Some say he’s loud and aggressive. Others say he’s laid back and lazy. In reality, he is all these things.

When he’s calm, he could just be relaxed. He might be enjoying the world around him and soaking it all in. If he’s not interacting with people, it’s not because he’s shy. It’s because he’s just appreciating the beauty around him.

A calm Taurus man might also be hiding his feelings. If he’s feeling angry, sad, nervous, etc. and he doesn’t want people to know, he’ll put on a calm mask.

He isn’t always good at putting on this mask. You’ll be able to tell if he’s actually feeling serene or if he’s just pretending.

A “calm” Taurus man who is trying to hide how he feels will generally avoid people. This isn’t out of shyness. It’s because he doesn’t want anyone to realize how he’s actually feeling.

Taurus isn’t always quiet. In fact, he can be quite loud at times. When he is quiet, some people mistake it for shyness.

If Taurus doesn’t seem particularly social or talkative at a party, it might be because something is wrong. He knows he has a temper and a tendency to be moody. If he’s in a bad mood, he doesn’t want to bring everyone else down.

He’ll be quiet when he’s annoyed. He uses the silent treatment to show people around him that he’s upset as well.

You’ll be able to tell the difference between the quiet nature of a shy person and the calm yet annoyed demeanor Taurus has when somebody has angered him.

Taurus men can be very sweet, especially if they truly like somebody.

There’s a reason Taurus gets a reputation for being a player! He’s a romantic. He can be kind and charming when he wants to be. He likes to woo potential partners.

He won’t shy away from trying to sweep you off your feet if that’s what he wants to do. He’ll romance you and make you feel like a queen.

When a Taurus man compliments you, it comes from the heart. He’s not typically shy with compliments at all!

Seeing a romantic Taurus in his element will show you that he’s not shy at all. Even if other times he does seem shy, he actually knows how to approach people with confidence.

Taurus can be surprisingly patient and level-headed. He gets a reputation for having an explosive temper but this rarely comes out.

People might mistake a Taurus for being shy just because he’s not acting as aggressively as they expect him to.

He is capable of having a calm, rational discussion. He doesn’t blow up over every single disagreement. He’s not always loud or brash.

He’s not being shy just because he’s not being wild or out of control. He’s just in a good mood and there’s no reason for him to be acting aggressively.

A Taurus man’s early dating style might be described as cautious. This isn’t necessarily because he’s shy, it’s because he doesn’t want to be “all in” until he knows he can trust somebody.

Taurus wants to find the one. He wants to be sure he can trust somebody before he commits to them as well.

He will play the field and do so confidently. When he first settles into what could potentially be a long-term relationship, though, he’s going to proceed with caution.

If your Taurus partner went from being wild and charming to being more reserved, it’s because he’s starting to take the relationship seriously.

He’s not just having fun. He’s considering whether or not he wants you to be a permanent part of his life.

Some Taurus men are awkward. Sure, he might be stumbling over his words because he has a crush, but he also might just not know how to act around you.

Taurus comes on too strong sometimes. He knows this! So he might try to overcompensate for that and then he ends up coming across as cold and uninterested.

This is confusing and makes him seem awkward. Is he shy, though? Probably not. He’s just trying to figure out how to correctly interact with you.

If you catch a Taurus man watching from a distance, the best thing to do is show him how you feel about him one way or the other.

When a Taurus man likes a woman, he isn’t always shy! He’s sometimes very forward and he loves to chase after who he wants.

That bashfulness is normally reserved for the beginning stages of a crush. Once he gets to know you, that shyness will fade and he’ll become much bolder.

If his attraction to a woman is only physical, rather than romantic, he’s much less likely to be shy. He’s just going to have fun trying to woo her.

He enjoys having to go after a woman. He will back off if she’s legitimately not interested and he’s not that invested in her.

However, if she’s giving any “signs” that she likes him back and is just playing hard to get, he’ll have a great time chasing after her.

Knows What He Wants

A Taurus man’s communication style is straightforward and often blunt. He knows what he wants going into a conversation. He’s not going to beat around the bush or waste words when he doesn’t need to.

He knows what he wants in life as well. He typically has a good idea of exactly what he wants out of a relationship and exactly the type of person he’d like to settle down with.

When a Taurus wants something, he goes for it. He is bold, confident, and assertive. He does everything he can to make sure he gets what he wants.