10 Signs a Scorpio Man is Serious About You 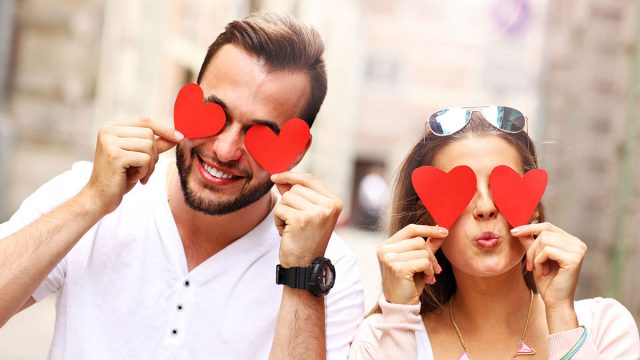 When you know the signs that a Scorpio man has feelings for you, you’ll know you’re not wasting your time.

How does a Scorpio man show love? When it’s serious, he will make it obvious that he likes you. When he’s just playing around, you’ll be continually left in the dark.

Understanding a Scorpio man is the key to knowing when he’s serious about a relationship with you. He will put all of his focus on you.

Even at a distance, you’ll know he’s watching you. The truth about a Scorpio man is that he can be quite determined when he wants someone.

1. He Subtly Stalks You

A Scorpio man’s ideal woman is intelligent, charismatic and mysterious. He knows a good woman when he finds her and will go to great lengths to keep you in his sights. He may even go overboard.

Scorpio men are known to be voyeuristic and he may watch, or even lowkey stalk, you from a distance. What attracts Scorpio men is the chase, which he can be excited by.

If he goes through the effort of pursuing you, you know he’s serious. He doesn’t waste time with women he’s not interested in. This is especially true if he spends time pursuing you in nonsexual ways.

When he chases you it’s obvious to see he likes you. But also look for signs he’s following your social media activity. Scorpio men love to lurk in the background, watching you from a distance.

2. He Helps Your Career

What a Scorpio man wants to hear is that you’re ambitious and successful. He also loves to help you rise to great heights in your career. When he helps you improve your resume or refers you to a new business contact, he’s interested in you.

Otherwise, Scorpio men can be competitive and aren’t ashamed to admit they want others to fail so they can succeed. When he actually helps you succeed, he’s signaling he sees you as an ally, not a threat.

A Scorpio man is serious about you when he makes the move to get involved with your career. When he wants to network with you or on your behalf or when he invites you to meet with his high status friends.

When he shows respect for your work or business, it’s a sign he is interested in having a future with you. He wants you to be successful because your success makes him feel elevated.

A Scorpio man’s personality is intense and mysterious, he can be like a predator pursuing his prey, cautiously waiting and watching for the right time to make a move. He doesn’t suffer fools, but he is patient in pursuit of a woman he loves.

When he’s serious, he’ll be patient with you and wait for years for you to become available and interested in him. When he’s not serious about you, he’ll have a lackadaisical attitude and may become restless when he doesn’t get what he wants.

He’ll patiently wait for you to leave your boyfriend, finish school, make a career move so that he can build a future with you. Yet if he seems grouchy, irritable and easily frustrated it can be a sign he is not interested in you.

Understanding the Scorpio man in love requires riding out his many moods. He flirts when he’s interested, but this alone can be deceiving. He flirts to be sexual and even to be friendly as well.

Yet when his flirtation is combined with other signs, it’s a sure way to know he really likes you. When a Scorpio man is interested in you, he will also flirt with you in a different way. You’ll recognize a more authentic tone.

He won’t be as sexual. Instead he’ll be more charming and flattering. He’ll flirt in romantic ways rather than by being strictly sexual and superficial. His Scorpio man traits will give away his intentions.

5. He Contacts You Constantly

When a Scorpio man is serious about you he will want to be in touch with you repeatedly. This helps him assuage his insecurities. He can be possessive, so texting and calling constantly helps him feel in control.

He will expect you to respond to him quickly but even when you don’t it will keep his passions aroused. He will go overboard texting you constantly and will frequently ask what you are doing.

When he is serious about you, he may even text you on a daily basis to make sure his is the first message you receive every day when you wake up and the last thing you see before you go to sleep.

You may see him occasionally go quiet, but if he’s serious about you he’ll act like a boomerang. He’ll be quiet for a while then come back in full force, texting and calling frequently.

One of the less flattering signs a Scorpio man is serious about you is when he shows his jealous streak. He has a jealous side and will become furious if he thinks you’re paying too much attention to someone else.

You may mention a male colleague and your Scorpio man’s face will become stern. Even if he doesn’t outwardly say anything, you’ll see his eyes change. He’ll become angry or insecure.

If you mention your ex or speak too highly of a male friend he will become defensive. He may try to compete with your friend to show that he is stronger, better looking or more successful.

A Scorpio man will automatically assume that you are serious about him as well. He follows an unspoken set of rules, and assumes that you do, too. He demands loyalty when he’s serious about you.

You may be casually dating and he’ll act like you’re married. He may become intensely focused on you and expect you to put him as your highest priority as well.

He won’t tolerate disloyalty or deception in any form. He needs to feel like you are completely faithful and will act like you’ve betrayed him even if you innocently flirt with another man before you’ve become exclusive.

Scorpio men want to be tough guys. They want everyone to see them as strong and impenetrable fortresses. A Scorpio man will go to great lengths to hide his vulnerability. Except when he’s serious about you.

When he starts to fall for you, a Scorpio man will realize he has to become vulnerable or else you may leave him. He will start to show you a softer side of himself. This can be endearing.

Your Scorpio man will start to take risks that he wouldn’t take before. He’ll trade in the snarky smile for a more sincere, authentic and soft demeanor. He will start to talk about his deeper feelings and take a chance on becoming more open.

9. He Invests in You Financially

Scorpio men are concerned about power, wealth and security. When he loves you and is getting serious about you, a Scorpio man will try to invest in you financially. He will become interested in supporting your financial interests.

This is partly because he sees your successes as his successes. He will invest in your financial growth because your high status will help his public image. If you’re wealthy and successful, he will feel successful by proxy when you’re with him.

He’s not using you for your money, but he will become interested in making sure you are financially stable. Scorpio men also like to show their love through financial and materialistic gestures. He may give you trading advice.

He may become interested in your financial foundation. He may also give you valuable gifts. To a Scorpio man, one of the best ways to show love is to give a gift that has high value. When he takes you to a five-star restaurant, it is a gesture of interest.

When he gives you an exclusive piece of jewelry or high quality gift of some kind, a Scorpio man is investing his money in making you happy. He’s not overtly trying to buy your love, but sometimes he doesn’t know the difference.

He may genuinely think that the best way to your heart is to prove himself to you by spending a lot of money on you and also helping you to acquire more wealth and status.

10. He Tells You Secrets

When a Scorpio man is really getting serious about you, he’ll do something he seldom does. He’ll reveal his secrets. This is a litmus test for a Scorpio man. When he starts to test you, he will reveal less important details of his life. He’ll wait to see if you keep his secrets.

If you do, he’ll start to open up on a deeper level. He will start to share his more serious secrets and personal details with you. Scorpio men are both exhilarated and insecure about sharing secrets. He bonds through revealing secrets but also fears betrayal.

When he shares information about his past traumas and hardships or secrets about his life, he is expecting you to keep his confidences and share your own secrets as well. This makes him feel more connected to you.