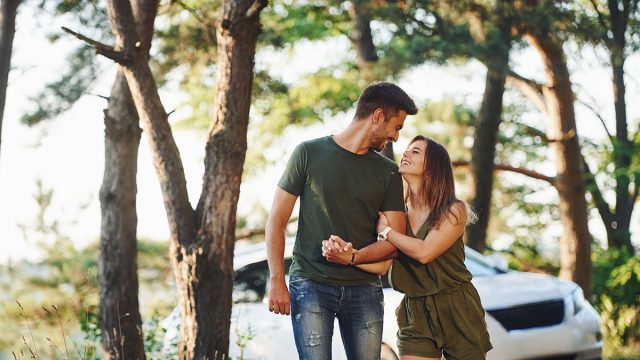 What sign is September 28? People born on this day are born under the sign of Libra. This is at the beginning of Libra season.

People born today tend to have many stereotypical Libra traits. They are incredibly indecisive. They are also socially aware and passionate about justice.

The September 28 zodiac sign is Libra. Libras born on this day are in the first decan, so they have Venus as a ruler and no subruler. They are especially attracted to beautiful things because of the influence of Venus.

These Libras thrive when they have a cause to stand up for. Fighting for justice can help them feel better when they feel down or like things are out of control.

When these Libras feel unstable, things can get tense. Fortunately, they can learn how to channel that nervous energy and use it for good.

The September 28 horoscope can be a little out of control at times. Libra can be flakey and indecisive, and they will often feel at odds with themselves.

Libra is a social butterfly and can also be a people-pleaser. They want balance, and that quest for balance can sometimes lead to them trying too hard to make everyone around them happy.

These Libras are passionate, and they genuinely want to help people. They sometimes miss the mark, but that doesn’t stop them from trying.

Sometimes, Libra can seem pushy or unstable. They will be able to overcome their negative traits when they can learn how to better connect with themselves and stop focusing on others so much!

The life purpose of a September 28 Libra is self-discovery. Libra is a vibrant, exciting person. They are creative and expressive. They just need to learn how to express themselves how they want to, not how others want them to.

Libras want to please everyone, but they usually need to learn that isn’t always possible. If they are living for themselves and doing what they think is right, that will inevitably offend or upset people who think differently.

The purpose of these Libras is to find what pleases them, not what pleases other people. That’s the only way they will ever be able to be truly happy.

These Libras also need to learn how to open up more emotionally. They are friendly and pleasant, but they need to learn to form genuine bonds with people.

The September 28 personality is a passionate one. They are always ready to stand up for what they believe in, even if it can be difficult.

There is sometimes a struggle for Libra between defending their beliefs and pleasing the people around them. When Libra genuinely cares about something, standing up for it will always win.

These Libras are socially aware. Justice is important to them. They notice injustices in the world and genuinely want to fix them, no matter how difficult that can be at times.

Even if Libra can seem emotionally distant, they will show you that they genuinely care by standing up for you when you need them.

The Libra personality can be all over the place at times. They want people to like them. That sometimes leads to them appearing two-faced or insincere.

Negative Libra traits that people born on this day have are instability and a tendency to push boundaries.

Libra might seem perfectly pleasant and polite one minute, only to snap when things overwhelm them.

After snapping, they’ll calm down and pretend nothing happened! It can be frustrating dealing with the emotional whiplash of a Libra sometimes.

These Libras have trouble expressing their genuine emotions as well. They prefer to appear happy and pleasant, pushing down sadness or frustration. Eventually, those emotions will explode.

The best match for Libras born on this day is Sagittarius. The other fire signs, Aries and Leo, also make excellent matches.

Aries and Leo are excellent matches for Libra because they are action-oriented. Libra enjoys being around people who will go out and make the world better, not just talk about it.

The worst matches for Libra are Capricorn, Virgo, and Taurus. Libra tends to find earth signs too dull and will not usually stick with them for long.

Libra is good at communicating. They are well-spoken and tend to be eloquent, though not in the same way Virgo is eloquent.

Libra is considerate and polite. Their speech may seem smooth and spontaneous, but they carefully consider every word that comes out of their mouth. Libra hates saying the “wrong” thing.

Libras born on this day are incredibly passionate when they speak. You’ll be able to tell when they care about what they’re saying because they will light up in a way they don’t when talking about other topics.

Libras tend to be very attractive and charming. They have a natural magnetism that draws people in, regardless of their physical features.

Libras are good at drawing other people to them. They will have no trouble flirting or showing interest when they are attracted to someone.

The influence of Venus means that Libra loves beautiful things and beautiful people. They don’t all have the same idea of what beauty is, though. Libras can be attracted to a wide variety of people.

Libra tends to be a flirt. They have no trouble expressing interest in people, whether they are just attracted to them physically or not.

Libra is romantic, and this is especially true for first decan Libras. They love going on cheesy dates, so you can easily win their hearts by taking them to a fancy restaurant or going for a romantic stroll on the beach.

Dating these Libras can be fun because you can go all out without worrying about them getting the wrong idea. If you are trying to have a good time, they won’t think you’re serious about them unless you say you are!

Libras enjoy just dating around and having a good time. They might want to settle down and find the one eventually, but they won’t mind if you’re dating them for fun.

Libra is passionate, and they can love deeply when they fall in love with someone. It can just take them a while to fall in love.

Libra sometimes suppresses their genuine emotions, and this is true for Libras born on this day.

It can take Libra a while to figure out whether or not they are genuinely in love with someone. They sometimes just like the idea of being in love, and that can cause some confusion for them.

Libra’s love language is usually words of affirmation. Libra is social and well-spoken, so it makes sense that they use their words to express how they feel about others.

It’s essential to be clear about your intentions for a relationship with these Libras. If you don’t explicitly state that you want a monogamous, committed relationship, they might assume you two are casually dating!

Libra can take relationships seriously. It just takes them a while to genuinely connect with people. They might want a relationship, but settling down can take some time.

Some of Libra’s characteristics can make marriage difficult, but that doesn’t mean you can’t have a good marriage with Libra.

Libra can be highly indecisive. They might have a hard time deciding whether or not they want to marry someone, even if they genuinely care about them.

Some Libras are torn between the romantic idea of marriage they have in their head and the actual realities of marriage. They might want to get married because the fantasy seems good, but they know it won’t be like that.

It’s usually a good idea to date Libra for a while. Take the time to get to know them first before proposing marriage.

Libra’s passionate, people-pleasing nature comes out in the bedroom! They tend to be excellent lovers.

September 28 Libras can sometimes be a little pushy, but they will still ensure that they please their partner in the bedroom.

Libras can be all over the place sexually. They want to satisfy their partners, but they also won’t just sit back and let them have all the fun.

Sex is one of the reasons Libras pair so well with fire signs. Adventurous Sagittarius or energetic Aries are great matches for Libra in the bedroom.