How to Seduce a Libra Man in 10 Easy Steps 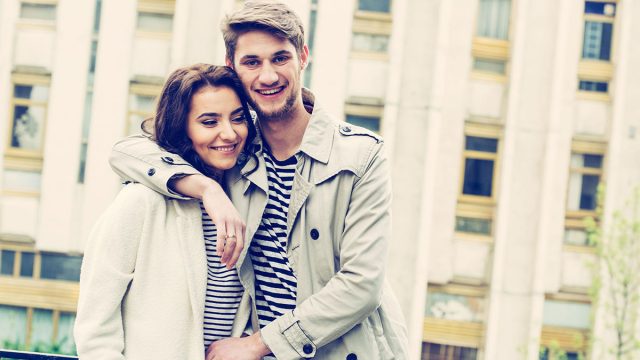 It’s easy to seduce a Libra man once you understand his personality. You may see signs a Libra man is trying to hide his feelings.

When you act seductively, you’ll get him to reveal his desire for you.

When a Libra man is interested in you, he may still hold back. He’ll flirt but then act distant. You’ll have to do some work to seduce him.

If you do this, he’ll start to reveal his desires and may realize how deep his passions run. He’ll stop hiding his feelings and pursue you. You have to know how to entice him.

What does a Libra man look for in a woman? He looks for a woman who is the perfect balance between romantic and seductive. He’ll succumb to your efforts.

1. Leave More to His Imagination

When you want to know how to get a Libra man to chase you, remember that he is an idealist. He loves to create fantasies in his mind. The more you let him imagine your plans for intimacy with him, the better.

If you’re wondering how to text a Libra man, remember less is more. Seduce a Libra man by leaving him guessing and not revealing too much. Let him use his imagination. He will daydream about the hints you’ve given him.

When you leave more to his imagination than you reveal, you’re doing yourself a favor. His rich fantasy life can complete the seduction that you begin when you hint at your desires and passions. Don’t complete the picture for him, let him do the work.

If you know how to handle a Libra man, you know how important appearance can be. He’s not superficial, yet Libra men are seduced by a woman’s experiences. Be mindful of the image you want to convey to your Libra man.

Don’t be too revealing at first. Flaunt your best features and dress to draw attention to your natural curves or most flattering features. A Libra man doesn’t want to be distracted by your makeup or dress.

Even his sense of touch is connected to your appearance. You can seduce a Libra man by making sure he’ll have soft textures to touch. Dress your best but also be sure you are comfortable and that your clothes are breathable.

Even a Libra man in bed will be seduced by a woman who has a way with words. Word games, double entendre, and witty flirtation all are ways to seduce a Libra man. He’ll be thrilled when you tempt him through seductive texts.

When you know all the right words to use, you can push all the right buttons and seduce your Libra man. You can entice him through your reference to intimacy. Be seductive but balance this with being high class.

If you see signs a Libra man is not into you, you can try to seduce him through your intelligence and the power of your words. This may give him a change of heart.

When you see signs a Libra man secretly likes you, you may feel encouraged to seduce him. Libra men are the artists of the zodiac. They are visually oriented. If you want to seduce a Libra man, stimulate him visually.

Create a seductive scene. When you’re tempting a Libra man, be conscious of your facial expressions. Seduce him with eye contact and deep, enticing gazes. Practice your seductive look in front of the mirror to help you prepare.

If you can’t be with your Libra man in person to practice these seduction techniques, seduce him with selfies. Vary your approach. Choose some pictures that are playful and sweet.

Send others that are more suggestive, but make these the exception rather than the rule. If you really want to seduce a Libra man from a distance, make him guess at what you’re wearing or doing.

Your goal is to entice him without giving away too much too soon. You can seduce him just as much with a photo of yourself sweating after a workout (but still looking your best) can be exciting to him.

6. Be Romantic and Playful

Libra men like balance. If you’re too heavily into seducing him, he may back down and become overwhelmed. Instead, try balancing your seduction with playfulness.

Be romantic and have fun seducing him. Make him laugh and laugh along with him. Make seduction a game. For instance, you can playfully undress or undress your Libra man. You can also try seducing him by making subtle sexual references while enjoying a romantic date.

7. Avoid Being Too Emotional

Some women think that seduction and emotion go hand in hand. If you think that seducing a Libra man involves pouring your heart out to him and telling him how much you love him, think again.

Such displays of emotion will overwhelm and scare a Libra man. He has no interest in such dramatic displays of vulnerability. This is often confusing, because he can be so sensitive and romantic.

It seems only natural that the next step in seduction is to open your heart and share his emotions on a deeper level. But when you start to do this, don’t be surprised if it seems like you suddenly hit a wall. Libra men don’t like displays of emotion.

He would rather be seduced in a light, playful and fun way than through a display of emotional vulnerability. When you seduce a Libra man successfully, he’ll reveal emotion to some extent. Try to accept his emotional boundaries.

Show him your interest and passion, but don’t expect a Libra man to be able to cope with your deeper emotions. If he starts to turn cold, you may be pushing too many emotional buttons at once.

The more sensual you are, the more you will entice your Libra man. Wear soft, seductive clothing. Use a lotion with a light, enticing scent (and let him watch you apply it). Practice using a sensual voice.

Let him fully immerse himself in his senses when he is around you. Give him something exciting to watch, hear, smell, feel and taste. Bring out the sensual side of your Libra man.

The more you can appeal to all of his senses, the more you’ll have him enthralled with you. He will feel overwhelmed by his desires and will set aside his cautious nature.

A Libra man whose senses have been triggered will be more likely to give in to his passions. He doesn’t have much willpower when he’s in the presence of a beautiful woman. Libra men love to be engaged sensually.

Libra men are easy to seduce, but you have to be careful. They are prone to boredom. Don’t use the same tactics again and again. Get creative. Tempt him in surprising ways.

Use your artistic or creative abilities to seduce your Libra man. Play seductive music when you’re at home with him. Invite him out dancing or dance for him. Cook a decadent meal with him and tease him in the process.

The more you can draw on your creativity in the seduction process, the better. This will ensure that he’s fascinated by you and that he doesn’t get bored.

One of the most alluring things you can do to seduce a Libra man is to not be so available. Play hard to get. Let him chase you. Don’t let him think you’re waiting for him to show up.

Instead, let him know you are elusive. If you are a mystery to a Libra man, his imagination will kick into gear. He’ll help you seduce him by visualizing the chase and then pursuing you.

Make him work for the relationship. Drop hints and give him clues, but then let your Libra love interest do the work. Play coy at first and don’t let him know how interested you are in him.