How to Seduce a Cancer Man in 10 Easy Steps 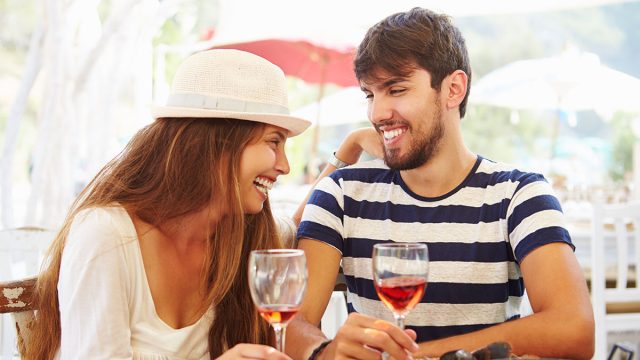 If you want to seduce a Cancer man, first you have to know what he wants in a woman.

The typical Cancer man’s personality is shy and mysterious, so it can be difficult to know how to entice him.

No matter how guarded he may be, there are ways to lure a bashful crab out of his shell.

Whether you are looking for a committed relationship or a one-night stand, there are a few steps you can take to mesmerize a Cancer man.

By looking at his zodiac sign’s personality traits, you can figure out how to turn him on and make him want to ravish you.

1. Make Him Feel Comfortable with You

Although a Cancer guy will enjoy the occasional one-night stand or casual hookup, sex is always more fun for him when there are feelings involved.

He prefers to get to know his conquests at least a little before making his way to the bedroom. He first needs to have a mental or emotional connection with you to have a physical one.

If you want to know how to make a Cancer man want you, you’ve got to make him feel comfortable with you first. Show him that he can let his guard down and trust you before making a move.

If he says things like, “I feel like I’ve known you my entire life,” or, “I just feel so at ease with you,” then you will have him eating out of the palm of your hand in no time.

Some signs of the zodiac love the thrill of the chase in romantic relationships and enjoy a challenge when it comes to getting someone else into bed.

There are signs that thrive on competition from other men and love it when a woman plays coy and hard to get.

But a Cancer man isn’t one of those signs and he gets insecure when he sees other guys competing for the object of his affection.

If you want to know how to get a Cancer man to chase you, don’t try to make him jealous or toy with his emotions. It will only make him retreat and you will end up going home alone.

To lure your Cancer guy, separate yourself from the crowd. Don’t always be surrounded by a gaggle of girlfriends and don’t flirt with another man in front of him.

If you want to make him feel secure and encourage him to make a move, you have to get some time alone with him and let him know that you are interested.

You might not even know it when a Cancer man has a crush on you because he is so guarded that he has to be certain you will return his affection before he will make a move.

You can try to make him comfortable enough to seduce you, but if he is still shy, don’t be afraid to make the first move on him.

Cancer men like women who are assertive and go after what they want. He will appreciate you taking the pressure off of him by being the aggressor.

Brush his hair sensually back from his face, tell him you can’t stop thinking about him or lean in with your eyes closed for a kiss.

Don’t be afraid to show him how much you want him, because he could be feeling the same way and is just too nervous and self-conscious to say so.

The tricky thing about seducing a Cancer man is that although he loves when a woman makes the first move, he wants to be the dominant one in the bedroom.

Cancer men want women to approach them and flirt with them, but behind closed doors, they like to be the ones in charge.

This doesn’t mean that a Cancer guy will never take a submissive role or that you have to let him have all of the control between the sheets.

But you should know that as much as Cancer men like strong, assertive women, they also don’t want to be emasculated or controlled.

Let your Cancer man know how much you want him and how much he turns you on, but when you make it to the bedroom, let him take control.

5. Whisper in His Ear

Cancers are very emotional and love to talk about their feelings. In the bedroom, this translates into a love of pillow talk and dirty talk.

To drive your Cancer man crazy when you’re in public, stroll up to him seductively, wrap your arms around his neck, and whisper something sweet and sexy in his ear.

If you’re at a crowded bar or house party, say something like, “I can’t wait to get you home and be alone with you.” If you’re already at his place, you could whisper, “Let’s move to the bedroom, shall we?”

After sex, you can keep the connection going by engaging in a cute cuddle session, complete with spooning and pillow talk.

You don’t have to talk about anything too serious or personal if you’re not comfortable. Tell him how hot you think he is, how fun he is to be around, and how much you enjoy your time with him.

If you want to know what to wear to attract a Cancer man, keep your style feminine and flirty, but conservative.

A Cancer guy likes when a girl dresses like a classy lady but shows just enough to prove that she is a woman.

If your dress is skintight and hugs your curves, make sure that it covers your skin. If you bare a lot of flesh, then let the rest of your garment drape loosely on you.

When it comes to underwear, Cancer men like super feminine lingerie. He loves the way a woman looks in soft, girly colors like pink, yellow, and white.

Go for cute, sweet lingerie sets made of frills and lace rather than chains and leather. A silky teddy is more likely to turn him on than something with complicated straps and fasteners.

Although a Cancer man may enjoy the more adventurous stuff later on in your relationship, stick to the basics and keep it simple when it’s your first time seducing him.

There is more to seducing a Cancer guy than knowing the right thing to say or how to dress.

If you want to know how to make a Cancer man happy sexually, then you’ve got to create a romantic environment for his seduction.

Cancers are very sensitive to their surroundings, and they have a harder time relaxing and enjoying sex if they are in a messy, uncomfortable room.

If you are going to seduce a Cancer guy, do your best to set the mood. Make sure the room is clean and all distractions, like your phones, are put away.

Light some candles, play romantic music, and put fresh, clean sheets on the bed. You could even use some scented massage oil to stimulate all of his senses.

Your Cancer guy will appreciate your effort, and being in such an alluring environment will make your job seducing him that much easier.

Looking and finding love with a Cancer man doesn't have to be impossible! Here's how...

8. Bring Food into the Bedroom

The way to any man’s heart is through his stomach, and this is especially true of a Cancer man.

Each sign has a correlated body part of particular importance, and one of the body parts for the Cancer sign is the stomach.

If you want to know how to attract a Cancer man and keep him, give him a sexual experience he’ll never forget by bringing a sexy snack into the bedroom.

Food play isn’t for everyone, and you don’t need to bring a plate of spaghetti into the bedroom and rub it all over your Cancer man (in fact, please don’t do this).

You don’t need to serve a five-course meal in bed. Keep it simple and sexy by bringing a can of whipped cream, chocolate-covered strawberries, or a couple of glasses of champagne into the bedroom.

If food and sex aren’t a winning combination for you, you could try serving him coffee or breakfast in bed the morning after your steamy hookup.

9. Touch Him as Much as Possible

Touch is one of a Cancer man’s most important love languages, so if you want to know how to attract a Cancer man, don’t be afraid to show him affection.

Play with his hair, massage his shoulders, or hold his hand to show him that you’re into him.

When he feels your skin against his, it makes him feel loved and secure. He’ll become curious about what it would feel like to have other parts of yours touching him, too.

10. Focus on His Chest and Stomach

Besides the stomach, the other body parts related to the sign of Cancer are the stomach and chest.

If you want to know how to keep a Cancer man hooked, pay extra attention to these areas when you’re seducing him.

For example, you could lightly touch his chest to make a point when you’re flirting with him, or lick your way down his stomach when you’re in bed.

You can also accentuate these parts on yourself by wearing a push-up bra or a top that shows off your bare chest and collarbone.

Playing up his favorite body parts is a sure way to make him crazy for you and keep him coming back for more.