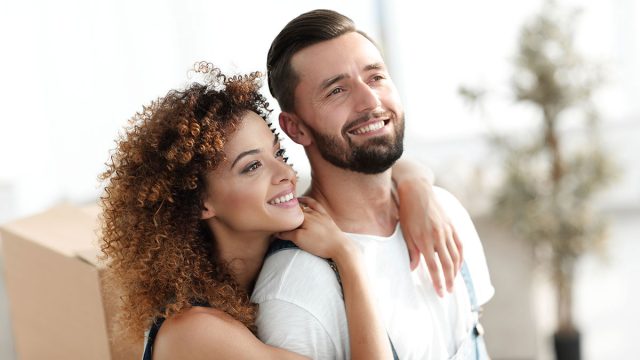 If you’re curious about the typical Scorpio man Virgo woman friendship, you need to look no further than their zodiac signs to determine compatibility.

What can the stars tell you about their companionship?

Some zodiac signs are innately more compatible than others based on the quintessential characteristics of the signs.

So, is a friendship between Scorpio and Virgo possible, or are they more likely to be enemies?

By learning more about their star signs’ typical traits and behaviors, you will have a better understanding of the Scorpio man and Virgo woman friendship dynamic.

When you want to determine the friendship compatibility of two signs, you must consider their emotional tendencies.

Virgo and Scorpio are opposites when it comes to how they feel and express their emotions, but this isn’t necessarily a bad thing.

Opposites can attract, and with a Virgo and Scorpio friendship, their emotional differences can either draw them together or tear them apart.

Some of the typical Scorpio traits are sensitivity and sentimentality. Although he tries to act tough, a Scorpio man is secretly very gentle and vulnerable.

He experiences his emotions profoundly, so he’s sensitive to other people’s feelings, too. He is careful not to hurt his loved ones and he is very attuned to their emotional needs.

A Virgo woman is loving and nurturing, but she isn’t very sentimental or emotional. She is practical and logical, and she’s not in touch with her feelings.

A Virgo woman will have to take great care not to hurt her Scorpio friend’s feelings. She isn’t bothered by the same things that upset him, so she will have to be vigilant if she wants to avoid distressing him.

Besides emotional compatibility, having similar values can help boost any friendship.

Virgos value careers, work ethic, systems, structure, and routine. They believe helping others and working in a position that serves others is important.

A Virgo woman’s compatibility with any friend depends on their friend’s willingness to work hard and help other people. A Virgo can’t be friends with someone lazy and selfish.

A Scorpio guy values relationships, so even though he can be quite selfish at times, he is generally willing to make sacrifices for others to maintain his friendships.

Like Virgo, Scorpio is a hard-working sign. Scorpios are highly ambitious, and they know they won’t achieve their goals without putting in the effort.

A Scorpio guy is strict and disciplined, but a Virgo woman is even more so. He admires these qualities in his friend, and she likes that he appreciates her self-control.

The values of Scorpio and Virgo may not be identical, but they are similar enough to give these two signs mutual respect and a solid foundation to form a friendship.

Communication is crucial to any friendship because if two friends can’t express themselves to each other and feel understood, it can lead to arguments and hurt feelings.

If you’re wondering, “Why are Scorpios attracted to Virgos?” It’s because Scorpio can communicate with Virgo more easily than many other star signs.

A Scorpio man’s communication style is complex. He can be persuasive and clever with words if he wants to manipulate someone.

But if he isn’t trying to get something, he is brutally honest and blunt, despite his innate sensitivity. He can sugarcoat his words when he feels like it, but he doesn’t always bother.

He engages in a lot of non-verbal communication, such as reading body language and facial expressions.

He expects others to be as observant and intuitive as he is, but most of the time he is let down by others who aren’t as sensitive as he is.

The Scorpio friendship compatibility with Virgo is so strong because Virgos are excellent communicators.

Virgo is guided by Mercury, the planet of communication and intellect. Her ruling planet blesses a Virgo woman with exceptional intelligence and communication skills.

She might not be as sensitive and intuitive as a Scorpio man, but she is highly observant and pays close attention to details.

If one method of communication is failing, she will figure out another way to get through to her Scorpio friend.

Like Scorpio, Virgo is a harshly honest sign. But Virgos can’t lie or sugarcoat words because they aren’t as manipulative as Scorpios.

A Scorpio man appreciates his Virgo companion’s honesty. Trust is of the utmost importance to him in any relationship, and he knows he can count on his Virgo friend’s honesty.

It’s important for two people to have similar social expectations and habits if they want to become good friends.

A Virgo and Scorpio friendship is strengthened by their similar social needs. Both of these signs tend to be introverted, so they need plenty of quiet time at home alone to relax.

When a Virgo woman is feeling overwhelmed by a crowd or wants to leave a party early, her Scorpio friend will gallantly escort her home because he prefers quiet and privacy, too.

Both of these zodiac signs make devoted, loyal friends, so Virgo and Scorpio know they have each other’s backs at all times.

But a Scorpio man might crave more emotional intimacy from his Virgo friend than she is willing or able to provide.

A Scorpio man keeps a tight circle of friends that he knows very well. He needs his friends to tell him their secrets so he can feel close to them.

He would rather have a few strong, long-lasting friendships than a lot of casual acquaintances.

A Virgo woman is very guarded, and she also lacks the emotional depth a Scorpio man is looking for. She is more cerebral than emotional, so the feelings simply aren’t there to share with him.

This can frustrate a Scorpio man and make him feel like his Virgo pal is holding out on him. Even when she tries to let her walls down, it won’t be enough to satisfy a Scorpio man’s need for intimacy.

When we want to predict friendship compatibility, we need to examine the personalities of the two zodiac signs and determine how well they get along based on their traits.

A Scorpio guy is romantic, seductive, mysterious, and complex. He yearns to find the love of his life and settle down with her, but he has a lot of other goals he wants to accomplish, too.

Some of the typical Virgo traits include being honest, nurturing, cautious, and rational. She guards her heart fiercely and won’t open up to just anyone, and she tends to put practical matters before love.

A Scorpio man could be the perfect person to break down his Virgo friend’s emotional walls and help her let people in more.

He is similarly guarded, but he understands the payoff of being vulnerable with someone is getting to form an intimate connection with that person.

In exchange, the Virgo woman can help her Scorpio man gain more control over his emotions, which is something he struggles with but hopes to master.

Looking and finding love with a Scorpio man doesn't have to be impossible! Here's how...

When it comes to Scorpio’s traits, a negative one is his need for dominance. A Scorpio man enjoys having control over others, while a Virgo woman’s controlling tendencies apply more to her fastidiousness and attention to detail.

She wants everything to be perfect, or at least just the way she likes it. A Scorpio man isn’t as meticulous as she is, but he likes having authority over other people.

In general, a Virgo woman is more laid-back and accommodating than a Scorpio man, so she will probably let him be the dominant one in their friendship most of the time.

But if he does something to disturb her routine or intentionally messes up her carefully laid plans, she won’t be so willing to compromise with him.

While Scorpio and Virgo have a lot of things in common, they also have some key differences. Some of these differences can bring these two signs closer together, while others have the potential to tear them apart.

One of the differences that makes these friends compatible is that a Virgo woman is more willing to compromise and accommodate others than a Scorpio man.

He cares about other people’s needs, but he also likes to have things his way. He needs a friend who will work around him and let him do as he pleases.

A Virgo woman is easy-going in friendships, so she won’t mind when her Scorpio pal is being stubborn and bossy.

One of their differences that can cause some friction is their approaches to sexuality. Scorpio and Virgo have opposite views of sex.

Scorpio’s symbol is the scorpion, which tells us that a Scorpio man can be dangerous and deadly when he wants to be.

Scorpio is also known as the sexiest sign of the zodiac and, combined with his scorpion symbol, it’s clear that a Scorpio man can be a bit of a womanizer.

Virgo is one of the only zodiac signs that doesn’t have an animal symbol. A Virgo woman is far too refined to have a creature represent her.

Virgo’s symbol is the virgin, which conveys the innocent and naive nature of a Virgo lady. She is very guarded when it comes to sex and can even be a bit of a prude.

These two friends have clashing views of sex, and they might get into arguments over how they treat their lovers or approach casual sex.