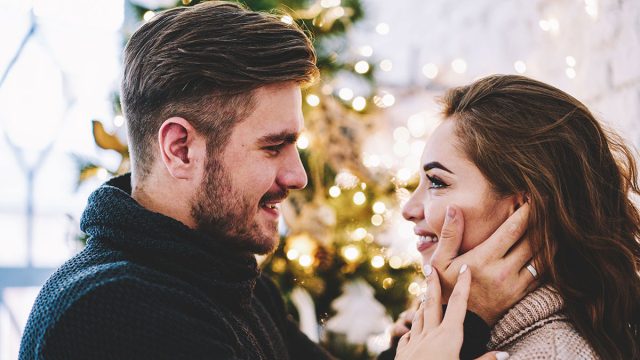 If you are part of a couple belonging to these two zodiac signs, you might be curious about the Scorpio man Taurus woman relationship compatibility.

What do the stars have to say about this match?

Astrology can tell you everything you need to know about the compatibility of two people.

So, are a Taurus lady and a Scorpio guy a romantic match made in heaven, or would they be better off as friends?

By gaining a better understanding of their zodiac signs’ typical traits and behaviors in love, you will be able to predict Scorpio and Taurus’ relationship compatibility.

Before these two zodiac signs can fall in love and start a relationship, they have to meet and form a connection first. At Scorpio and Taurus’ first meeting, they will likely be attracted to each other instantly.

Scorpio is a very intuitive star sign, so a Scorpio guy knows right away whether or not he has the potential to fall in love with a woman he meets.

A Taurus woman isn’t very intuitive, but she’s extremely romantic. She likes being in a committed relationship, so if she meets a Scorpio guy when she’s single, she will automatically view him as a potential partner.

The Taurus-Scorpio magnetic attraction is instant and undeniable. A Taurus lady is usually too practical to believe in love at first sight, but with a Scorpio man, she can’t help herself.

The Scorpio guy will be intrigued by the Taurus woman’s cool and calm exterior, while she will be drawn to his mysterious, complex nature.

It won’t be long after they first meet that these two try to spend some time alone to get to know each other better.

The more they learn about one another, the more their feelings will grow and a romantic relationship will develop quickly and naturally.

A Scorpio man and a Taurus woman have dissimilar but complementary communication styles.

A Scorpio man communicates intuitively. He picks up on little signals that most others miss, like facial expressions and body language.

He has an almost psychic ability to tell what other people are thinking and feeling, but he doesn’t understand why everyone else doesn’t possess this talent.

He expects others to read his mind and mood the same way he does for everyone else and is often left disappointed.

A Taurus woman isn’t very intuitive, but she is quite physical when it comes to communication. She expresses her thoughts and feelings through touch, and her body language reveals more than her words.

A Scorpio man is the perfect partner to read a Taurus woman’s non-verbal cues, and she loves how he can always tell what’s on her mind without her having to say a word.

Both of these signs are honest to a fault. They can both be brutally truthful, especially with their loved ones.

But Scorpio is a very sensitive sign, so a Scorpio guy is able to hold back thoughts and opinions that might hurt someone else’s feelings when he wants to.

The drama between Scorpio man and Taurus woman arises when a Taurus woman inadvertently says something to hurt her Scorpio guy and he retaliates by saying something intentionally cruel.

When Taurus and Scorpio fight, it starts with a misunderstanding or a minor disagreement and swells into a long battle of wills.

Neither of these signs likes apologizing or admitting wrong-doing, and they can both hold grudges for eternity.

Scorpio and Taurus have opposite emotional tendencies. A Scorpio man is very sensitive and vulnerable, while a Taurus woman is stoic and reserved.

Both of these signs are quite guarded and dislike opening up emotionally to others. They view vulnerability as a weakness, and they never want to appear powerless.

But as hard as he tries to hide his sensitive nature, a Scorpio man can’t help but wear his heart on his sleeve.

When a Scorpio man falls in love with a Taurus woman, he will sweep her off her feet with declarations of love and big romantic gestures.

He cares deeply for his loved ones and wants to nurture them, making Scorpio protective of Taurus in a relationship. A Taurus woman is similarly devoted to her partner and wants to take care of him, too.

But a Taurus woman will have to learn to be more sensitive so she can avoid hurting her Scorpio partner’s feelings, and he must learn to stop taking everything so personally and not lash out when he gets offended.

Couples often mistake an emotional bond for a mental connection, but you can easily have one with the other. The best relationships stem from both a mental and emotional connection.

A Taurus woman and a Scorpio man might have dissimilar emotional tendencies, but their minds are in sync.

They are both highly driven and hard-working individuals who can focus on their goals with laserlike intensity. While they are slow to initiate projects, they are great at seeing any task they begin through until it’s completed.

They respect each other’s intelligence and are at their best when collaborating on a project that helps them obtain a common goal.

For example, working together to build their dream house or start a business is a fantastic use of the mental connection between Taurus and Scorpio.

When a Scorpio man and a Taurus woman experience breakdowns in their emotional bond, they can use their mental connection to resolve their issues.

A Taurus woman is skilled at compartmentalizing her feelings and setting her emotions aside to deal with problems in a logical and rational manner.

A Scorpio man admires this trait because it’s one he has to develop, and his Taurus partner can teach it to him.

When they have disagreements with each other or face obstacles together, the Taurus lady can show her Scorpio guy how to react with grace and composure.

As long as they have common interests and goals and can find mentally stimulating projects to discuss, mental compatibility shouldn’t be an issue for a Scorpio and Taurus couple.

Mental and emotional compatibility is important, but without a sexual connection, two zodiac signs might as well just be good friends instead of romantic partners.

A Scorpio man and a Taurus woman are sexually compatible to an extent, but they will have to put some effort into keeping their sex life interesting and exciting, especially the Taurus partner.

In the beginning, the spark between Scorpio and Taurus in bed is hot and bright. These two signs are both very sensual lovers with high libidos, so at first glance, they are a good match for one another sexually.

But over time, a Scorpio man will realize that some of his sexual needs and desires aren’t being met.

A Taurus woman hates feeling inadequate or less than perfect in any way, so it’s difficult for her to grapple with the idea that she might not be satisfying her partner in bed.

A Taurus lady likes lots of sweet, sensual, romantic sex. She’s not into anything too vulgar or carnal, and she’s not very experimental.

While a Scorpio man enjoys all the sensual, passionate sex at first, he will start to crave more variety in his sex life.

Scorpio is known as being the sexiest sign of the entire zodiac, and a Scorpio guy embraces this label wholeheartedly. There is no taboo too dark for him and he loves trying new things in the bedroom.

A Taurus woman isn’t a prude but she will be reluctant to attempt some of the things her Scorpio man wants in bed. And while she aims to please her partner, she doesn’t take suggestions or criticisms well.

The Scorpio guy will have to be patient with her and make her feel completely secure and comfortable with him before she will open up to him sexually.

A Scorpio man also needs an emotional depth in the bedroom that a Taurus woman might never be able to provide, no matter how hard she tries.

She’s not a very emotional person, so a Scorpio man may keep digging for a profound emotional connection in bed that he won’t find with a Taurus partner.

Although their sexual compatibility starts strong, both Scorpio and Taurus will have to be willing to make some compromises and sacrifices to keep their sex life fun and fulfilling.

While their relationship won’t be perfect, the overall compatibility of a Scorpio man and Taurus woman is very strong. These two zodiac signs are likely to click at first sight, and once they start a relationship, it’s unlikely to end.

They both have to work on being less stubborn and controlling if they want their relationship to work.

If they channel their powerful energy into a common goal instead of using it to hurt each other, they can be an unstoppable force together.

They must also learn to overcome their dissimilar emotional tendencies and communication styles.

Despite their differences, or perhaps because of them, a Scorpio man and a Taurus woman make a great match for each other.