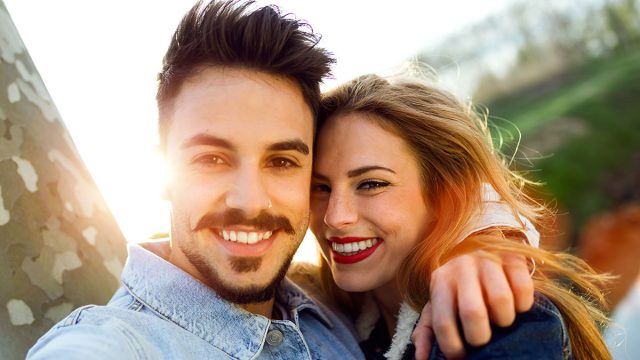 If you belong to one of these two zodiac signs, you might be wondering about the typical Scorpio man Taurus woman friendship.

Are these star signs compatible companions, or do they not get along with each other?

Some zodiac signs are naturally more compatible than others, and you can use astrology to predict whether or not two people are likely to become friends.

You must consider emotional tendencies, social habits, communication styles, and more when determining the connection between two signs.

By gaining a better understanding of their astrological signs, you will be able to calculate the Scorpio and Taurus friendship compatibility.

When it comes to emotions, a Scorpio man and a Taurus woman experience and express their feelings in very dissimilar ways.

These differences don’t make them incompatible as friends; in fact, their contradictory emotional natures can strengthen their bond.

Some friendships are based on similarities, but when it comes to Taurus and Scorpio, their emotional tendencies are complementary opposites.

Scorpios often try to hide their sensitivity, but they are deeply emotional and intuitive. They experience their feelings profoundly and are very in touch with their emotions.

Their innate sensitivity means that it’s easy to hurt a Scorpio man’s feelings, but he is also sensitive to the feelings of others and he knows how to avoid hurting people.

A Taurus woman takes the opposite approach to her emotions. She may come off as sweet and gentle, but she is surprisingly tough and resilient. It takes a lot to penetrate her thick skin and hurt her feelings.

A Taurus lady is kind and caring, but since she lacks the innate sensitivity of a Scorpio man, she sometimes puts her foot in her mouth.

She can be a bit tactless and might say the wrong thing to upset her Scorpio friend. And when a Scorpio man is hurt, he tends to retaliate by lashing out.

A Taurus woman can teach her Scorpio pal to be less sensitive and see that everyone is not out to get him.

In return, the Scorpio guy can help a Taurus woman get in touch with her feelings and be more aware of the sensitivities of others.

Scorpio and Taurus have very similar values, which helps them form a solid foundation for a friendship.

They both want money, power, and love more than anything. A Scorpio-Taurus physical attraction might form at the beginning of their friendship because both of these signs want love so badly.

They might mistake their platonic connection for a sexual one, but if they can ignore these impulses or get them out of their systems, they can enjoy a nonphysical bond.

Once they clear up their lust, a Scorpio man and a Taurus woman can give each other relationship advice and help them meet members of the opposite sex.

They will also support one another’s career endeavors and business projects because they have the same drive and ambition.

Communication is important in any friendship because misunderstandings can lead to arguments and hurt feelings.

Scorpio and Taurus are both brutally honest star signs, so they can count on one another to always tell the truth.

They both need to be able to trust their close friends, and they have a reliable and honest friend in each other.

A Scorpio man is good at reading non-verbal cues like facial expressions and body language, which comes in handy when dealing with his Taurus friend.

A Taurus woman is a very physical communicator. She shows what she’s thinking and feeling through touches and glances more than her words.

A Scorpio man picks up on her signals and can express himself to her the same way, making them very compatible in terms of communication.

Two friends must have compatible social habits to get along and maintain their friendship.

If one friend always wants to stay at home with a movie while the other wants to go out and party, they miss opportunities to spend time together.

Scorpio and Taurus first meeting each other will realize that they have similar social habits. They both enjoy being around other people, but not in too big of a crowd and not for very long.

Scorpio is protective of Taurus and will make sure that she is comfortable in any social situation. He will make her feelings a priority because Taurus and Scorpio are both loyal, devoted friends.

If you’re wondering how a Scorpio man sees a Taurus woman, the answer is that he views her as an ally in social settings.

He knows he can count on her to have his back if anyone tries to argue with him, and she will be willing to leave the party with him when he’s ready.

They will enjoy many nights on the couch or at a restaurant, having long conversations about their goals and dreams over countless glasses of wine because that’s what they both love to do with friends.

A Scorpio man and a Taurus woman are so compatible as friends because they have the perfect blend of similarities and differences in their personalities.

They complement each other well because a Scorpio man’s weaknesses are a Taurus woman’s strengths, and vice versa.

A Scorpio guy is sensitive and emotional, while a Taurus lady is practical and logical. He is intuitive and sentimental while she is rational and pragmatic.

While they have many differences, they also have a great deal in common. They both put their relationships first and are very loving.

They can also be quite controlling and power-hungry. They have lofty ambitions and will stop at nothing to achieve their goals, and they respect these qualities in each other.

A Taurus woman and a Scorpio man have both positive and negative traits in common. One of their most significant similarities is their obstinance.

Their shared stubbornness is what causes most of the drama between a Scorpio man and a Taurus woman. In Scorpio and Taurus arguments, neither friend will be willing to admit that they are wrong or be the first to apologize.

If you’re asking yourself, “Is Taurus stronger than Scorpio?” The answer is that they are an equal match for each other when it comes to standing up for themselves.

They can both dig their heels in and hold their ground for eternity, waiting for the other person to admit their faults and apologize.

Another similarity is their need for dominance and control. This may come as a surprise to those who don’t know them well because Taurus and Scorpio both come across as accommodating and easy-going at first.

But once you get to know these two signs, you can see that they need to exert their authority and have power over others.

Taurus and Scorpio fight, it will be due to power struggles in their friendship. They both want to be the dominant one who calls the shots and makes the big decisions.

A Scorpio man is more manipulative and sneaky in his approach to controlling others, while a Taurus woman is more obvious and direct about it.

But they both want to have control over each other and their other friends, which can lead to disagreements and hurt feelings.

Their similarities aren’t all negative, though. A Taurus lady and a Scorpio guy also share an admirable work ethic.

They both want to achieve a lot for themselves and their families, and they aren’t afraid to work hard and get their hands dirty to make their dreams come true.

They are also both caring and loving, and they will sacrifice themselves for the people they love the most.

While Scorpio and Taurus have many differences that make them complementary, they have plenty in common, too.

When two signs are too dissimilar, it can cause tension because they don’t understand one another and can’t find common ground to build a friendship.

But with Scorpio and Taurus, most of their differences work harmoniously together to make them more powerful together than they are as individuals.

The biggest difference between these two signs is how they handle their feelings. A Scorpio man is in touch with his emotions and can be very sensitive, while a Taurus woman thinks with her head instead of her heart.

They can learn a great deal from each other if they choose to let this difference work to their advantage.

A Scorpio guy can help a Taurus lady become more tactful and considerate, while she can help him grow thicker skin and not take everything personally.

For a Scorpio man and a Taurus woman, problems arise when they allow their emotional tendencies to come between them.

If the Scorpio man gets offended at everything his Taurus friend says or she criticizes him for showing too much emotion, they will become uncomfortable around each other and damage their friendship.

But if these two signs can extend some grace and look at each other with a loving gaze instead of a critical eye, they could teach one another important lessons and make lifelong friends along the way.