Are Scorpio Men Submissive in a Relationship? 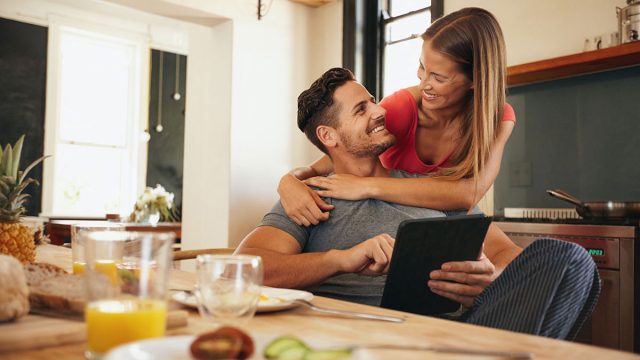 If you’ve wondered if a Scorpio man’s submissive, the answer is seen in his actions.

He’s seldom submissive. When you see signs that a Scorpio man has feelings for you, he may be docile at first. He may be buying his time.

If you’re wondering how to tell if a Scorpio man is using you, pay attention to his actions. If he will not show any vulnerability, he may not be ready for romance.

Scorpio men have a hard time working for other people because they can’t stand being subservient. He needs to at least be your peer if he can’t dominate you.

When a Scorpio man touches you, he will feel the same electric charge that you feel. Though he may know your destinies are intertwined and feel you are his soul mate, he will still insist on having things his way in the relationship.

Scorpio men refuse to submit in relationships. He will hold his breath until he gets his way. His stubbornness is legendary. He may love you, but he will want everything on his own terms.

Scorpio men refuse to submit to anyone else’s will. When it comes to small things, like what restaurant to go to for a date, he may seem lackadaisical and passive.

When he likes you, a Scorpio man will want to please you. He’ll want to make you feel comfortable and secure. Think of this as a courtship phase. He’ll lull you into believing he’s easygoing.

Then, when things get serious, you’ll see that he submits to no one. He will become dominating and insist on being in charge. At best he may meet you halfway on issues that aren’t important to him.

They Won’t Even Compromise

What a Scorpio man wants to hear more than anything is that he is right. When you acquiesce to a Scorpio man’s desires, he’ll fall in love. But don’t expect him to compromise.

He sees it as a sign of vulnerability and weakness to back down from his views. He’s opinionated and determined. He won’t compromise on issues that are important to him.

Though he’ll go out of his way to see that you’re happy and loyal to him, a Scorpio man won’t give you the upper hand in a relationship. He wants to be in the driver’s seat at all times.

A Scorpio man withholding love and affection can be punishing his loved ones for not giving in to his needs. When things don’t go his way, a Scorpio man can become cold.

When a Scorpio man wants you, he will chase you. Yet he won’t jump through hoops to make you settle down with him. He will chase you and then insist that you adhere to his standards.

Understanding the Scorpio man in love will help you recognize his common strengths and weaknesses. One trait that is both strength and weakness is his willful nature.

Scorpio man traits include decisiveness, stubbornness, intuitive instincts and a dashing, intense personality. In line with this is his ability to hold out for what he wants.

Make no mistake, even if a Scorpio man loves you, he won’t back down from his standards. He won’t surrender control. Even if you don’t want to “control” him, a Scorpio man has is sensitive to any sign his boundaries are being breached.

How does a Scorpio man show love? He will make you feel like the center of his universe. He will become obsessed with you and be protective and even jealous. He’ll try to help you overcome your fears.

Whatever your Scorpio man does, though, will be on his terms only. He has a core set of values and beliefs and he won’t stray from these. A Scorpio man finds security in having control.

They Need to Feel in Control

As much as Scorpio men crave intimacy, they often stumble in relationships for just this reason. Scorpio men will unwittingly sabotage a serious relationship rather than soften their boundaries.

They see the world in concrete terms. Their vision and beliefs are part of their foundation. A Scorpio man will not want to give anyone else any degree of control over his life.

A Scorpio man will need to be reassured that you won’t try to change his mind or corner him into a commitment before he is ready. When you can be submissive, a Scorpio man will be more likely to be attracted to you.

How far will a Scorpio man go to feel like he’s in control? He will refuse to accept any information you find that doesn’t fit with his expectations or opinions. He will pivot to change the subject or turn things around to make it seem like he’s won.

He Won’t Submit Even When in Love

Think your Scorpio man will change his tune once he falls in love with you? Think again. Whether you want him to fall in love, propose marriage, move in with you or stop texting his ex, unless a Scorpio man wants to do something, he won’t.

A Scorpio man will lose a great relationship over his willful stubbornness. He will walk away and expect you to conform to his desires. If you don’t, he’ll keep waiting. Years may go by and he still won’t budge.

A Scorpio man will not submit to your desires or will no matter how much he loves you. The worst thing you can do is to get into a power struggle with a Scorpio man. He will hold a grudge forever.

He won’t yield, even when you have clear evidence that you are correct and he is not. He may be deeply in love with you but he will expect you to jump through hoops for him.

Don’t confuse his stubbornness for lack of love. A Scorpio man in love will still hold on to the belief that if you love him, you should be the one to change.

If you see a Scorpio man acting passive, you may feel you’ve won him over. Careful, though, it’s more likely this is actually a red flag. In the few instances in which a Scorpio man acts submissive, it’s a warning.

He’s either up to no good and trying to figure out a manipulation to get his way. He may also be in the midst of a passive-aggressive ploy to get back at you for some transgression.

When it seems like things are going too smoothly or that getting him to go along with your wishes was too easy, remember the old adage. If something seems to be too good to be true, it usually is.

A Scorpio man is good at planting emotional landmines. His passive-aggressive nature can undermine a relationship. Though he may not want to lose you, he just can’t help himself.

A Scorpio man may have something up his sleeve when he seems to be demure. Wait for the next shoe to drop when he seems too compliant. You’ll see the reason he was pretending to be passive.

Usually, he has his own agenda. When he is playing passive it is for a strategic reason. You’ll learn his true intentions after you’ve stepped into his trap. Even when he acts passive, it’s a way to gain the upper hand.

He’ll Lose a Relationship Before Submitting

Never battle wills with a Scorpio man. As much as he loves you, he will walk away in order to save face. He won’t submit to you to keep the peace or play nice.

Scorpio men have a long list of past relationships, both romantic and platonic, that were all ruined by his domineering nature. He will walk away from his own family to prove a point if he feels he must.

Scorpio men look out for themselves first. He will always be his own top priority. When a Scorpio man loves you, he will bend just as far as he has to in order to keep your attention early in the relationship.

Yet after some time, a Scorpio man will feel he no longer needs to accommodate you. He thinks like a hunter. He’ll pursue you and lure you. Once you open your heart, he’s won.

He no longer feels he needs to work as hard to set the stage for your relationship. This is why it may seem like he’s more cooperative early on in a relationship. It is only after he is assured that you are devoted to him that he will show his unyielding side.

A Scorpio man will want to have the last word in every conversation or argument. He may mistake innocent comments for challenges and will push back to make sure to convey the message that you are wrong and he is right.

How Do Scorpio Men Play Hard to Get?How to Get a Scorpio Man to Respond to Your Text
Hello, I'm Liz